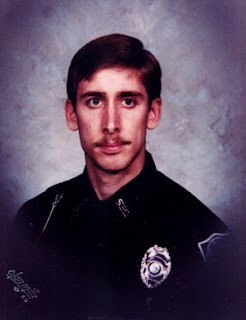 Peter Hyatt as Statement Analysis Blog at 8:44 AM

Given that other people were there, his saying he did not shoot the gun seems most likely to be a reference to there being someone else there who did.

He didnt say that be didn't shoot the gun, he said that he didnt have a gun. He may be referring to not being a gun owner. In this attempt at a denial, he doesn't deny shooting the officer. If that was his purpose in speaking, he failed.

If for instance someone said;

Does that weaken the denial given that they ask a question following the denial.?

If Obama had a son, he would look just like Troy Davis.