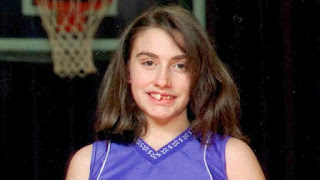 Wendell Noyes on Celina Cass' disappearance.  The use of "we" when it should be "I" is often a signal of wanting to share guilt and/ or responsibility.

Officials said autopsy results did not offer conclusive information as to how Celina died. Toxicology results remain sealed. No arrests have been made or people of interest identified in the case.
Peter Hyatt as Statement Analysis Blog at 6:05 PM

"Noyes was one of the last persons to see Cass, 11, alive. She was reported missing from their West Stewartstown home on July 26. Her blanket-shrouded body was discovered a week later after a massive search, submerged in the Connecticut River, a quarter-mile from home. "

What killer wraps their young victim in a blanket? Is it a relative or stranger who feels the need to "cover up" the horrible crime?

When a body is found covered up it is indicative of the killer undoing the crime, if the face is covered as well then is is often the case the killer is known to the victim.
Mothers who kill their child will often wrap the child in a blanket and even go so far as to include a comforter. The child may be dead yet maternal instinct still causes the mother to make sure her child is warm and protected against the elements.

In a case such as Lisa Irwin or baby Sabrina i would be looking for a missing blanket, with Madeleine Mccann there was a photograph of her favorite pink blanket on her bed the night of the crime yet later on it vanished (did kate take it to Madeleine when her body was moved?)
I wouldn't expect a blanket as a comforter with Ayla Reynolds as her killer was her father aided and abetted by the other women in the house. There would be no maternal bond thus no instinct to kee her warm or comforted. There may be a blanket used to wrap her body that was perhaps used to cover her whilst they decided what to do, it my also have been bloodstained and so neding disposal a well.

Anonymous said...
Why all the rehashing of old cases?

Reading the Baby Aisenburg case and comparing it to Lisa Irving, Ayla Reynolds and Madeleine Mccann they are almost identical ( i noted this particularly with the aisenbergs and the mccanns)
In fact you could easily swap the names around or remove them completely and they would read the same.

Innocent parents act a certain way, guilty parents another.
Both are consistent and easy to see and follow.

By 'rehashing old cases' it refreshes our memories when it comes to SA, something in an old case can trigger an idea or a memory in a new case and vice versa.

With SA the principles stay the same for every case, we can't pick and choose what to apply where and when, we can't apply them to one case and not another because the subject is rich, famous, a celeb or just good looking.

I have seen this happen in many cases where the guilt is obvious, the subject has told us of ther guilt and even the motive and commentators have agreed with the guilt of the first person and not the second.
the differences being one victim was a child, the other a woman, one took place in the states, the other italy, one had a dysfuctional family the other a healthy family, one had money one did not, one was smart one was not.

I have seen commentators apply the priciples to casey anthony and declare her guilt beyond all reasonable doubt, yet claim SA doesn't work and numerous other excuses when applied to amanda knox.

We either accept and apply the princples and the conclusions regardless of what we want to believe emotionally or we don't apply them at all and and stick with they couldn't have done it because they are rich, famous, a celeb or good looking.

It's all or nothing.

Excellent explanation Hobs. Sometimes it's hard to analyze without my prejudices and emotions getting in the way.