Having escaped arrest for assaulting Carnel herself, the mother of the dead child has now been arrested for a drug sell.

Taking in monthly funds, waitressing, and the ghoulish marketing of all things Carnel, Jaime Chamberlain is in jail on drug dealing charges. 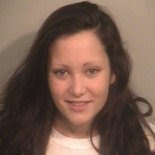 Jaimee Chamberlain
PETOSKEY, MI — The mother of 4-year-old Carnel Chamberlain, the boy found dead in June after a week-long search in Mount Pleasant, is jailed in Emmet County on three felony drug dealing charges.
Jaimee Chamberlain, 21, was arraigned in Emmet County District Court on Dec. 17 on three felonies in connection with a "controlled buy" executed by the Petoskey Public Safety Department, said Emmet County Prosecutor James Linderman.
Chamberlain is charged with possessing with intent to deliver less than 50 grams of cocaine on or near school property, possessing with intent to deliver less than 50 grams of heroin on or near school property, and possessing with intent to deliver marijuana.
Linderman said Petoskey police officers purchased the drugs from Chamberlain in a parking lot near a 7 Eleven. The parking lot was within 1,000 feet of a school, Linderman said.
The school property charges carry a minimum sentence of two years in prison and a maximum penalty of 40 years in prison, Linderman said. The marijuana charge carries a four-year maximum penalty. 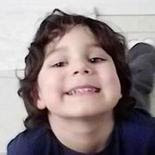 Carnel Chamberlain
Chamberlain on June 21 left her home on East Tomah in Mount Pleasant to go to work and left her son, Carnel, at the home with her boyfriend, Anthony M. Bennett, police have said. That day was the last day Carnel Chamberlain was seen alive, and after a week of searching, police found his badly burned body underneath the porch of the home.
Federal prosecutors in July charged Bennett with assaulting Carnel Chamberlain. Last month, Bennett was indicted on a charge of first-degree murder, as well as six other counts, in the death of a child with the initials of "C.C."
Jaimee Chamberlain remains jailed in the Emmet County Jail on a $75,000 bond. She is scheduled for a Jan. 4 preliminary hearing.

Peter Hyatt as Statement Analysis Blog at 10:56 AM

The death of Carnel was the direct result of Jaimee's neglect and abuse of him. She gave Anthony Bennett unrestricted access to Carnel.

Now we know why she was a toxic force...drugs.

Jail time will give her a chance to "sober up" and think about her behavior. Maybe she will feel some remorse for her part in the death of her son.

Rest in peace, Carnel. You have received justice for your suffering and death.

I wonder if the "drug buyers" chose the purchase location? Not that I would think that was a bad thing, to set her up for more serious charges of selling near a school. Not at all. There are many people who think she is as much to blame for Carnel's death as Bennett.

Personally, I think she chose Bennett into her life to give her a permissive atmosphere for both to severely and constantly abuse Carnel. That Bennett finally did the final killing while she was not at home is almost meaningless.

Throw the book at her! Keep her in prison for all long as possible. She is certainly guilty in allowing or perhaps more the death of her beautiful son.

good. I hope she never gets out. i hate women who don't protect their children. it is our one and only job in life that you cannot quit or fail! She failed miserably!

Tigger,
Please ignore the ignorant troll. ITA with you!

Jaimee Chamberlain, the mother of 4-year-old Carnel who was murdered in June, is in the Emmet County Jail accused of selling cocaine, heroin and marijuana to an undercover police officers.

Chamberlain, 21, of 7340 E. Tomah Road, Mt. Pleasant, faces a pre-trial conference Dec. 31 and a preliminary exam in front of Judge Erhart on Jan. 4.
--
Emmett County, Petoskey Dept Safety arresting. She by Map, 145 miles north of Mt. Pleasant, selling drugs to Narcs. Within the city limits of Petoskey there is another Tribal ran Casino Resort. Areas of Rez all surrounding.
http://www.odawacasino.com/about-us/where-we-are.html
http://www.ltbbodawa-nsn.gov/

Is this why she is " Smiling" in her booking photo? she was staying with friends family, her peeps? thinking she had a ace in the hole? According to Vinelink, she is still in custody of Emmett County Sheriff
JAIMEE LEONALOUISE CHAMBERLAIN
Offender ID:
19975
Date of Birth:
05/08/1991
Age:
21
Race:
Native American
Gender:
Female
Custody Status:
In Custody
Location of Offender:
Emmet County Sheriff's Office

Pre-Trial Conference
The Circuit Court may schedule a meeting between an Assistant Prosecuting Attorney and the defendant's attorney to determine whether the case will go to trial or be resolved with a plea.

Pretrial Proceedings
The Circuit Court Judge may be called upon to resolve various pre-trial issues, some of which determine whether the case will continue to a trial, be resolved with a plea, or be dismissed; whether evidence will be admissible at trial; etc.
-
Found a Michigan Law site, on Controlled buys, will post.

In Michigan, these drug enforcement squads aggressively pursue suspects in drug crime investigations, often enticing and entrapping people into committing crimes for which they will later be prosecuted. The use of "snitches" that "roll over" or "rat out" their friends and family members is the most common method of investigation.

Virtually all persons caught with illegal drugs by these drug teams are asked to supply information about drug dealers, and many are asked to conduct dangerous controlled buys of illegal drugs for the police. Victims of drug team enforcement are often subjected to significant violations of their constitutional rights. This includes the right against self-incrimination, the right to counsel, and the right against unreasonable search and seizure. The drug defense attorneys at Kronzek & Cronkright, PLLC can help. Our practice area includes all counties in the Lower Peninsula of Michigan, and we have a history of success as Michigan drug crime defense attorneys.

Defense to a drug charge frequently centers on whether or not law enforcement officials properly gathered the evidence they plan to use in prosecuting the case against you. Evidence obtained by law enforcement in violation of your constitutional rights, no matter how persuasive, is usually not admissible in court.

If such evidence is found to be inadmissible, often your case will be dismissed or will result in a very favorable plea bargain.

Most challenges to the admissibility of criminal evidence are based on the Fourth Amendment, which protects citizens from unreasonable searches and seizures.

For example, sometimes search warrants are not properly obtained (or perhaps not obtained at all), or sometimes probable cause does not exist to support a search. In addition, Michigan law enforcement agencies often recruit a confidential informant (CI) to make a "controlled buy" of drugs from a suspect.

State regulations require that the police follow a specific protocol for such controlled buys or stings. If such a protocol is not followed, your case might be too weak to prosecute successfully.

There might also be the possibility of an entrapment defense if it can be shown that the police (or their agents) enticed you into committing an act that you would not otherwise have engaged in.
--
http://www.aggressivecriminaldefense.com/Practice-Areas/Drug-Charges.html

Loopholes galore, many MI Drug laws explained in the above link.

I cannot get over her smiling on her booking photo. No Fear.
Is she that dense or she knows the charge/s are not going to stick? She seems to have been around the block more than once. November 2012, innuendo's made in the press by Kevin Chamberlain, that charges may come for JC, related to Carnel. I have the presser will post.

Nov 7, 2012.
An indictment released today charging Bennett with premeditated murder only names the child as "C.C." Officials could not confirm the identity of the child.

Kevin Chamberlain, spokesman for members of the Chamberlain family, said the family found about it from a media text message alert on the afternoon of Nov. 7, the same day the charges were announced.

"We were a little bit shocked, but cautiously hopeful," Chamberlain said.

"We're relieved that the charges were brought, but we also realize that this is probably going to get uglier before it gets better. We'll have to delve into the case deeper and hear the specifics of the case."

Officials have not released information about Carnel Chamberlain's cause of death, but have confirmed that his body was found badly burned underneath the porch of the home.

Kevin Chamberlain said the family is unsure if charges will be brought against Carnel's mother, Jaimee Chamberlain.

"As a family, we still have a long road," Chamberlain said.

With news of the charges, the family is trying not to let the vindictiveness consume them.

"We don't want to be consumed with hate or looking for vengeance " Kevin Chamberlain said. "It's an easy thing to do, but it's a dangerous and unhealthy road to go down as well."

The family is now focusing on plans to tear down the house on Tomah and creating a memorial in the spot where Carnel Chamberlain's body was found.

They had made some progress toward creating the memorial site, receiving word from investigators to proceed with plans, Kevin Chamberlain said, until the FBI notified them about a week ago that their access to the site would be restricted longer.
---
Nov 2012, the house, property was still under Federal seizure. The house to be restricted longer further from the family IE: Jaimee. She is one who resided in the house, not Kevin. 5 months post Carnel found and the house, property still off limits.

Carnel's Autopsy (COD) results never said, if they are in or yet pending. Carnel's remains whereabouts never said, if he was returned to family for his funeral, or he is still being held. The reasoning of the property remaining a crime scene in November why?

Trigger, I'm thrilled Jaimee Chamberlain is in jail, but I certainly don't consider that justice for her part in Carnel's death. Justice for his death needs to be served to both Jaimee and Anthony Bennett, swiftly and strongly.

The justice that I'm referring to is that Jaimee and Anthony are both being prosecuted separately.

She is being prosecuted for crimes where there is hard evidence, just like Ronald Cummings, Misty, and Tommy.

Anthony is being prosecuted for the death of Carnel, even though Jaimee was compliant in his death by allowing a dangerous man to abuse him.

I 'm sorry to have to say this, or even think it (and I'm not really a mean and evil person); but somebody needs to shoot Jaimee Chamberlain right between the eyes. Anthony Bennet next, after slowly torturing him over hot burning coals. Anything less is too good for these two.

Jaimee and Anthony will have the benefit of a judge, lawyers, judicial examination, and all the protections under the law.

Carnel did not receive any of these things, before he was sentenced to death.

Oye, is Anthony's mom around again?