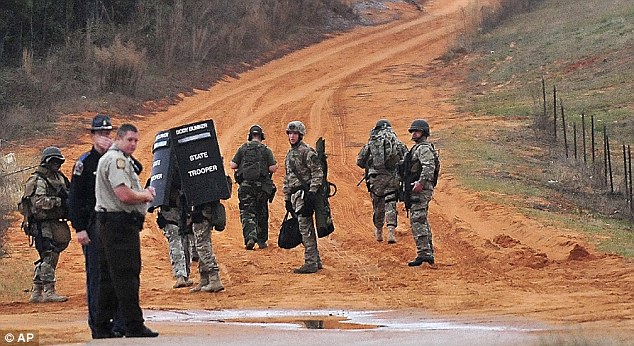 The 5 year old boy being held underground has received medicines as his captivity continues this morning with no break in the case.

His parents are said to be "holding on by a thread" as hostage negotiators continue to communicate to the captor through a plastic tube.

Jimmy Lee Dykes, 65, a Vietnam veteran described by authorities as a loner with anti-government suspicions and by neighbors as a paranoid menace, is suspected of taking the boy after storming his school bus Tuesday afternoon. School bus driver Charles Albert Poland Jr., 66, was killed in an attempt to protect the children.

Dykes is said to have beaten a neighbor's dog to death with a pipe, and has, according to former neighbors, a reputation for angry outbursts and threats of violence. 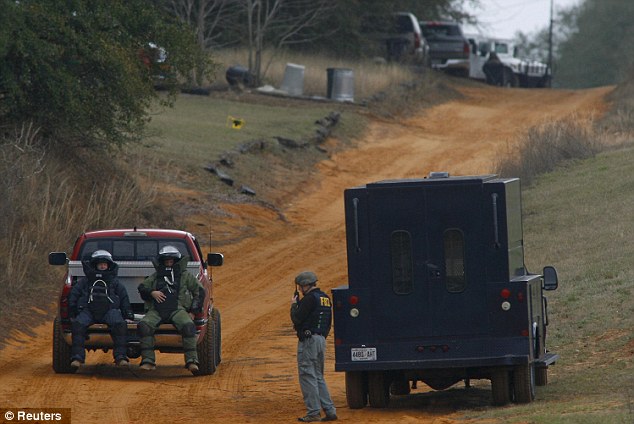 He told reporters that the boy suffered from Asperger's syndrome and attention deficit hyperactivity disorder but had been able to get his medicine while held captive.  It is unknown what the boy's behavior has been like, or if any communication with him has taken place.
Here is a quote from Clint Van Zandt expressing the opinion that the captor does not want to harm the child:
"He doesn't want to hurt the child. He didn't take the child to hurt him.  The child is simply the means to keep law enforcement from crashing into his bunker right now."
He added: "Time is on the side of the negotiator."

This may be so, in terms of intention, but not according to history of the suspect.  Past incidences of violence are predictors of future violence.  What happens if the captor loses hope?  What if he feels his shield is no longer a valuable tool? What if his rage turns towards a boy who is hyperactive?

These factors must be weighing heavily on the minds of the negotiators just as his willingness to kill the bus driver does. 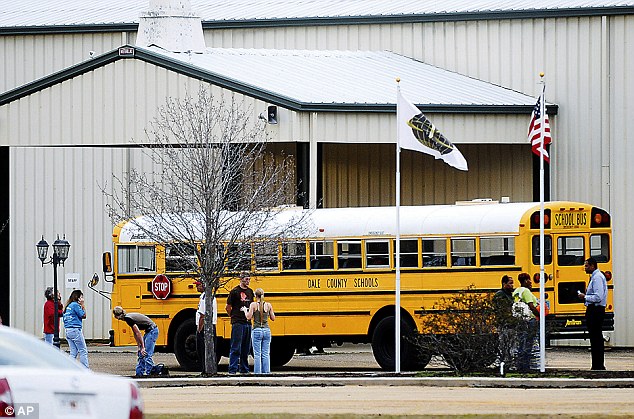 James Arrington, police chief of the nearby town of Pinckard, told The Birmingham News that Dykes has been known to stay in his bunker as long as eight days.  It is not known if he has stayed in the bunker this long, by himself, or if he has had contact with the outside world.
The source told NBC News that the man believed to be Dykes walked onto the bus on Tuesday with a note, demanding that two children be handed over to him. The bus driver refused and was shot and killed.
He said said the kidnapping appeared to be a "random" act by Dykes.

It is not known yet why he sought two boys.  We note from press reports his gender choice.

If it was just for a "human shield" for a standoff, why gender specific?

Please check by for updates and analysis of any statements made in the case.


Peter Hyatt as Statement Analysis Blog at 6:56 AM

Please do a statement analysis on the recent statements made the husband of missing Jennifer Ramsaran of New York. Link here: http://thedailystar.com/localnews/x1423436202/Officials-seek-leads-on-missing-area-woman/print
and there is a recent tv interview he did as well that is ripe for analysis. Thank you!!

Agreed! Would very much like to see someone analyse the statements!

This story gave me nightmares last night! I can't even bring myself to think of what the parents must be feeling right now as a murderer is in control of their son. I don't buy that the two boys he demanded were only meant to serve as a human shield...because if he hadn't kidnapped anyone he wouldn't be in a standoff right now. He could stay down in his bunker til he rots without being bothered by the police if he didn't have a kidnap victim with him, so his reasoning of needing a shield doesn't fit until after his crimes had been committed. Has the officer quoted not taken this into consideration or is he just trying to keep everyone hopeful of a safe resolution?!

He sought two boys so he would have a spare, which is frightening. The media is downplaying his potential for violence because he has a tv and is listening.

The child has ADHD and Aspergers? I hope they are not only giving him his regular meds but something a lot stronger to keep him as sedate as possible. That poor baby! He is already being harmed, just by being there.

Praying for this little boy and his family.

Peter, I would like to be your "friend". I have respected and admired you since your days on Caylee Daily. I miss you. What is the best way to easily get/read all of your comments? Thanks so much ~ J.

Too bad the bus driver didn't have a gun.

or a flamethrower..
or something.
But that would be unsafe.

Anonymous said...
Peter, I would like to be your "friend". I have respected and admired you since your days on Caylee Daily. I miss you. What is the best way to easily get/read all of your comments? Thanks so much ~ J.

With this man being a Vietnam war veteran. I bet his job was rat holing to set bombs and he is used to being underground like this and i bet he has the bunker/bomb shell room set with a bomb that no one is getting in. I just hope that the man gets a heart and let this boy go. The boy is innocent and very scared. It just breaks my heart but i really don't see this being a happy ending. GOD help this little boy and keep him safe and calm so this man doesn't snap.

""He doesn't want to hurt the child. He didn't take the child to hurt him. The child is simply the means to keep law enforcement from crashing into his bunker right now."

Law enforcement wouldn't be at his bunker if he didn't hostaged a child. Sounds really ignorant to say.