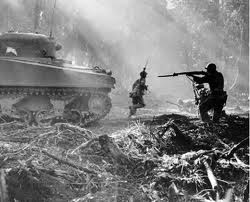 A statement can be labeled "unreliable" yet still be a truthful statement. This is why the skill of the analyst is seen through the conclusion.

In an investigation, it is 'safe' to say, "this is an unreliable statement" rather than conclude that it is either deceptive or truthful on its structure.

We are aware that a statement can be, itself, deemed "unreliable" if the suspect has been interviewed first, yet it is that we seek to push (or learn) the subject into the free editing process.

What can cause one to, for example, speak in the present tense, of a past tense event?

Speaking in the present tense is unreliable for analysis, and may indicate that the subject is making up his account.  The past tense verb, along with strong pronoun usage, links the subject to the event.

"Johnny is a good kid.  I see him get up, and I yell to him to get down and he is running, running straight towards those bastards when I see him get cut down by that thing.  It scared us more than any weapon the Germans ever used.  He is dragging himself on his knees, picked up his shot off leg, and carries it towards the others kids."

This account was given more than 20 years after the event, in France, during World War II.  The subject is in the present tense, making it "unreliable", yet when speaking of the German small mines, he connects to the past tense "it scared us more than any weapon..."

Was it unreliable due to a hazy memory?
Was it present tense because he was living it out, as he spoke?
PTSD?
Was it a nightmare and untrue?

It is deemed "unreliable" for the purpose of analysis. It does not mean it did not happen, but more is needed, including the exploration of how the subject speaks of his experiences in the war.

Peter Hyatt as Statement Analysis Blog at 8:55 AM

I know this is just an excerpt so the fact the 'Johnny is a good kid' might fit in with the beginning and/or rest of this blurb, while here it is extraneous, nor do we know why e is runnning. Also, he's running towards 'bastards' who shot of his leg, yet he picks up his leg, walks on his knees to show it to some 'kids'. Do bastards become kids after they take a leg? Or is he showing someone else. Obviously there is a whole lot of missing info but those two things stick out.

Ever since I've been reading this site and become aware of the issue of tenses, I've noticed how common this is. Some people always slip into present tense when they are describing an incident that happened to them. I do it myself at times, also.

So if I am understanding this lesson correctly, the present tense part of the description is just unreliable- it may be accurate or it may not. We need to take that section of the narrative and ask more questions in order to ascertain.

OT: On 4/30 The stabbing of an 8-year-old girl in her home in Valley Springs, Calif., has residents of the small town loading their guns and keeping their kids home from school as police – who have few clues – search for the killer in hilly, remote terrain.

Police say Leila Fowler's 12-year-old brother, who was home with his sister on Saturday, spotted an intruder, who ran out of the house. The boy then discovered his sister severely injured and phoned his parents, who were at a Little League game.

Authorities have arrested the 12-year-old brother of an 8-year-old girl who was mysteriously stabbed at her home in a rural Northern California community last month.

The boy, who was not identified, will be charged with homicide, Calaveras County Sheriff Gary Kuntz told reporters Saturday night.

I wonder if it was Statement Analysis that made them take a closer look at the brother, forensic evidence or a combo of both?

I would have expected 'johnny was a good kid' as johnny, being good, would not have been part of the actual trauma. However I do know that people slip into present tense when recalling a particularly horrible event because I have been witness to that with my own eyes and ears. Is this an actual statement, or was it made up by someone as an example?

Periwinkle ~ I was sure that the brother had something to do with that little sister's stabbing, but I didn't want to say anything and have a lynch mob on my porch.

The thing that struck me as odd? Why would a grown man stab a little girl to death, and then, when confronted by or just seeing an unarmed 12 year old boy would run away? It seemed to me the logical thing for the intruder would have been to kill him too, and not leave a witness.

"Was it present tense because he was living it out, as he spoke?"

I think this does occur in several instances:
1. The more traumatic the event.
2. With a sudden or unexpected event.
3. Unresolved event.

With these cases, the speaker may speak in the present as if he/she is still living through the event.

As an example, I had to jump from a truck once. I told the story as part of your exercise. I slipped into this present tense statement, "Next thing I know, I'm skimming down the road with my face pounding into the gravel." The only reason I can fathom that I went to present in that part is that I can see and feel that part. I'm there when I think of it.

That statement led me to think that Johnny is still alive. That would maybe lead to the speaker to speak of Johnny in the present tense.

The level of trauma/horror experienced must be weighed against tense usage. I think that a traumatic experience can actually rewire your brain, therefore memory and even language will be affected. One of the first lines of defense in regards to trauma is that the brain will begin some separation process in order for the person to survive. I am not a scientist. I could be wrong.

If it's an innocent fictional character, Boo Radley?