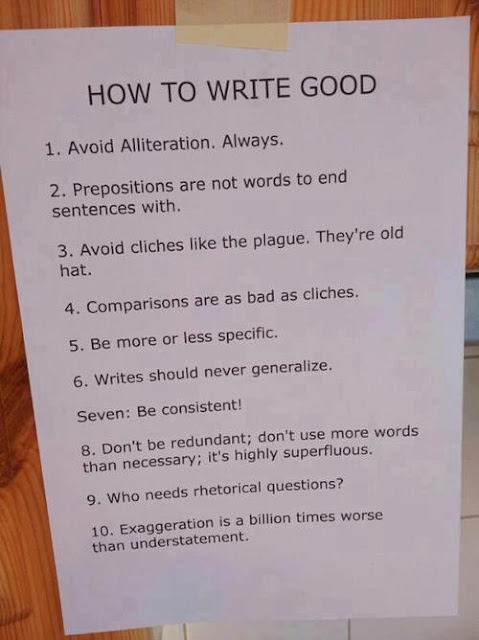 Thanks for the laugh.
(Nanna Frances is going to get hives reading the list :)

Please help find Ayla
REPORTER: Can you kind of give me just a recap of THE DAY THAT
HAILEY WENT MISSING?

SHAWN ADKINS: YES. THAT MORNING, I DROVE TO work.I quit MY JOB. I TURNED in MY beLONGINGS, and I didn’t SPEAK TO noBODY at work, and I LEFT work.

stopped BY THIS RESIDENCE.


"NoBODY WAS HERE, SO I CONTINUED going towards C. City,


AND I GOT ON I-20, AND I WENT TO BIG SPRINGS, TO MY MOTHER’S HOUSE, AND I MADE CALLS on my cell phone to my mom, LETTING HER KNOW THAT I QUIT my job AND EVERYTHING,"

AND I GOT TO my mom’s house THAT DAY,

AND I GOT ON THE INTERNET, LOOKING up unemployment TO SEE IF I could get, YOU KNOW, AN unemployment CHECK TILL I COULD GET BACK on MY FEAT AND EVERYTHING,and THAT WAS MY DAY,

and then I CAME home, AROUND, I GUESS like 3 o’clock I GOT THERE,

AND HAILEY WAS THERE watching T.V. IN THE LIVING ROOM,

(AND I WENT… SKIPS TIME)

AND I WENT into ME AND BILLIE’s bedroom, and SHE CAME IN THERE AND TOLD ME that SHE WAS GOING TO her father’s house, and that SHE WAS staying the night with A FRIEND, and then SHE LEFT, and then I WAS THERE BY MYSELF FOR maybe an hour at THE MOST,

and then David and A FRIEND CAME over, and THEY WENT TO his room,


and they WE’RE PLAYING VIDEO games AND SO FORTH,

and BILLIE CALLED ME and TOLD ME that, that HER RELIEF got there, and that SHE WAS GONNA GET to leave A LITTLE early, SO I WAS UP there at the hospital in Snyder around 6 o’clock TO PICK HER UP, and then WE CAME BACK, and then WE WENT to bed shortly AFTER THAT.


REPORTER: And this whole time, you were thinking Hailey was at a friend’s house?

REPORTER: About what time did she say she was leaving?

SHAWN ADKINS: About WHAT TIME HAILEY WAS leaving?

SHAWN ADKINS: I guess IT WAS SOMETIME BETWEEN three and 3:30 when SHE SAID SHE WAS leaving. IT WAS, like, shortly AFTER I GOT THERE. I’M not REAL SURE about a time.

SHAWN ADKINS: it’s pretty NORMAL FOR HER to just not call, ’cause SHE USUALLY just DOES THAT though,’cause SHE DOES stay the night at A FRIEND’s house, SHE’LL BE back THE NEXT morning, SHE, THAT’S very COMMON OF HER, and IF SHE GOES OVER TO her dad’s, THEN, YOU KNOW, SHE usually WON’T CALL EITHER, ’CAUSE SHE’LL, SHE’S just right across the street from where BILLIE LIVES.

As I was laughing I was wondering how often I break those rules. :-0)

A preposition is not something to end a sentence with.

The title was enough for me! I don't want to read the rest, it will feel like homework!! Hehe

Sins against the English language seem to be easily forgiven on this blog. I find that to be a delicious irony. Mint Juleps are more delicious and I will finish my last one before Derby Fever wears off and I'm simply considered a heavy drinker.

Ah you know Peter has a reason for posting these... C'mon, give!

Thanks for the chuckle. :)

Whenever we are stuck trying to figure out a problem, and then we find the answer, my dad will say, "There, that's more gooder." I find myself saying that in similar situations. So, I think the title should be, "How To Write More Gooder". :)

"Ending a sentence with a preposition is something up with which I will not put."

~ she says from the naughty corner ~