"Understanding the Word, "Never" in Statement Analysis"
by Peter Hyatt 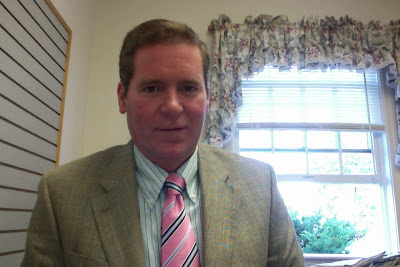 "I've never used performance enhancing drugs" said Lance Armstrong, on more than a few occasions. I have noted this as an "unreliable denial" and one that deceptive people often use.

"I've never used performance enhancing drugs" said Marion Jones, who was indicated for deception, in spite of an award winning performance that was hailed by some body language analysts as genuine.

Please note that there is a difference between "unreliable" and "deceptive."

When we use the word "deceptive", we are often viewing a conclusion.  The skill of the analyst in drawing a conclusion comes into play particularly where a number of sensitivity indicators are present.  Learn first:

For example, in an open statement, if I were to say, "I have never killed a man" it is a truthful statement.  It is true:  I have not killed a man at any time in my life.

Let's look at a specific allegation, however, that is answered by the word, "never."  Psychologically the word "never" may give the subject the sense of broadness, or a 'watering down' or 'sharing' of time.

This question is specific and is a "yes or no" question.  We will take note of every word after the word "no" as important, but what if the subject answered:

The question was specific to a period of time ("last week").  The answer is broad and compasses all time ("never").  It may be that guilt leads a subject to 'spread out' the answer, over time, seeking to "move away" from the time specified in the question.

A.  "I've never had a drink on the job" is an unreliable answer.  The question specified Monday, reducing the time of the prior question (week) to a single day.  The answer avoided the specific day in question.

This answer remains "unreliable" though it may be true.  We seek to get a subject to use  his own language.  Here, the subject reflects back the language of the interviewer, reducing reliability.  It still may be true that he did not drink on the job Monday, nor ever, but we need to hear his own words.
The skillful interviewer will seek to bring the subject into the "Free Editing Process" where he choses his own words.

Q.  "There is a question about drinking on the job last Monday.  How do you speak to it?"

For Lance Armstrong or Marion Jones, neither was able to say "I did not use performance enhancing drugs" in open statements.  IN the case of Armstrong, I followed his career (and statements) carefully and did not find, at any time, a use of a reliable denial, which would have been easy to do, going back to the earliest questions about his use.

He was deceptive in his answers, as he was given enough time to tell us he didn't use, but could not bring himself to do so.  We learned that not only did he use, but he also used a common tactic of sociopathic liars:  attacking those who accused him, seeking to destroy their lives by using his massive wealth to force them to settle into silence.

He was successful in this.

When he gave his Oprah "mea culpa" he was also indicated for deception.

Even while confessing, he was still lying.  It is who he is:  one who will destroy others to favor himself.

I often ask questions that seek to bring out this reality.

I ask, "When was the last time you stole from your employer?" in an out of sequence manner in order to catch the subject off guard.

Most everyone has stolen something in life.  I am looking for honest individuals.

When I was 16, I worked in the drive-through at McDonald's and gave pretty girls free french fries.  I also have pens on my desk that I do not know how I came into possession of.  If asked the above question, I refer to the 'paper clip' law.  Do I have a pen from the bank drive through window?  Did I use a printed envelop from work rather than pay for a stamp?

Honesty is the key.

You may find, as I do, that liars will tell lies even when it is not necessary.  What does this tell you?

It may be part of their personality.

Listen carefully for the word "never."

If it is a substitute for "did not", it is not reliable.

If the subject is given opportunity after opportunity to say "did not", but refuses to, remember our rule:

If the subject is unwilling or unable to say he didn't do it, we are not allowed to say it for him.

"Never, ever, ever, did I have sex with Amy Fischer."  Joey Buttafuouco

Yer out!
Peter Hyatt as Statement Analysis Blog at 9:45 AM

This is so helpful. Especially No. 6: "The word "never" when accompanied by a Reliable Denial does not nullify the Reliable Denial." People being interviewed on Dateline and 20/20 often use the two together and I didn't know if "never" refuted their denials.

I was watching The 5th Estate last night (a one-hour Cdn investigative program). The VP of communications for ScotiaBank responding to some tough/closed/direct questions about fraud in one of their Mexican branches and the resultant murder of the manager, wasn't capable of providing a reliable denial as to not helping the family of the victim get justice for their murdered mother.

[snip]
The former Mexican prosecutor told Bob McKeown, host of the fifth estate, that in cases of financial crime against a bank, he could not press charges against bank employees unless the bank itself filed a criminal complaint specifically naming them.

But those 16 bank staff may be some of the most likely witnesses, or even possible suspects, for Oropesa’s murder, according to private investigator Paul Ciolino.

“There’s so much motivation to kill her by these people that it’s ridiculous not to look at them closely,” he said.

The company’s vice president of communications, Diane Flanagan, told McKeown that the bank had done everything possible to solve the case.

“I can assure you that if we felt there was any indication there could’ve been a conviction or further information provided to the authorities that would’ve helped with a conviction, we absolutely would have turned that information over,” she says.
[end snip]

It was interesting to watch the former prosecutor's body language when the 5th estate was recanting the VP's statements to him for validation. Shaking the head no, quietly scoffing, rolling the eyes.

Sad for her family.

I love it! It makes sense and it was an easy one to remember and think about it. Thank you.

Peter: Please explain the Pepto-Bismol pink tie. Are you the Easter Bunny?

Speaking of "never" (or in the case below, "not now or ever"), I don't see a reliable denial in this man's statement. Perhaps someone could analyze it further:

If we are not to interpret, as we are learned in SA, then I cant see how "never" can mean anything else than that.

"I have never drank at work". How can that mean anything else if we dont interpret?

Even when asked a special time, like monday or last week, the person tells us that he has never drank at work, covering both monday and every other day.

This (along with the opening of doors, water, showering and such) makes me feel that SA is not always consistent.

On the other hand, greeting a 911 operator, blaiming the victim, claiming to be sleeping, talking about a missing child in past tense, now that is something I understand.

remember that our principles are made of clay, not stone. They are strong clay, but are pliable.

If the word "never" is used when "did not" is appropriate, deem it unreliable. Do not conclude deception on "never" by itself.

We do find that in a general, vague allegation, "never" is used, just as when responded to by a "did you ever...?" question, but when someone "didn't do it", they will often say,

Remember, we are playing a game of statistics and odds.

This is where the skill of the analyst comes into play by interpreting the sensitivity indicators. Where one might say "deceptive" another might say "unreliable; I need more sample."