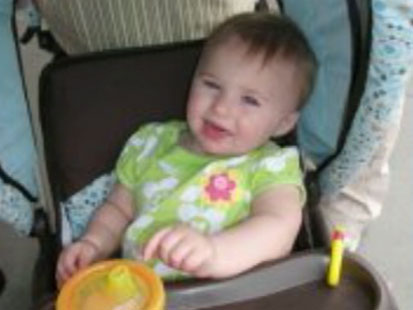 Using the SCAN technique of Statement Analysis, 911 calls are approached no differently than other statements.  The key is:

The Expected versus the Unexpected.

This is the system by Avinoam Sapir from the Laboratory of Scientific Interrogation (www.lsiscan.com) and we remain in the same format as other vehicles:

We begin with making a list of what we expect to hear.  This means that the reason for the call must be considered as our reference point.

If the call is an injured child, for example, we are thus able to write down, prior to listening to or analyzing the analysis, what we expect to hear.

We expect assistance sought for the child, unless the caller, himself (or herself) is administering CPR, for example, and, himself, needs help.

We expect no blame to be assigned to the child.

We expect cooperation from the caller, quite similar to any interview conducted in an investigation.  The Interviewer will get one of two 'senses' from the Interviewee (subject):

That the subject is working with the investigator to gain information, or...

like a chess match, the subject is working against the investigator (interviewer, 911 operator) in order to withstand or hinder the flow of information.

In the case of a missing child, we expect priority to be:  the child.

This is the same form of analysis we use on all statements; noting order for priority.

When Haleigh Cummings went "missing", the caller, Misty Croslin, called 911 and reported first that she was sleeping.  This was her priority.  She told the 911 operator that she was sleeping even before reporting a child missing.  This showed her priority in alibi building.  She needed police to know that before they go blaming anyone, she could not have been involved because she was asleep.

She next reported that her door was blocked open.

She did not say why this was important, but it was second in her list of priorities.

Thirdly, she then reported that a child was missing.

Recall the 911 call of Sergio Celis in reporting 7 year old Isabel missing (his daughter).  This call was analyzed and the conclusion showed that he had guilty knowledge of Isabel's disappearance, and his call was to persuade, rather than report.  The call's analysis can be found HERE

Why won't Maine officials release it?  They've not prosecuted Justin DiPietro even though he was deceptive about his daughter's demise, including cleaning up the lengthy trail of blood throughout the house, and the lies he, and his sister and his girlfriend, have told.  In spite of the jeopardy state of Elisha DiPietro lying to investigators, her own child remains with her.

If it is released, it will be posted and analyzed thoroughly here.  We will use the same principles used in all cases, beginning with the reference point of the purpose of the call.


Peter Hyatt as Statement Analysis Blog at 11:29 AM

I have asked myself many times why the 911 call for Ayla has not been released. Almost ALWAYS when a case like this gets national attention, the 911 call is published, and portions are included in each news segment or report.

The only conclusion I can come to is that something very significant exists on the tape (like an excited utterance, or something that can be heard in the background) that LE does not want the Dip's to know about, to keep them from being able to manufacture an excuse, or downplay the significance of publicly.

MEMPHIS, Tenn. – Police in Tennessee have charged the mother of a missing 7-week-old infant with abuse and neglect.

The charges come a day after the baby, Aniston Walker, was reported missing. Police said in an alert issued Thursday that she was last seen that morning wearing a brown onesie with football emblems on it.

Would like to see an analysis of Chris Christie's apology press conference.

I wish Maine media would push for the release of the tapes of the 911 calls.

I think that the reason the 911 dispatch call(s) have not been released in the missing Baby Ayla case is because Phoebe is on 'special' good terms with her buds at the SO and the court house. She is one of the players in their little charades of favoritism they pass back and forth amongst themselves.

Also the possibility exists that the baby daddy of her 3 grown illegitimate children works right there in one of those agencies or either has heavy 'you-owe-me' connections in their offices. Also, let's not forget that Phoebe is reputed to have a lesbian lover close by who could also wield a big stick; although I can't imagine who would want her, either male or female.

BUT, shit-ty things like these DO happen around these so-called justice centers and departments. I'd be surprised if these 911 call(s) are ever released. There's a connection up there somewhere. No kidding.

Anonymous said...
Would like to see an analysis of Chris Christie's apology press conference.
January 10, 2014 at 3:26 PM

If they plan to use the 911 tape in court, they should have a reason not to release it. Hopefully MSP knows where to step next.

Here's a link to the full transcript of Chris Christie press conference on the Washington Post's website. Do I need to copy and paste the whole thing or just post the link? (It's a two-hour long conference).
I can't wait to read your analysis, as I was watching it live I kept thinking, "ooh, Peter Hyatt would say that is deceptive." :-)

Peter, My belief about this case is that an "outsider" from the Waterville 3 was heavily involved in Ayla's disappearance. (the possibilities I believe are Phoebe, Phoebe's sister, Derek, and/or Heidi).
I believe the 911 call is being withheld because somwthing Justin said in the call would be incriminating to the state social welfare agency which was supposed to protect Ayla. My guess is that Justin was asked where the homeowner Phoebe was and that in his nervousness he stated wherever she was and that whoever she was with is going to make the state look bad/create a huge scandal.

I should not have asked for the Gov Christie link!

Did you see how long it is?

I have divided it into two: the statement and the Q and A afterwards...

I am working on it tonight