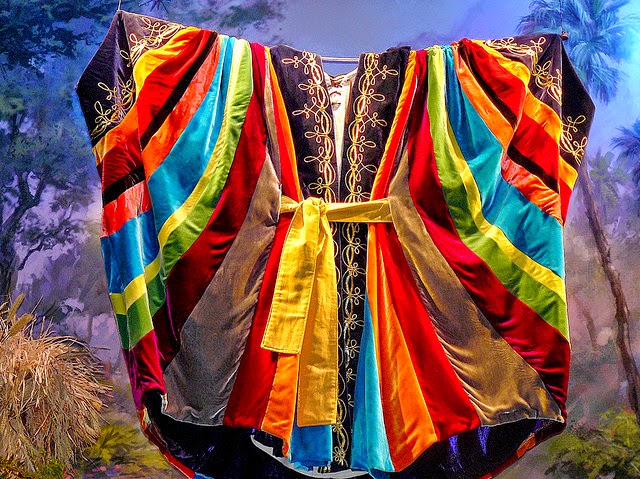 This is a series of articles on the nature of liars.

I am not an expert on profiling liars.  An expert in this field must be a specialist and dedicate himself, full time, to the research, testing and re-testing of liars, at the exclusion of so much else.

An expert on analysis utilizes the expertise of others. Standing on the shoulders of others, the vision, coupled with humility, can be made clearer.

For those of you who have invested your own selves into detecting deception, you have learned that it is hard work, takes many hours of practice, and that as enjoyable as Hollywood may be to embrace as fact, it is as far from the truth as a lie itself is.

One cannot study language without understanding the subject utilizing the language.  We are known by our words.  "Out of the abundance of the heart, the mouth speaks" is ancient wisdom that is true.

Truth is not impacted by time, nor culture, nor even by its denial.

Understanding human nature is something that, even with the smallest increase in knowledge, will impact how you:

view yourself;
view others;
raise children;
vote in elections...

and on goes this list, beyond anything I could number.

Regarding the use of the word "investment", it is deliberate.  What I challenge you in reading is, perhaps, a deeper challenge than what may appear on the surface.  I challenge some of you to do some reading that may appear to be against your own personal beliefs.  Thus is the journey of learning.

As I publish the series of articles, you will recognize some of the more readily seen traits:

"Liars hold the world in contempt" for example.  Recall Billie Jean Dunn's contempt of her audience, whether it be 2 law enforcement officers interviewing her, or a million Americans watching The Nancy Grace Show.  Simply put, this characteristic is something every law enforcement officer should learn so that it can be used as a tool.  Many do it intuitively, and should be trained to sharpen this skill.

'Pride before the fall' is where the liar is permitted to gather the rope for her own hanging.

Billie Jean Dunn could not refrain herself, no matter how often she was pummeled on television.  Her world view was this:  She is smarter than everyone else and try, try, fail, fail, she would continue to rush into the lion's den.  The last laugh, appears now, to be on us.  She remains uncharged in the murder of her daughter, as does Shawn Adkins.  As to why this is, I hold no answer.

Detectives often defend the prosecutor outwardly, while inwardly, or privately among themselves, rail against the prosecutor's hesitancy.  This case, having drawn national attention, meant for the prosecutor that she may have had to go against a national rock star defense attorney...a Joe Tacopina who takes the case for the wild publicity.

This itself limits the hopes for justice, as the state employee dreads going up against the private sector counterparts, for fear of humiliation.  It may be why Justin DiPietro walks free still.

Yet, sometimes as is the course of life, there is a change.  A new state attorney takes over, reviews the case, and issues arrest warrants and prepares for battle.

It is our hope.

What do you think of human nature?

Do you embrace the poetic belief that our nature is essentially good?  This is the belief that is most widely held and drives much of the social service programs as well as the "penitentiary" models today.

Do you reason with the 2 year old about walking into the street, or do you spank him?

This is a powerfully loaded question that will reveal childhood physical abuse suffered by some, deeply forming opinions on what is right and what is wrong.

Or do you embrace the Protestant Reformation's belief of "total depravity"; that is, the teaching that although men are not complete in their depravity due to common restraints such as childhood rearing, yet all are capable of doing the worst things, given the appropriate setting?

Or, as the third side of the coin emerges, do you fall somewhere in-between the two?

I challenge you to read arguments against your held beliefs.

To understand human nature, in some degree, will impact your application of analysis, rather than the analysis itself.

Why do some people lie when there is no cause to lie?

This will be the central question for you to answer, here, and in application.  It will impact what you do with the lie, whether you remain silent, or speak up.

You likely have met someone who believes everyone is lying because the person himself is a liar.

You've likely met another who thinks everyone is lying because she has been terribly damaged by being lied to.

You've met others still, who appear gullible because they struggle to believe that anyone is lying because she, herself, does not lie, or when she does, does so with a level of discomfort that is a restraint against lying.

You also consider how these things must be cast aside in the scientific application of principle to any statement, at any time.

Have you ever considered the song "Amazing Grace"?

The lyrics are rather insulting and were considered by some to be vulgar.

Hence I come to a challenge for readers who  wish to invest themselves into a deeper understanding.

You do not need to be Jewish, or a person of faith, to profit from the story of Joseph.

Having not been raised Jewish, I do have a measurable appreciation of the Jewish culture.  I was able to purchase, years ago, a used copy of the Babylonian Talmud.  Fascinating to read, it is also perplexing, as it comments upon the commentary of others.

I.  Read the story of Joseph from Genesis.  Few of us read Hebrew, so choose a translation rather than a classification or "dynamic translation" as you are asked to do your own thinking.  Focus upon language.  If the translation uses italics it is a signal that the word was not found in the original.  This is critical to your thinking.

Commit it to learning. Read it with principle in mind.  The author, Moses, deliberately included certain detail, while deliberately editing out other details.

Begin with Joseph's coat, his father's love, and the powerful envy of his brothers.  Conclude with the family's immigration into Egyptian territory.

Avoid reading commentaries about it.

II.  Take notes.  Use these notes to make comments that you would normally do so here.  In particular, comment not only on Joseph's language (in spite of English translations).

III.  Wait for the next portion of this lesson as recommended reading will be issued of which you can compare your notes to.  This will be specifically directed to human nature.

Meanwhile, we await the work of Avinoam Sapir on Genesis to be released in English.