The Sensitivity of "Because" In Analysis 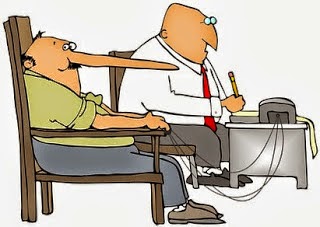 In Statement Analysis, context is critical.

If I asked you, "Why did you go to that house?" it is natural for you to use the word, "Because" in response.

You are giving the reason why you did something because you have been asked.

This is not sensitive, but simply appropriately responding to a question.

It is, however, a very different situation when the context is an open statement.

We must consider why the person has a need to explain or justify an action such as described above.

Think of a case where a garbage collector robs a home.

He is asked, "What happened?" in a way which helps an investigator learn if he was involved in the robbery.  Instead of asking the question, "What happened?" directly, the subject is asked to write out, in as much detail as possible, his day.

It should be rather boring, overall, and likely repetitive.  Each block, or even each house covered, should be given an equal amount of time (number of words, or lines to describe) in the statement. If the shift was 8 hours, we might see, for example, that on average, he devoted 3 lines of writing (8.5" by 11") per hour.  If the shift was 12 hours, it would be less.

We then look for any deviation from the norm.

But let's consider what would happen if he wrote "because" (the reason why) in an open statement.

When training, students become adept, with practice, at noting "so, since, therefore, because..." in flagging it for analysis.  They sometimes miss the word "to" when it is used to describe "why."  We don't naturally lean to "to", because the word "because" is larger and grabs our attention.  The word "to", when used to explain why, in an open statement, means there is a need to justify or explain.  Heather puts it this way:

The subject anticipates being asked, "Why did you go there?"

We want to know why this anticipation exists.

"At 1310 Mockingbird Lane there was some objects too big for us to pick up.  I left the garbage there but didn't tell the residence that they have to call ahead.
I went to 1313 Mockingbird Lane to collect the trash."

This sentence has two uses of the word "to", with only one of them being sensitive.  The sentence "I went to 1313 Mockingbird Lane to collect the trash" also has the word "trash" as different from "garbage", something we would need to explore.

A change of language should represent a change in reality, impacted often by emotions.  What caused the change?  Was it that "trash" was left behind, while "garbage" was collected?  The context would likely answer this for us.

It is, however, the 2nd use of the preposition "to" that is critical.

Here, we can see that he is expecting that we are going to ask him an utterly needless question:  "Why did you go there?" when it is his job to go there.

That he offered this, in an open statement (not as a result of a question; this is why investigators MUST be silent as possible before getting the written statement), is very sensitive.

This may point to the crime.

Lesson:  Do not miss the word "to" when it is used to answer the question "why?" when no question is posed.

Peter Hyatt as Statement Analysis Blog at 11:20 AM

I agree it is so easy to overlook the word TO, or not give it as much importance in a statement as it deserves.

"I went to 1313 Mockingbird Lane to collect the trash"
(went to is the same as leaving?)

LAS VEGAS – Prosecutors have dropped their case against a California pastor who was suspected of punching a man in a Las Vegas parking lot tussle, leading to the man's death six months later.

The Clark County district attorney's office announced Friday that it will not seek a grand jury indictment against Robert Lynn Cox, 35, in the death of Link Ellingson, 55. Prosecutors said it would be too difficult to disprove Cox's claims of self-defense.

"I started to weep and held my children," Cox said Friday about hearing the news, adding that he hopes he and his wife can restart adoption proceedings that were on hold because of the case. He said it felt "like a weight was lifted."

The deadly encounter outside the Four Kegs Pub happened the night of June 13, 2013, while Cox, his family and some interns from Place of Refuge church in Manteca, California, were in Las Vegas for community service and ministry activities with a partner church.

Cox, who said he doesn't drink but wanted to try the pub's famed stromboli after it was featured on the Food Network, said he and other group members were in the parking lot when Ellingson approached them aggressively and assaulted them. Ellingson's reason was unclear.

Cox said he was trying to restrain Ellingson when they fell to the ground and Ellingson hit his head.

Police said Cox initially noted he broke a finger and told investigators he punched Ellingson, but he changed his story afterward. Surveillance video showed Ellingson falling to the ground, but the men stepped out of the frame before the fall, according to a police report.

The badly injured Ellingson was not able to offer a coherent explanation of the encounter, according to his wife, but was shown a photo of Cox at one point and uttered the words, "He's trouble."

Marie Ellingson, who wasn't at the scene, described "a wonderful husband" who rescued animals, attended church with her and was the "most giving guy I've ever had in my life." Some of the things he's accused of saying, she said, "are not even in his vocabulary."

She said she had to watch her once-gregarious husband suffer through brain surgeries, debilitating strokes and a coma before he died of hemorrhaging just before Christmas.

"We gave it our best to get justice for Link," she said, adding that she plans to pursue a civil lawsuit. "Things just don't always turn out the way we think they should."

Cox's lawyers said they expected their client would be acquitted.

"We knew Rob was innocent all along," said attorney Frank Cofer III. "There was just no evidence that Rob was guilty of any crime."

"To" (because) is frequently a 747 flying over my head. My problem is that I need to slow my reading down and stop skimming!

This is a good lesson. I never thought of looking for the word "to". Thanks.