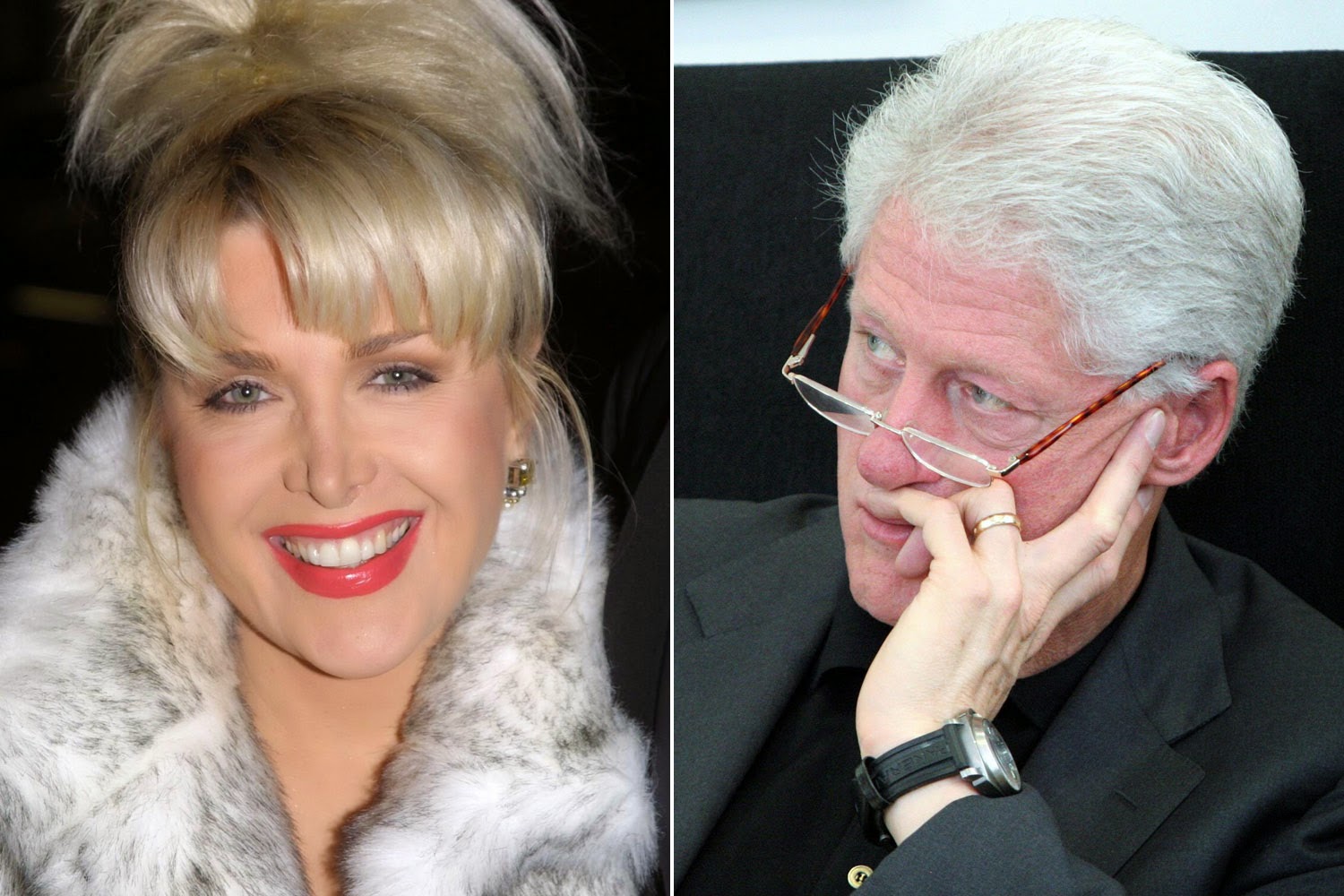 Language does not change on its own.  Reality causes change and the number one impact that a causes a change in language is emotion.

Emotions have the power to change language, including the instinctive use of pronouns.

Pronouns can tell us the quality of a relationship, and can show distance.

Former President Bill Clinton was a colorful character who provided for us lots of sample for Statement Analysis.

I miss having such fascinating denials.

Foolishly, people will say "all politicians are liars" and shut down the thought process and not consider what is being said, even though it may, as we have seen in recent years, impact their own lives.  It's basically an excuse to not think critically and is the bane of the lazy-minded.  Let it not be so of us as we get older.

Others will dismiss analysis because it does not fit their personal partisan politics.  This, also, is folly and is another way of shutting down the brain and not learning.

Then, years later, there was the Monica Lewinsky affair, with lots in-between.  This is a look at the cause of change of language in Hillary Clinton's reactions to the affairs.

This is what Hillary said while interviewed on television.  It was a tough position to be in as the evidence of his affair mounted.  No matter what is readily dismissed, it is still painful for the woman to learn of her husband's affair but how much so when she must go on national television and defend him:

When one uses body posture in a statement, it is often a signal that there is an increase in tension for the subject.

"My boss said to be at work early."

"My boss stood and told me to be at work early" shows body posture and authority.

That body posture is in the statement indicating tension is of no surprise.  It was tense.  She felt the need to explain why she was sitting there. Follow her pronouns to learn the truth of 1992.

These are appropriately present tense (for the time of the interview) and are strong, with the use of the pronoun, "I."

This interview triggered the instinctive use of the pronoun "I" by Hillary Clinton.

Note "what he's been through" would make an interesting question, but more importantly, the pronoun "we" enters her language in spite of the affair.  The word "we" indicates unity and connection.  It is powerful and intuitive.  It shows the connection she had with him in this matter and at this time.

The order shows priority at the time of this statement:

Love in mentioned before respect.  With the pronoun, "I" used, one should conclude that at this time, in 1992, she loved her husband.

Now we jump ahead a few years and unknown number of affairs and stressors and see what pronouns are instinctively produced.  This time it is not Kathleen Willey, or Gennifer Flowers, but the young intern, Monica Lewinsky, which would break open the scandal of infidelities and contempt:

The change is remarkable.  She drops the pronoun "I" in connection to him, and the word "we" is not present.  The distancing language is seen in the 2nd person, "you".

The pronoun "I" enters her statement but only with what she has seen.

She does not say that he did not have a sexual affair with Monica Lewinsky.
She does say "accusations" in the plural, and how they "evaporate" and they "disappear" but only if they are given "the light of day."

This should lead us to question what affairs he has had that did not reach the light of day, and did not evaporate or disappear.

No matter what you think of Hillary Clinton, politically,  the betrayal she experienced was brutal and it was public.

She does not say "I care" about him, or "I love him" or "I admire him" but instead, produced in less than a micro second, her brain used the second person, "you" in connection to caring, loving and admiration of Bill Clinton.

It shows distancing language as she is not willing to use the pronoun "I" as she had done six years prior.

It is sad to read, in spite of all the talk of political ambition and trades made for the future.

The language, however, is rich for analysis.

What about the other side of the political aisle?  Since Matt Drudge broke the case, and the testimony was from a Grand Jury, which is secret, the question was asked (and answered):

Did Kenneth Starr's office leak out information to the media?

Here is his denial representing the Office of Independent Counsel (OIC)

Peter Hyatt as Statement Analysis Blog at 6:57 AM

Denial:
"Just to be absolutely clear, the allegation is completely false and I will continue to cooperate with the police should they wish to speak to me again"

“In the conversation, I thought that I made progress,” he added. “But obviously it didn’t do nothing, because hours later, this thing happened.”

Most certainly it was leaked information to the media. Sex scandals and politics. Isn't that what it's all about?

Sex scandals got Hillary noticed in the state for her use of medieval pseudo-science psychiatry in order to free child rapists. (Child murders, rapists, etc. always want a woman lawyer so it will clear them afterwards). She, like any attorney, needed the win.

She will be President. The state is still practicing the same ole '70s electoral processes (as well as other states). Drugs for thugs. Children for protection. Deciding amongst the two: is a child rapist better than a drug dealer?

Fortunately the satanists can be blamed when evidence can't be produced. Just poofed into thin air!

Every time a pass a truck wash located near a East Indian harboring prostitution racket, I am reminded of the horrors of the black and white 101010 That 70s Show again.

In the 70s they terroised people for the trucking industry. Today they'll do it for any industry. They call it research. Typically it all goes up in smoke on them, but they never fail to get back up and do the same thing.

They don't have a drug and alcohol problem-the child has too wild an imagination.

Excuses, excuses. Hillary now claims that Bill was abused by his mother as a child and this is what led to his serial cheating. Yeah right. Pure and simple; Bill is a born horn-dog. Take it or leave it, Hillary. You're just lucky it was women, not filthy sissy men and young boys.

Abused how? She does not say. Naturally this would lead to one speculating on sexual abuse, when his so-called 'abuse' could have merely been strict single-mother-parenting, or swatting with a switch once or twice at four years old, or left sitting out in the rain for an hour to cool off his hot-rebellious-head at thirteen, or whatever.

Hillary needs to clarify this, possibly with some proof of her disturbing accusations, particularly now that mother is no longer with us to defend herself. So let's just blame it on the dead. This unfounded allegation is just wrong IMO.

I can understand why Hillary stayed with Bill. She had her whole adult life of political hard work and standing by her man at stake; furthermore, why should any woman pay for what her husband did, which is what women do when they divorce a cheating husband. Heck, all a woman has to do to stop it is take over the money and the charge accounts. Duh... that'll clip his wings real good.

Hillary did the only thing she could do for the public humiliation he caused her; beat the living shyt outta him, which apparently she did do, black eye and all. You go Hillary, that'll teach him a thing or two. Or did it? But to claim she respects him? Yeah, right. Not. That would be an outright lie!

He most assuredly did leak info (deliberately) and didn't even bother to deny it at the time. Remember the blue dress with the semen stain on it?

As I recall, he even helped confidant Linda what's-her-name set up Monica in entrapping her.

If you look at the quote it is attributed to michelle obama.

Anonymous said...
This comment has been removed by a blog administrator.
September 8, 2014 at 3:20 PM

“Secretary Clinton served our nation with honor and distinction,” First Lady Obama reportedly said. “It’s beneath the dignity of her several offices to call Secretary Clinton ‘Hildebeest’, especially here, under the very roof where she served as First Lady.”

The statement, on Office of the First Lady letterhead, went on to explain that “‘Hildebeest’ is a derogatory term because it combines Mrs. Clinton’s name with that of an African bovine, suggesting that she’s, in some way, like a wild cow. Yet, almost nothing could be further from the truth.”

“For example,” Mrs. Obama’s statement continued, “Wildebeests do not mate for life, but Secretary Clinton has been married to her husband for many years. So it would make almost no sense to call her ‘Hildebeest’.”

“For the record,” Mrs. Obama’s statement concluded, “If I had called Hillary Clinton ‘Hildebeest’ I would have apologized, but I did not call her ‘Hildebeest.’

I must add I LOVE this blog.

So Bill coerced Monica, 'eh? Did he also tell her she had to wear a thong? Uh.... no. Her choice. And what about the cigar?

I missed this tidbit too when i posted just now-

Yet, almost nothing could be further from the truth.”

Good posts are getting deleted due to the copycat troll. It's pretty obvious which of Sus' posts are hers.

And speaking of the troll, that theory of ignoring- are we really thinking that is working? If some ignorant, impudent little POS who can only feel big by putting others down came into my house treating my guests like that, ignoring her (or him) wouldn't fly. I seem to recall parental advice on too little discipline vs. too much...
If you've been here long enough, the identity is pretty obvious albeit a little surprising. Waiting for the day others figure it out, as the clues are there. Just sayin'

I've questioned Peter plenty and only had one post deleted, and it was in a thread with fake Buckley posts. Peter explained that was the reason. I set up my google blogger profile after that.