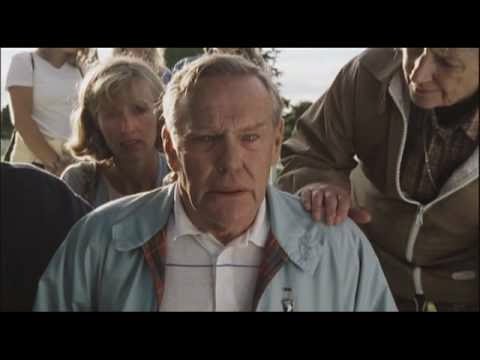 In Statement Analysis, we note that "tried" often indicates 'attempted but failed' in past tense, event statements.

Last night, Daddy had a softball game.  When he arrived home, his little girl said, "Daddy, did you hit a home run for me?"

Doctor:  "Your husband was brought in to the ER in critical condition.  We tried our best to save his life. "  You would not expect to hear, "And, we did."

The expected is:  attempted, but failed.

President Clinton said, "I have tried to tell the truth..." in his sworn testimony.  It is an indication that he failed to tell the truth in all topics.  (see the additional word, "have").  When questioned about arms, we heard the same quote from Oliver North.

This is a basic principle in Statement Analysis to follow.  Deceptive individuals will often use the word "tried" in an attempt to persuade.  The hope is that the listener will interpret 'tried' as successfully completed, while the subject is still able to avoid the internal stress and conflict of a direct lie.

In a recent article, I wrote that men are stronger than women, which is why masculine sacrifice is necessary to protect against Domestic Violence. Objections are raised, and somewhere, there is a woman who might be strong enough, physically, to play for the NFL.  This is likely true.

Principle is not established on exception.

Here is an exception to the principle teaching on the word, "tried" in Statement Analysis.

When one is seeking affirmation, a subject might use the word "tried" in an attempt to elicit an empathetic response.  We see this in Hollywood regularly, particularly when it comes to personal relationships.

"I have tried to be a good man my whole life."

"I have tried to be a loyal and dedicated employee..."

The seeking of affirmation is different than an event specific statement responding to an accusation.

When one says, "I have tried to be a good wife to you..." the subject is looking for her husband to say, "You have been a great wife to me, all of your life..."

There was a touching scene at the conclusion of "Saving Private Ryan" in which the lead character, now elderly, and visiting Normandy, France, implores his wife to tell him that he was a good man, as he recalled the words he heard heard 60 years prior to "earn" the chance in life to live, by the sacrifice of others, who had died in the attempt to preserve his life.  (This was loosely based upon the famous Sullivan brothers who all died in the US Navy in WWII.  Some Normady vets were quoted as saying that the invasion scene was as close to reality as anything they had seen from Hollywood.  The language, as well, was far more realistic than movies made in the 40's.  I don't know if anyone lay dying on the beach of Normady and said, "Gee, fellas, this is swell...")

When one is seeking affirmation and uses the word "tried", it should not be flagged necessarily as failure.  Remember, language is the intent to communicate between human beings.  SCAN is the scientific content analysis, that is, to learn what is within the content of words.

This subject is not affirming failure, but seeking to have affirmation of success, and/or consolation.

Whether it is two women kicking and punching each other in "Ultimate Fighting", or calls for Bob Dylan to win a Nobel Prize in literature comparing him to Shakespeare ("that big fat moon is gonna shine like a spoon..."), or The "Learning Channel" showing an impolite, overweight child, society moves in motions, and language shifts.  There will always be exceptions to principles.  (Mostly, with tongue firmly in cheek).

While we await the discrimination lawsuit against the National Football League on behalf of women football players who have been wrongfully excluded for many years by obvious sexist ownership,  we continue to state:


Principle is not established upon exception.


Peter Hyatt as Statement Analysis Blog at 7:05 AM

POLICE have stopped the search for missing toddler William Tyrell on the NSW mid-north coast.

About 70 police and volunteers finished the marathon operation in dense scrub on Sunday, and authorities will now focus on information they have received regarding the boy’s disappearance from his grandmother’s home in Kendall.

Investigators are looking at “human intervention” as a possible reason behind William’s disappearance.

Police may carry out intermittent sweeps of the area around Benaroon Drive, where he was last seen dressed in a Spider-Man suit on September 12.

Despite more than a week of doorknocking and searches in surrounding bushland, there has been no trace of the three-year-old.

Police do not believe William could survive after nine days in the bush.

William’s family released a statement on Saturday afternoon thanking those involved in the search and expressed their hope he would soon be found.

Interestingly, when the negation of "always" is combined with the failure of "tried," the double negatives result in a positive i.e. an effort that was successful. For example, when an honest person is being complimented for returning a lost valuable item to its owner, they will say something like "I always tried to do the right thing." Or recently, in an interview Weird Al -- who is universally regarded as a well mannered, pleasant person -- said, "I've always tried to be a decent guy."

I you could image a serial ceater saying " I always tried to do right by my wife" but what it means is he was always cheating and working to keep her in the dark. etc.

"that vehicle"
She passed those questions. She could be telling the truth for those questions, maybe she didn't know he was going to do it in "that vehicle"
http://www.foxnews.com/us/2014/09/22/lawyer-says-mother-passed-polygraph-test-in-death-toddler-in-hot-vehicle-in/

ATLANTA – The lawyer for a Georgia woman whose husband is charged with murder in the death of their toddler son in a hot vehicle says his client passed a polygraph test.

Zimmerman says Harris responded "no" to each of the following questions:

— Prior to June 18th, did you know that your husband would leave your son in that vehicle?

— Did you plan or arrange with your husband to leave your son in that vehicle?

— Did your husband tell you that he was going to leave your son in that vehicle?

Leanna Harris faces no charges in the case.

I wonder if she would have passed if they had replaced That vehicle with any vehicle?

If they had more than one vehicle they could have planned it to be in the other vehicle or used some other method.

Polygraphs can be passed even when the suspect is guilty or has guilty knowledge if the right questions aren't asked.
It is a lot harder to pass an interview with a statement analyst as they ask the right questions based on the subjects personal dictionary.

An adulterous husband has admitted killing his wife six years after he dumped her body dressed only in a bra into a drainage ditch before telling police she had just never returned from a jog.

Brad Cooper said 'yes' when a judge asked him if he had killed mother-of-two Nancy and hid her body on a construction site in Cary, North Carolina in 2008.

According to prosecutors Cooper, now 40, was having an affair with several women, including a neighbor, at the time while his wife was 'trying to get out of the marriage' and return to her native Canada.

Cooper, who previously worked for international corporation Cisco Systems, was in the Wake County Justice Center as part of a deal which saw a life sentence without parole cut after he pleaded guilty to second degree murder.

After successfully appealing the first-degree murder conviction he was given in 2011, his term has now been reduced to at least 12 years.

With time served it means he could be released in less than seven.

However, it is the first time that he has confessed to the crimes in court.

Nancy Cooper disappeared from her suburban home on July 12, 2008. At the time, her husband said the 34-year-old had gone for a run and never returned.

After the hearing, the victim's father Garry Rentz told Raleigh's News Observer: 'When we started this process years ago, I said I wished the person responsible for this crime would come forward and acknowledge guilt and own up to their behavior. That's happened today.'

As part of the agreement, Cooper also relinquished his parenting rights of daughters Katie, now eight, and Bella, 10, so they can be adopted by Nancy's twin sister Krista Lister.

Nancy and Brad Cooper moved to Cary in 2001 after getting married in Canada. However their relationship soon began to deteriorate.

During the trial the social scene in Cary was exposed. Neighbors were involved in numerous extra-marital affairs that would begin at 'board-game nights', barbecues and Halloween parties.

Cooper eventually cut his wife off from their joint bank accounts while Mrs Cooper said she wanted to go back to Canada with her two children.

He initially agreed with the plan, but changed his mind, realizing it would cost too much money.

Peter,
Why slag Dylan for a joke line in a joke song? He wasn't being serious there, he was goofin' on Moon in June lyrics.

if you've read here for any length of time, you'll know I'm a Dylan fan.

Even in humor (it is tongue in cheek), Dylan can be clever.

This line wasn't even that.

I think he is one of the top songwriters of all time, but after going through the entire college credited course on Dylan...

Clemson University student, Tucker Hipps was on a 5:30 am run with fraternity brothers during rush week. He did not return from the group run and was not reported missing until 1:45 pm that afternoon. A short time later, authorities located his body at the bottom of a bridge along the path the group ran. This otherwise healthy young man had died from a head injury in an unsupported fall. The bridge has at least a 3 foot concrete railing. Out of everyone interviewed, no one claims to know what happened.

Peter, I would love for you to either look over this case & analyze the 911 call or maybe repost as a topic for your readers feedback on the 911 call? This is a case that deserves some attention and the truth needs to come out. Thanks so much!