The Shortest Sentence is Best 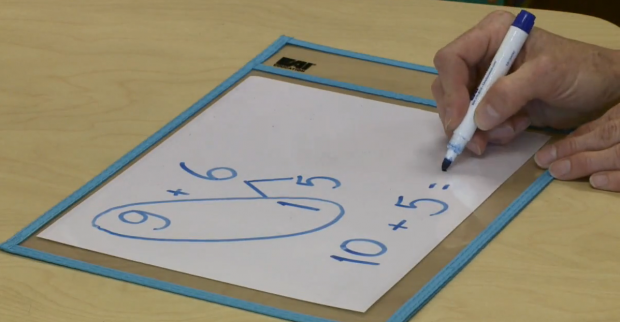 "The Shortest Sentence is Best"

You've heard this many times, and it is because when someone is "under the gun", that is, facing an accusation, short sentences are more likely to be truthful than sentences with additional wording.  Each verbose individuals who seem to talk incessantly, but are truthful, will use short sentences, with very short breaths.

It doesn't take someone very long, once accused, to say "I didn't do it!" though you might think that Ryan Braun didn't make friends when he said something along the lines of

"I don't really think that at any time, perhaps, and I would bet my life on this, that perhaps maybe something might have entered my body...' and blah, blah blah.

Shortest sentences are best.  The brain thinks quickly when it is speaking the truth because it processes the memory, rather than invent an excuse.  This is why "pace" can be an important aspect of lie detection and why I sometimes 'spring the trap' on a subject who I suspect is lying.

This week, I called someone, introduced myself by name, and did not utter another word for 16 minutes.

The subject had very low emotional intelligence (we commonly say "no self awareness") and rambled  until I excused myself to get in a sentence.  She interrupted and spoke incessantly, to the point, as is my habit, that I put the phone down to do what I needed to do:  get lunch.

I had called the subject to relay information and the subject was not going to allow this, therefore, making a sandwich seemed like the best use of my time.

I don't know if she was truthful or not, it was too much work for me to listen, and my blood sugar level was low and that roast beast sandwich was whispering, "Petey? Petey? Are you there?  I am here for you, Petey!"

When you were young in school, you used "mnemonics", that is, brain development through the use of memorization.

You were "proven" that 2 plus 2 equals four, by saying,

But when the next step was taken, teachers felt no need to explain 9 + 6 = 15, since the "proof" had been given early on.

What do you make of the amount of time and words it takes to explain this? Mnemonics is an important part of brain development, and lengthy poems, verse recitals, and so on, were used to increase the brain development of children. Even Latin was taught, not so much as the basis of English, but even the purpose of brain development was recognized as important. As video games seize the minds of our youngsters, is the current debasement of mnemonics going to leave us with a generation incapable of higher reasoning?
Peter Hyatt as Statement Analysis Blog at 12:12 PM

Did you enjoy your "Roast beast" sandwich ?

That 'comfortable' math lesson is the most convoluted, confusing thing I have ever seen.

In the real world, simplification is preferred over the complicated introduction of extraneous numbers, and concepts.

My husband is an engineer, and he understands, and uses the method demonstrated above. He explained to me that it is how he can do high level calculations in his head, by thinking of it as a common number 10, and expounding. But even he agrees that the method doesn't make sense in elementary level math functions, as it complicates those processes unnecessarily.

It makes sense if you understand the basis of 101010 and the color coordination of learning development. However, the Geneis of 101010 can be spit into with 6955555 which could lead to catastrophe events. It's been proven. Even 4 out of 5 neurologists would recommend it.

Common Core: What happens when women run the show.

Common Core is so frustrating for me and most of the parents I know. It causes a lot of stress while helping my daughter with homework. So, she has had to learn the old way, and the common core way.

The teachers hate it, too!

Everyday math is difficult, too.

It makes sense to add in this manner than the formerly taught "memorize facts". It utilizes order and synthesis, thus creating thinkers, not simply memorizers.

Can't speak to math,except my son (7th grade) whines that he actually has to show his work, but the shift in Language Arts should be refreshing to the student of statement analysis, as it focuses a lot on "textual analysis" and "what text says explicitly and implicitly." More real world informational text as opposed to just "what the teacher likes personally." Yes, the common core English student will be much better prepared for statement anslysis.

Ugh, I've dealt with it, Jen. I started by telling my son, no that's not how you do it, you do it like this. He said no, we have to do it this way. Omg why?? From someone who doesn't like math to begin with, why do they have to make it even more seemingly difficult? I have to say though, my son somehow excels in math. I wish I could've helped him more with it. We're definitely all good at different things, that's for sure. Maybe my son, like your husband, has a different mindset for math?

That's funny. My son loves math, he doesn't mind showing the work, but he dislikes "LA".

Gee, I wonder why! Lol

Yeah, I think your either a math person, or your not. I am not, lol. I made good grades, but I didn't enjoy math, and it was always as labor for me.

My husband is a wiz at math, but he doesn't enjoy reading. He wants to get straight to the point, and he even gets frustrated with lengthy emails, and resumes. He would definitely agree with 'the shortest sentence is best' concept.

Whether math comes easy to him, or not...I just hope my son enjoys learning/school. Fingers crossed!

(snipped)
“The truth of the matter is that the politics did shift midsummer because of that problem,” Obama said in the interview, which will air on Sunday’s Meet the Press on NBC. “I want to spend some time, even as we're getting all our ducks in a row for the executive action, I also want to make sure that the public understands why we're doing this, why it's the right thing for the American people, why it's the right thing for the American economy.”
…
“What I'm saying is that I'm going to act because it's the right thing for the country,” he said. “But it's going to be more sustainable and more effective if the public understands what the facts are on immigration, what we've done on unaccompanied children, and why it's necessary.”
__________

The ubiquitous "we" of executive action and
if we the public only understood the facts, says the Patronizer-in-Chief. (sigh)

So let me see if I'm understanding this correctly. As long as one can demonstrate their illogical thinking then the answer they arrived at is correct, even if it's not? So to restate, just make sure you can logically explain how you arrived at your illogical conclusion and we're all good. Right!?

Someone has stretched the concept of "grey area" into the realm of delusion.

Yes, that's exactly how my son is too!

I'm sure your son will enjoy school. In the lower grades, they usually love it. Then as they get older, there are certain aspects that they enjoy, and some not so much, that they have to work harder at, just like being a math person vs. a reading person. :)

Having dealt with this kind of math, maybe my sons school is different than others, but there is still only one correct answer. If you show your work, and it's wrong, it's still wrong. The teacher has to look at the work provided, to see where the student went wrong. Maybe some schools allow incorrect answers to be correct, but I haven't encountered that.

Either that or Anon 2:31 isn't telling the truth. He may well "remember" it, but that doesn't make it so.

Sus said...
It makes sense to add in this manner than the formerly taught "memorize facts". It utilizes order and synthesis, thus creating thinkers, not simply memorizers.
September 6, 2014 at 3:38 PM

The critical thinking was always saved until:

At that point, with a solid foundation, critical thinking (presenting arguments) is introduced.

Once upon a time,

With all due respect, Peter. (Meaning it's your blog.) Rote learning or memorization has its place ALONG with order and synthesis. By order I mean grouping. In the clip the instructor expects that the student has memorized base 10. Now they group the numbers and synthesize, or put it all together. This is utilizing higher order thinking, rather than just memorizing the addition facts. If we could watch the brain through this process, neurons are firing and creating new pathways. Thus building thinkers.

Children at play naturally use this process to some extent and is why play is so important. Memorization has its place and has not been removed from schools. It's just not the main focus as it was in prior centuries. If I understood your comment, you believe critical thinking shouldn't be introduced until puberty??

And the longer we wait to teach new concepts, the more the neural pathways are "set" and concepts are more difficult to learn. Research shows younger children are better equipped to learn a foreign language than high school kids. Research also shows students benefit when multiple strategies of instruction are utilized. So, the above strategy can be beneficial to expose students to, but to say "it's the only way" is short sighted.

The joke wasn't unexpected, so whatever lolz. I have wanted to ask: what's with consistently misspelling "Barack's" first name though?

not everyone's mind works the same way nor is everyone so simple minded that they need to be taught in the common core way. the kids i see having problems with common core are the kids who were taught by their parents how to add and subtract the old school way are now being forced to do it this idiotic way.