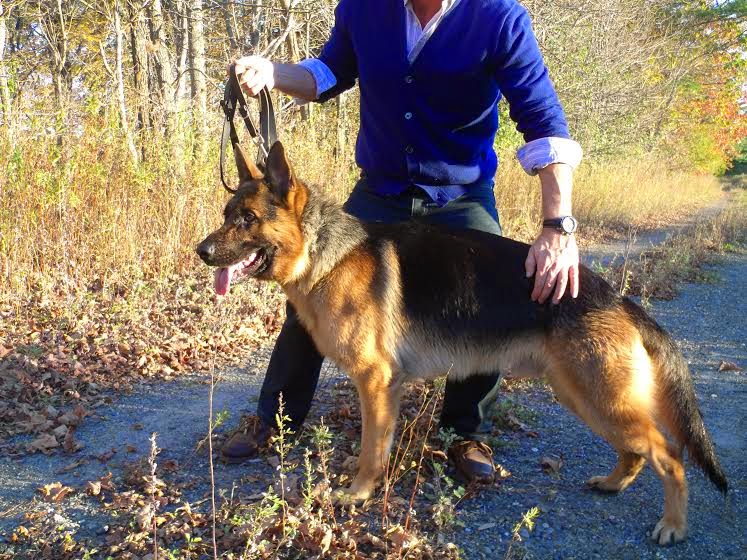 In my new book, I give some behind the scenes information regarding some of the popular cases we have covered the past few years on the blog, including those of "Generational Liars", those of whom lessons began early on how to deceive, often mother and daughter tandem sets of deceivers, and what damage they can accomplish together.  Think Casey Anthony and Cindy.

We see the genesis of such in Juvenile Liars...children who lie, particularly when their is no cause to lie.

This is the single most frightening element of lying:  adult or child, when one lies when there is no need.  It is a strong signal of trouble to come.

We see the result of liars in society; they have as a common denominator the need to put himself or herself first, and foremost, above others.  To think that they might hold others in a higher esteem, hence, produce humility, is not likely. The language will reveal as much.

Juvenile liars are those of whom the school teachers generally tag as 'hopeless' to some degree.  It is anathema to a school teacher to "give up" on any child, but in spite of what teachers say in official meetings, what they say "off record" is something entirely different.

For the teacher, the combative parent will increase the stress and tension upon the teacher, even grade after grade, until 'word' gets out:  it is not worth the stress.  The child's parents will make certain no correction comes its way and the blaming of the school has no end.

When the child is called "liar" by peers, violence breaks out.

Incredibly, the parent encourages and even praises the violence.

The teacher has pegged this child as an "untouchable" child.

With the notion of "no child left behind", there are, quite unfortunately, children that are left behind, deliberately, and it is not the fault of the teacher, school administrator, or school board.  It is the parent.

The parent lies, even when there is no cause; and the child learns the lesson well.


This juvenile form of lying can show itself in the adult parent of a juvenile liar.

Why is the child "untouchable"?

It is because the lying parent has made it so.  The school cannot pay the teacher enough money to get screamed at each time the parent meets the teacher, and blamed for the student's cheating at homework, when it is the parent orchestrating it in the first place.

The deceptive parent has bullied, argued, "advocated" and fought for her child's rights, deceptively, on and on and on until...the teacher has had enough.  To save herself, the teacher must stop caring and disassociate from the nasty parent.


The underpaid teacher soon learns the price she must pay for trying to teach the Liar's daughter:  Mother, large of stature and volume, standing very close, threatening, forever threatening, until the anxiety of the teacher goes through the roof and she feels she can bare little more. When she shares this information with a co worker, she is told, "Everyone knows the mother.  She's vicious and she loves to fight.  Seriously.  She gets charged up and wild eyed when someone threatens her daughter. Stay clear!

Mother likes to fight as much as daughter.

She has a personality disorder that thrives on adrenaline and lives for the fight, feigning to call her "team of lawyers" (whom she has never met nor called) but then openly wonders why her own daughter lies.  Remember wild eyed Cindy Anthony with a shovel?


The culture of which she lives isn't like anything I have ever encountered before, whereas once this form of violence was found mostly in males, and soundly condemned at that.  Today, one might add to the list of troubles caused by the liar:  violence.

If violence satisfies the liar's need to feel that her self esteem is above that of others, then violence it is.  For parents who have raised their children according to standards of ladies and gentlemen, it is difficult to explain how a parent might not only support such egregious behavior, but to applaud it.

The thinking is singular:  me above the next guy.

The teacher soon learns, (sadly, some learn at a very early age) to give up on a child because the parent will not allow the child to receive knowledge; particularly knowledge that corrects errant behavior.

Since those that live by the sword often perish by it too, tragedy awaits them.

Liars put their own interests first and sometimes when violence follows deception, it is because deception puts the subject above all others, and violence seeks to maintain that status.

Watching two women beat each other on television is barbaric, but when it is cheered by society, even the mothers of the combatents, we cannot expect cultural excrement to be cleaned away anytime soon.

I cannot help but wonder when it is when teachers will finally say "no mas!" to the rise of violence in society today.
Peter Hyatt as Statement Analysis Blog at 3:20 PM

Its interesting you use the word Daughter x 4, and not Son also. Usually, people will swap from male to female giving examples of each so as not to single one gender or the other. Is this close to you or is it your writing style. Is because you referenced "Casey Anthony and Cindy". :)

What is the name of your book Peter ?.

'I shot Michael Brown dead because I feared for my life after he tried to grab my gun when I was in squad car': Cop claims he was still in vehicle when he fired first shot at unarmed black teen

Officer Darren Wilson claimed he and Brown struggled in his police car
He told investigators that the teenager pinned him and reached for the gun
At that point, he claims, the gun was fired twice and hit Brown in the arm
But Wilson does not explain why he was shot four times outside the car
It is his first publicly released account of the shooting on August 9

Bitter aftertaste? Canadian man finds a mouse at the bottom of his McDonald's cup of coffee

A man who was finishing his cup of coffee got more than just a caffeine buzz when he discovered what was lurking in his coffee cup.
Ron Morais of Fredericton in New Brunswick in Canada removed the lid from his McDonald's morning brew to discover a dead mouse laying at the bottom.
'I always take the lid off to get my last sip of coffee. And when I took the lid off, there was a little bit of a surprise in my coffee cup,' he told CBC. 'It was a dead mouse.'
Scroll down for video...

The customer added that it looked as though the mouse had been in the cup for a while and left 'a few little, shall we say, presents' in the drink.
His co-worker, Jennifer LaHaye was with Mr Morais at the time of the shocking discovery.
''Oh my God, there's a mouse in my coffee,' is what he says. I turn around and look at him,' she told the station. 'The first time I looked, I actually looked and it's real, he's not joking.'

Morais said the idea of drinking an entire cup of coffee with a mouse in it made him feel a little ill.
'I kind of had a little queasiness in my stomach,' he said
McDonald's have issued a statement explaining that the local public health company and a pest control company investigated the franchise and found no evidence of a pest problem.

Yeah, lots of flags- good catch John. What about the "Oh my God"? Think that's a flag, too?

Incredibly, rather than planning lawsuits over the affair he is happy to joke about it all.

This astounds me. Given the litigation culture and people suing each other at the drop of a hat.

Agreed! I'm more inclined to believe it now. I found dead wasps in a cup of coffee I got from a rest stop vending machine, which was admittedly a bad choice on my part. Interstate driving, a need for caffeine...

OT re mouse in coffee:

I poured myself a fountain drink at an Arco AM/PM. There were ants in it! Fortunately I was the one pouring the drink so I immediately saw the ants in my cup -- I didn't drink the soda first and discover the ants afterwards.

It's difficult to understand how a mouse could have gotten into the man's cup. Normally disposable cups are stored nested into each other in a stack until one is taken so coffee could be poured into it. The coffee machine's nozzle would normally be too narrow for a mouse to pass through if one had fallen into the tureen/basin part of the machine.

my ex sister-in -law is a staunch anti everything.

having worked there for a number of years ( i worked 2 full time jobs) i explained that it wasn't feasable despite the video.
I explained they would have been killed by the cooking process if fresh chicken pieces (15 mins in a pressurised deep fat fryer at very hot) if they were hotwings then they would have been killed off by the freezing process long before they were deep fried.

I noticed in the story we are told they were a sat night meal and she returned for laftover later but not date given.

Given this was in China it is likely a fly landed on the chicken and laid its eggs, if they were not placed in a fridge promptly or the temp wasn't cold enough the eggs would hatch and hey presto worms(maggots)


It's difficult to understand how a mouse could have gotten into the man's cup. Normally disposable cups are stored nested into each other in a stack until one is taken so coffee could be poured into it. The coffee machine's nozzle would normally be too narrow for a mouse to pass through if one had fallen into the tureen/basin part of the machine.

That is a very good point. Why isn't he suing them. I dam sure would. That coudve been carrying all sorts of deceases. If it was just a fly, i could understand, but a dead mouse!.

It also doesn't make any sense for the fact that something as big as a mouse sloshing around in your drink would draw your attention long before you were removing the lid to take your final sip! Everytime he tilted the cup to drink from the lip of the lid, the mouse would move around. (GA-ROSS)

Even if he didn't notice it while the cup was full, it seems he would definitely notice as the cup emptied, and he was forced to tilt the cup higher and higher to get a sip.

Ugh, I'm totally grossed out just thinking about it, lol!

I would have vomited all over the car had I discovered a dead mouse!

It's easy for a mouse to be there. I crawls in the last open cup and dies. The attendant doesn't look, just grabs a cup and starts the fresh coffee pouring into it while multi-tasking.

What is surprising is it didn't float to the top to be noticed before the lid went on. Some employees are known to pull such stunts if they are disgruntled.

The likely reason he is not sueing is because he is Canadian. Canada does not have a litiginous reflex as one finds in the U.S. My Canadian relatives are frequently amused, amazed, and even appalled by some of the lawsuits in the States.