The Liar in the Presence of the Lie Detector 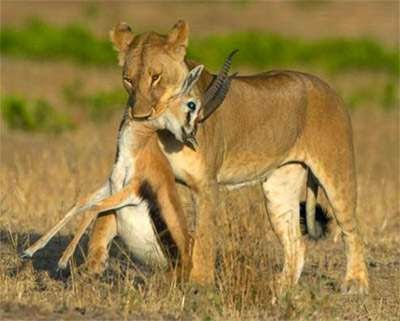 What is the prey like when he meets the predator?

What is the gazelle like when he is staring at the jaws of the lioness, about to pounce? 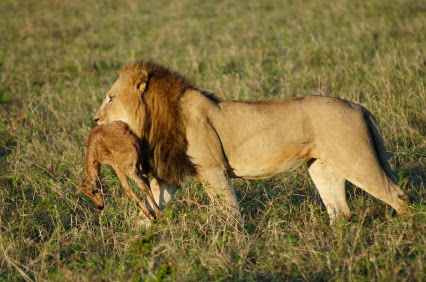 Even males are known to hunt.

In Analytical Interviewing training, we begin with Statement Analysis, get to the truth, and then construct the interview, based upon the statement, the subject's own language, and then move on to questions based upon collateral contacts and evidence.

One of the tools used in both corporate training, as well as law enforcement, is to enhance the notion of lie catcher with his prey.

We allow this scenario to develop before the interview.  This is either done through word of mouth, or diplomatic placement of training certificate where the prey, coming in to the interview, will know:

This person is trained to catch me.

It unnerves the prey.

Unlike nature, where mercifully the prey goes into shock upon being attacked, numbing pain (at least that is what Natgeo says), the liar is unnerved to realize that he is in the presence of one with training in lie detection.

The contest has begun with a distinct advantage seemingly with the Lie Catcher, with the strong move of allowing the information of training to be known.

This will, overall, impact workers and put a restraint upon attempts to deceive.  It is a nice psychological advantage in which honest workers will not fret over.

The next move is critical:

The tension was created by the notion that the Interviewer has training in lie detection.  Now, as the interview begins, the Interviewer will immediately drop the air, and begin to set a pace:

"Name.  Address.  Position.  How long have you been here?" and as this progresses, it creates a 'polite' atmosphere in which it becomes 'impolite' not to answer.

Question:  What is the liar like in the presence of the lie catcher?

By leading the liar into being cautious, the liar will be unable to avoid the trap.  The liar, that is, one who has habitually been deceptive, since childhood, knows no other way.  The caution he seeks to enterprise, works against his own nature.  It is very difficult to break the patterns of nature.

But what of casual conversation?

Will the deceptive one attempt to "tone it down" in the presence of a deception detection expert?

The liar, even when warned, will continue.

I have even said to some, "You know my training.  You know what I do" only to have them continue to deceive, as if I had not spoken a word.

It is their nature.

When they get nervous, they rely upon that which has served them well since childhood:  they lie.

This is then combined with the powerful need to control information.  It drives suspects crazy when the police refuse to talk to them, or reveal information.  They pester and pester, and may even use the press to pester police for them.  "They won't tell me anything!  How can we work together when they refuse my calls?"

The liar will go as far as radio and television in an attempt to "convince" the world that they did not "do it", whatever "it" may be.

The prey does not suddenly stop being prey in the presence of the predator.

The leopard cannot change its spots.

The more instinctive and responsive the interview, the more the liar will go back to his comfort level, and reveal the truth, even while attempting to deceive.

They do not "turn it off" in the presence of one who can read them.

Peter Hyatt as Statement Analysis Blog at 10:19 AM

I love this article! I have no training (other than bits I pick up here) but can see exactly how this works in people that I know who commonly lie. Some of the lies are totally unnecessary, but they lie anyway. They get busted in the lie, and try to lie their way out of that lie.
Luckily the people I'm refering to, are not killers or big criminals, just common folk, mostly trying to get out of work.

Peter – Would love you to take a look at this or any of you good with SA…. And interesting, Avinoam Sapir also once had some input on the case. See below for that.

It’s about a missing girl, Jennifer Marteliz and quite an usual story about where her remains may be years later.
She went missing while walking home from school in 1982 in Tampa.
A few years back, a woman named Anna contacted the police about her.
Anna lived next to a man named Steve Visnosky in Pennsylvania when the child went missing. She says he was a bad man and did some horrible things to her and her sister who has since committed suicide.
She says she recalls when the child went missing because Steve had an article about the little girl. AND said he knew her as he had another home in Tampa and lived just a few blocks from her there.
Steve had been Tampa alone (with out his wife and son Lester) at the time child went missing.
When he returned, there was a large hole dug on the property (sounds like they lived in the woods) and then after he pulled a very large garbage bag out of his trunk and disappeared into the woods with it.
Anna says later, the hole was filled.
Then, to add to the case that has a direct link to Statement Analysis is there was another man, next door neighbor Thomas Peter Welnicki (was a suspect) who at one point told police he had a physic vision and she was kidnapped and killed by 2 men. The men he described would fit him and well, Steve. The SA connection is that Avinoam Sapir was asked to review the guys “physic vision statement” and he said the man was being truthful and was speaking of himself. So I think he was involved.

There are not a lot of statements or really information and what I have are just snippits. But it appeared to me that Anna was being truthful in the parts I saw. AND… found Steve’s son (steve has passed) response odd.
Anyways, It sounded like the car Steve drove was one described by a possible witness at the time of the kidnapping and while they didn’t share what else, there was enough of a link that the police did go look on the land. That was in 2012. They found nothing but It’s a large area. They said they would return in spring when cadaver scent was fresher and they never did that I can see.

Would love Peter or one of you to chime in.


ANNA statements (more details that are paraphrased on the link)
“He got into his trunk, pulled out a thick plastic bag and told us kids to shoo, he had some garbage to take care of,”
“The fellow (the police detective) was very nice; he asked a couple of questions ... and I just assumed things were taken care of, as far as Jennifer,” Cummings said.
“I did not see him put the bag in a hole, but there was only one hole filled in after that,”….“So there is a black bag somewhere in that woods.”
“It was more of the attitude, ‘Look, see, she's famous, she's in the paper, and we know her,' ”
“I know she's back there,” Cummings said. “There's no doubt in my mind that he took her, none.”

LESTER statements
When asked about his father’s involvement
He did not want to comment on the search, but said that many of the details reported in the affidavit "are just not true."
Lester Visnosky said police should be wary of the tip, and of Cummings.
"The only thing I can say is consider the source, consider who emailed you," he said. "Because I know the family well."

This is then combined with the powerful need to control information. It drives suspects crazy when the police refuse to talk to them, or reveal information. They pester and pester, and may even use the press to pester police for them. "They won't tell me anything! How can we work together when they refuse my calls?"

We see this in the bejavior and language of the mccanns, the ramseys, dunn and adkins, the celis' and many others.

the mccanns even went so far as to have Maddie made a ward of court in order to get access to all the police files.
they succeeded in getting back the 81 files their own lawyers had passed on to the leicestershire police.

They (and us) do not have access to all the police files, there are still a large number of files which the PJ will not release, even to the UK police.

As a result they now smear and deride anyone who doesn't buy their story, even to suing said people.

The liar will go as far as radio and television in an attempt to "convince" the world that they did not "do it", whatever "it" may be.

Hoyer had run across a flier on her desk for the Laboratory for Scientific Interrogation and sent Mehl to take the course. That's where he met Avinoam Sapir.
Sapir, an orthodox Jew from Israel, deals in linguistics. He trains law enforcement and security personnel in analysis of written statements.
It seemed destiny had struck again.
When talking about the case, he and Hoyer discovered they shared the same birthday, Nov. 6, 1949, down to the minute.
She was born at 6 a.m.
He was born at 1 p.m.
There is seven hours difference between Florida and Tel Aviv.
MOTIVE
It was all there, hidden in black and white, according to Sapir's analysis.
Welnicki had been talking about himself when describing the killers in his story. The linguistic evidence was everywhere if you knew what to look for.
For example, Welnicki specifically said Jennifer put her left arm around the killer's neck. Those kinds of details usually indicate the subject has memory of the incident, Sapir wrote.
Most mistakes made by deceptive people being interviewed happen in the first 10 to 15 minutes. As time passes, they learn to fix whatever slips they made, according to the report. After his initial setup of the tale, the report indicated Welnicki made a slip: "The, ah, man takes, tells her to go inside the house...".
At first, Welnicki said Jennifer ran into the house by herself and jumped into the cross-dresser's arms. But Jennifer had been taken inside the house by her killer, if the report was correct.
At another point, Welnicki talked about the older man who supposedly killed Jennifer, saying: "He looks at it like, ah, I could get in trouble for it and I, ah, you know, I, ah, but it doesn't really."
The report pointed out that the first person is used and the interviewee stops in mid sentence. It concluded that this is a quotation from the murderer.
It also said that Welnicki seemed to defend the young man.

This post is just making my head swim big time.

Is it about the author, or is it about projection?