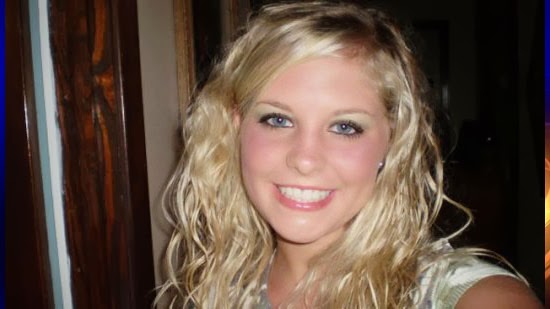 The younger brother of the man accused of kidnapping and killing Decatur County woman Holly Bobo has now been charged with rape, along with previous tampering with evidence charges.
The Tennessee Bureau of Investigation announced that John Dylan Adams, 26, was indicted on the charges this morning by a special Decatur County Grand Jury. The news release said that on Sept. 17, "Adams admitted to TBI agents that he was involved in the forcible rape of Holly Bobo on April 13, 2011, at the address of 235 Adams Lane in Holladay, TN, in Decatur County."
Dylan Adams has been charged with two counts of rape, according to the indictment in the Decatur County Circuit Court.
Sept. 17 also was the day Adams was arrested on a tampering with evidence charge after the TBI said Adams told an agent that he had disposed of evidence on the day Bobo was kidnapped.
"On September 17, 2014, this agent heard Dylan Adams tell other agent with the Tennessee Bureau of Investigation that on April 13, 2011, Dylan Adams disposed of item(s) he knew possessed evidentiary value relating to Holly Bobo," a warrant said. "This offense did occur in Decatur County."
John Dylan Adams, known as Dylan, is the brother of Zachary Rye Adams, who is charged with the felony murder and aggravated kidnapping charges in connection to Bobo's death. A second man, Jason Autry, also is charged with murder and kidnapping in the case. Bobo's partial remains were found in the woods of northern Decatur County last month.
The most recent charges against Dylan bring to light pieces of the TBI's case against the men charged in the Bobo case, placing Bobo in the Adams residence on Adams Lane the morning she disappeared, according to the agency. The TBI first said that Dylan disposed of evidence at the Adams home that morning and now that he participated in Bobo's rape.
The charges against the younger Adams brother both come from alleged confessions to the TBI, after Adams had previously been detained in federal custody on gun charges. The younger Adams brother's name came into the news early on after the arrest of his brother.
Zach Adams, 30, was charged earlier this year with trying to coerce Dylan not to talk about the Bobo case. A warrant on that coercion of a witness charge indicated that Dylan Adams was "a witness in a judicial proceeding involving the crimes of first-degree murder and especially aggravated kidnapping in Decatur County."
While he was in the Chester County Jail in March, Zach allegedly asked another inmate to pass a message to his brother, who was at that time being held in the Obion County Jail, a TBI agent said in a warrant.
Zach Adams asked the inmate to, "Tell my brother he is the one who started this (expletive) and if he don't shut his mouth he will be in the hole beside her," according to the warrant. Adams gave the message on March 4 to an inmate who was going to be transferred to Obion County, the warrant says.
The federal gun indictment against Dylan Adams said he was an unlawful user of controlled substances or an addict.
The Madison County Sheriff's Department arrested Dylan Adams on the federal charges in Madison County on Sept. 25, 2013, and turned him over to the U.S. Marshals Service after an arrest warrant was issued on Sept. 16, 2013.
But members of the Adams family have said that Dylan Adams was actually being housed in Memphis and had been working in cooperation with the TBI on the case since early in the year. Family members have told The Jackson Sun that details Dylan Adams has told the TBI have likely brought about several of the developments in the case, but that they fear Adams' IQ, in the low 70s, has left him vulnerable and easily swayed.
Moss Miller, the first cousin of the mother of Zachary and Dylan Adams, has said Dylan Adams is "a grown man with the IQ of a 10-year-old."
After news broke of the new rape charges against Dylan Adams today, Miller responded with the same defense of the younger Adams brother.
"We are under the impression, in his mental state, he could be coerced to say anything," Miller said. "(After he was brought in for questioning on the Bobo case) they wouldn't let him eat or drink. I would be reluctant to think that this (the rape charge) is true. We are under the impression they are coercing him to say that."
District Attorney General Matthew Stowe said today he is appreciative of the hard work of the TBI to move the case forward.
"We are grateful to the TBI and the grand jury for helping us take one more modest step on the long road to justice for Holly," he said.
Peter Hyatt as Statement Analysis Blog at 8:49 AM

That just blows the "serial killer" theory all to Smithereens! Not to mention all the hoopla trying to tear the family apart since her brother happened to live in the same house and actually saw her that day.
Wonder how the "experts" would respond to their statements after the fact?

The 'mother's cousin' MIGHT have had a chance of arguing his coercion theory, if Holly's skull hadn't been found a few miles from their family property.

Also, there has been testimony that her rape was recorded by these degenerate animals, and later shown to others. The testimony came from a WOMAN who was friends with Autry/Adams, who claims to have watched a portion of the recording, before asking for it to be turned off.

(Seriously, ALL of these people, including any woman who would watch such a recording, should be euthanized like a rabid dog.)

So sorry cousin Moss, but the answer is no. I don't believe that Dylan's low IQ, or coercion, are to blame for these charges.

I'm happy to see that there is finally some justice being done for such a beautiful girl, who belonged to an equally beautiful family. Now these parents did a great job with their kids. I am sorry they are enduring this horrible nightmare.

The charges were dropped "temporarily" as they cannot charge at this time, due to the ongoing federal cases against them. Let's hope they get picked up again soon.

From reading the article, (every article I read about this case seems to be written in a very confusing way!) my understanding is that the one defendant is facing federal charges, and therefore his charges from this case will be delayed until that case has been resolved?

Then there is Dylan Adam's, who was just charged with 2 counts of rape on Tuesday. Apparently those charges have NOT been dropped, but the tampering with evidence charge was??

(When I first heard charges against Dylan were dropped, I assumed it was based on him providing testimony against his brother and the others. I wonder why they would drop only the tampering with evidence charge?)

I can't see how low intelligence can be used as a defense. These two low life, supposedly low IQ, thugs were able to pull off a kidnapping that went unsolved for some time. There was speculation that they had seen Holly Bobo at some event and this sparked their prurient interest in her. They had the ability to stalk her in order to know when the best time to strike would be.

i told you adams was innocent. looks like LE's case is built on false information and lies just like i claimed and now their case is falling apart. lol

I do not know how her parents are coping. I don't know how they can stand to hear what was done to poor Holly.

Pertaining to charges:
Only tampering with evidence charges were dropped on Dylan Adams and one of the brothers who allegedly had a video. Those charges can be reinstated at any time, but first the Feds are going to try them on gun charges...and those penalties are stiff! Dylan Adams is still charged with two counts of rape.

Zach Adams and one of the Austin brothers are charged with kidnap and murder.

The second Austin brother cut a deal with LE, but TBI is working to nullify that and charge him. Which means he either wasn't forthcoming with evidence, they found something which refuted his testimony, or found he committed a felony himself.

I'm sorry, but what a bunch of scumbags! They all have such little regard for life and the suffering of another human being. And low 70s IQ is no excuse. It may make him a blabber mouth, but it certainly doesn't exclude him from knowing right and wrong.

I agree. In July of 2013, Dylan had charges against him for "speeding" and "no insurance" which led to "financial responsibility law" charges. I interprete from his criminal history report, he had a valid driver's license. The state of Tennessee requires a written examination as well as a road skills test.