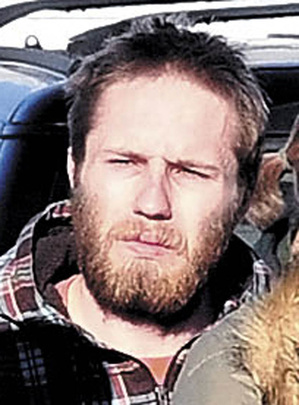 A father went food shopping at Walmart with his  toddler daughter. pushing his shopping cart with one hand, and holding her hand with his other.  Frustrating as it was, he let go of his hand to push the cart, allowing her to walk behind him, rather than ride in the cart.  It was too difficult pushing a shopping cart with just one hand.  He needed both to navigate his grocery cart, which was growing heavier due to some bottles.

She did what toddlers often do, and wandered off.

When he realized she had wandered off, with his shopping cart half full, looking down at it, considering how much else he planned to purchase, he continued to shop, not stopping to look for her.

He did not call her name.

He finished his food shopping, and went to the check out line.

He then took the groceries in the cart, to the parking lot, opened the trunk of his car, and loaded the car up.

Next, he drove home, unloaded the groceries, and started lunch.

After lunch, he lounged in his living room, watched his favorite television show, took a nap, and woke up in time to make himself dinner.

He then decided that he would need to do something about his missing daughter, so he made a police report.

The police came to his door to ask questions, but he was tired, or so he told them, and answered but a few.

He insisted that someone "kidnapped" his daughter.

The police said that if someone had kidnapped his daughter, it would be to his daughter's benefit that he address the kidnappers through the media, who were now gathering outside his front door, ready to take his message to his beloved daughter's kidnapper and facilitate her return.

He hand wrote a short statement saying, in effect, "not now", as he was not yet ready to talk to the media.  He had another of his favorite television show about to start, and besides, he was tired.

As he put off the media until the next day, questions arose as to why he did not call after her, search for her, or even talk to the kidnapper about ransom demands.  In fact, some began to complain that all he spoke about was his own comfort, never once raising the issue of what his little girl might be experiencing in the hands of a stranger.

This angered him, primarily became he hated being questioned about himself.

Finally, the child's mother could no longer refrain herself and told the media, "her father is not helping!"

He could not bare up under such insult to his character and in defiance, presented himself to the police to take their polygraph.

He would be asked:

Do you know where she is?

Do you know what happened to her?

Did you cause her harm?

Pushed into taking the test, he "smoked" it, and was unafraid to tell the media this very thing.

Meanwhile, the trail of blood, across his shoes, his floor, his closet and his vehicle, told their own story. 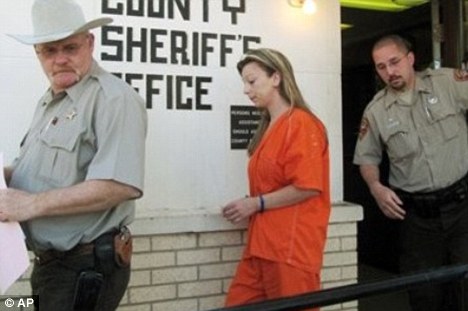 As bizarre as the shopping story is, it is behavioral analysis of what it is like when the parent of a missing child acts as if he (or she) does not want the child found.

Whether it is a parent that seems to enjoy the spotlight (Deborah Bradley, Billie Jean Dunn), or one who eschews it (Justin DiPietro, Sergio Celis), it matters not:

The parent does not want the child found, and the lack of cooperation; the lack of searching ("I'm not going to search those ugly fields" Billie Jean Dunn), or the lack of truthfulness in failed polygraphs, even attempting to fool them with drugs), and the overall antagonistic attitude towards police and a public that shows more care for the child then they do themselves, all comes through the speech.

Behavioral analysis and statement analysis often agree, one with the other.

In the interview process with police, just as it is with the media, the guilty parent wishes to limit information at all costs, and hinder the location of the child.

They may blister at the public, and they may berate the police, but they speak not of the child's welfare because they know:  the welfare is not in question, any longer.

A very compelling, well-written piece if I do say so myself!

Good job! I was moved!

Peter:
Transcript to lengthy statement from the guy in the earlier link. Scroll down.

It's only a matter of time when these creatures will be named. Sooner rather than later!!

A dossier implicating three MPs and a three members of the House of Lords in a Westminster paedophile ring has been handed to Scotland Yard.

The Sunday Times reports a list of 22 high-profile figures has been compiled by Labour MP John Mann including 13 former ministers.

A well as claims of sexual abuse dating back to to the 1970s, police are also looking seriously at claims three boys were murdered in a luxury London apartment in Dolphin Square.

One of those killed is alleged to have been strangled by a Tory MP during a sex game, a claim described by Scotland Yard as "credible and true".

Mann has said previously: "All those 22 names are worthy of investigation by the police. The evidence against half of them is very compelling.

"Some of them could definitely be prosecuted and I believe several of them were definitely child abusers.

"I have been given many other names although at present I do not believe the evidence is sufficiently strong to pass them on the police."

The dossier includes the names of 14 Tory politicians, five Labour MPs and three from other parties.

The alleged paedophile ring is said to have been run by a "powerful elite" including MPs and ministers with an even larger number of people knew about it and could have stopped it but did nothing.

Last month Vishambar Mehrotra, a retired magistrate, claimed his son who was murdered 33 years ago was one of the victims.

The skull and several rib bones of Vishal, 8, were discovered in 1982 by pigeon shooters in remote marshland at Durford Abbey Farm, at Rogate, close to the Hampshire-West Sussex border.

Vishal, from Putney, south-west London, vanished while shopping with his nanny and sister on July 29 1981 - the same day Lady Diana Spencer and the Prince of Wales were married.

In June 1982, four months after Vishal's remains were found, police raided the Elm Guest House and it was widely reported at the time that the raids were linked to the boy's disappearance.

“I watched while that happened. I am not sure how I got out of that. Whether I will ever know why I survived, I am not sure," the man, identified only as 'Nick' said.

He described how he and the victim had been driven to the party together. “I knew we were being taken somewhere to be sexually abused by powerful men. But I had no idea of the true horror of what was about to happen.

“The MP was particularly nasty, even among the group of people who sexually abused me and others. I still find it difficult to talk about these incidents after all these years.”

A former detective chief inspector, Jackie Malton , said: "There is clear evidence that something was happening at that guest house. If nothing has been done about it in retrospect, then Mr Mehrotra [the father of one of the boys alleged to have been killed] is right.

"Either the police disbelieved it, or they covered it up one way or another."

"I do remember that the officers were highly passionate about the Mehrotra case, but for some reason we never managed to get anywhere."

"There was also a strong sense of the power of Parliament and of politicians. It was very much a case of 'Do as you are told."

Former child protection manager Peter McKelvie, said the victims, who were "almost exclusively boys", were abused over "many, many years" and were moved around like "a lump of meat".

He added: "I would say we are looking at upwards of 20 (people) and a much larger number of people who have known about it and done nothing about it, who were in a position to do something about it."

"I believe that there is strong evidence, and an awful lot of information that can be converted into evidence if it is investigated properly, that there's been an extremely powerful elite among the highest levels of the political classes for as long as I have been alive - I'm 65 now.

"There's been sufficient reason to investigate it over and over again, certainly for the last 30 years, and there has always been the block and the cover-up and the collusion to prevent that happening.

"For the first time I have got a belief that survivors will come forward and justice will be served for a lot of survivors, but unfortunately it has been left so late that a lot of the abusers are now dead."

John, I really hope that this is the beginning of the end for these people but I can't help feeling that a lot will still be covered up. Maybe only the dead perps will be hung out to dry. I feel sick to my stomach. Even now, judges hand down wholly inappropriate and lenient punishments to sex-offenders- and you think to yourself 'sympathiser, why?' It is a very scary world.

And this bastard was within their circle. I have two friends, one an ex relative. That suffered at the hands of this disgusting!!!!! Well you get the picture!!

And that's just the tip of the ice berg!!

Awful! I believe it is the tip of the iceberg. It's disgusting, I don't know what makes me more angry - the perps or the ones who did nothing to help the victims. They should all receive the same punishment or be charged as accessories because that's what would happen to other people who covered up crimes (or should happen).

It will be interesting to see if Scotland Yard handles these accusations in the same manner as they have handled Madeliene Mccans case.

Sure does make me wonder who Abd what Gerry McCann knows.

Not that it matters who knows what. I mean even things we know seem to be ignored.

We sure live in a sad world when being a child predator is totally accepted and protected by those with the power to protect.

That's exactly the problem isn't it - being a child predator is accepted,
I follow the SY farce but it makes me annoyed. The McCanns and the authorities have turned the poor childs death into a sick circus. How anyone, anywhere could have any sympathy for her parents is beyond me. The behaviour they display towards critics really is a window to their souls.
One day, hopefully, she will be found and justice served but it's hard to believe that anymore :-( isn't it?

This post reminded me of all the missing kids, that are still missing and no one has been charged. All parents I'm talking about but I started coming to statemwnt analysis because of those types of posts. Not a one of those parents has been charged. It's really sad every year that's goes by and it seemed like yesterday all these kids went "missing".