Few statements here, but note the concern for himself, rather than what his "missing" child was going through.

Compare this to Justin DiPietro, the father of "missing" Baby Ayla who said the same thing: "I'm not emotionally capable..." focusing on his own comfort rather than assist "finding" his daughter.

When child is missing and parent shows more concern for self and not child, the pronouns will show this:

Baby Ayla
Baby Lisa case where Deborah Bradley barely could use Lisa's name, instead focusing upon her self.
How often did Billie Jean Dunn put the focus upon herself, and her trials and tribulations, rather than Hailey, 13, who was murdered?

This is a consistent theme in missing children cases where the parents show guilty knowledge:  their suffering rather than concern for the child.

Search this blog on the above cases (and others) for specific examples.  Here, we have a father now charged and we look back, in hindsight, at his statements.  From the Daily Mail.com:

Father, 38, is arrested for 'killing daughter, eight, who died as he sexually abused her' - three months after he appealed with the public for help when she disappeared

A father who pleaded with the public for help finding his eight-year-old daughter after she went missing in September has been arrested for killing her.
Hiawayi Robinson, who was found dead behind an abandoned building in Prichard, Alabama two days after she went missing, died as she was being sexually abused by her father, authorities said.
Hiawatha Robinson, 38, was arrested on charges of first-degree sodomy and murder on Tuesday afternoon, and if convicted, he faces up to life in prison for each charge.
'The facts will show that while engaging in sodomy in the first degree, Hiawatha Robinson Jr. caused the death of Hiawayi Robinson,' Mobile County District Attorney Ashley Rich said while announcing the charges at a press conference on Tuesday afternoon.
Scroll down for video 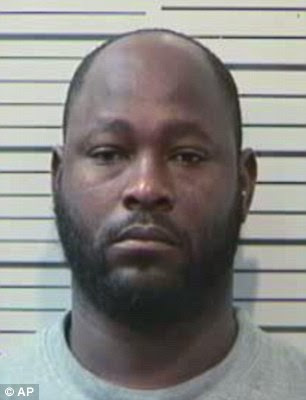 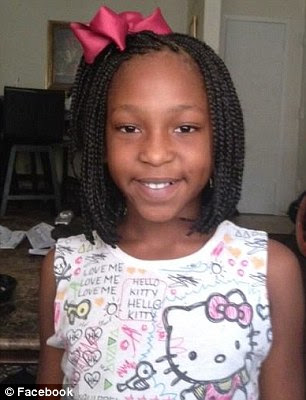 +7
Arrest: Hiawatha Robinson, left, has been arrested on murder and sodomy charges in the death of his eight-year-old daughter Hiawayi, right, who was found killed in Prichard, Alabama in September
In Alabama, the charge means someone is accused of engaging in 'deviant sexual intercourse' with someone under the age of 12, AL.com reported.
'Deviant sexual intercourse is defined in the law of the state of Alabama as sexual gratification involving the sexual organs of one person and the mouth or the anus of another person,' Rich said.
Rich would not say whether the alleged abuse by the father had been ongoing, Al.com reported.

He was booked into the Mobile County Metro Jail around 12.50 p.m. on Tuesday.
Authorities had searched his home in October and then his girlfriend's home, although they would not elaborate on what they found. Rich said she did not expect any additional arrests in the case.
It comes exactly three months after Hiawayi was reported missing on September 16.
Her father had claimed she had returned to his home after school to change before heading out to her aunt's house - but she never arrived. 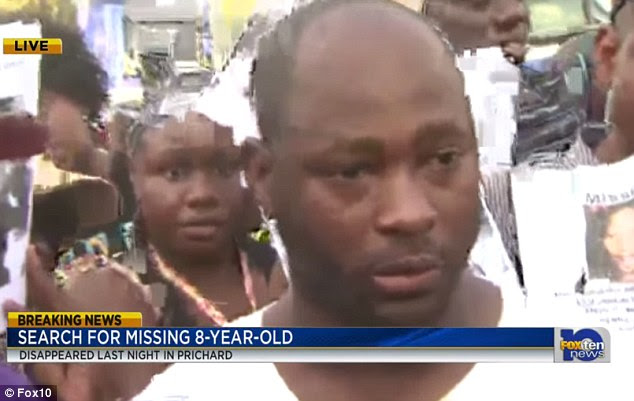 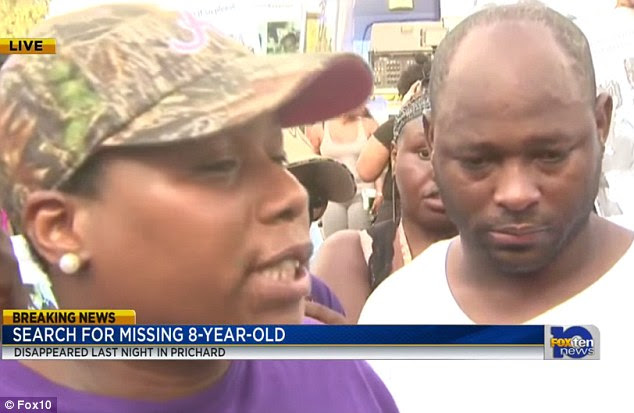 +7
Desperate: The girl's mother, Yosha Populus, also pleaded for the girl's return while Robinson stayed largely quiet. When asked what he thought had happened to her, he said: 'Nothing'
After she was reported missing, the authorities and the community searched for her, and her parents, who are separated, appeared on television to appeal for information.

Here is the statement.  She is missing but note the use of the pronoun "I" in his statement:

'I'm going through pain,' .
She's out there. Her daddy gonna find out what going on
Hiawatha Robinson during interview before Hiawayi's body was found
'I've been up for the last 24 hours, I've been up all night searching for her - ain't had anything to eat, anything to drink, I ain't going to stop until it's over with - until she's in her home. That's all I want, that's all I ask for.'

"The brain knows what it knows" (Kaaryn Gough) and his concern is for himself, not of his child.

His mind is thinking about police and being caught (hindsight), therefore, perhaps "they", who are able to "let her" come home, are the police.

Her mother also pleaded for information as she stood beside the girl's father. 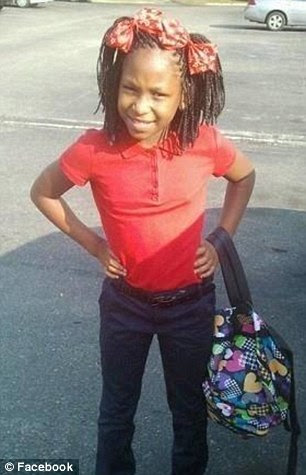 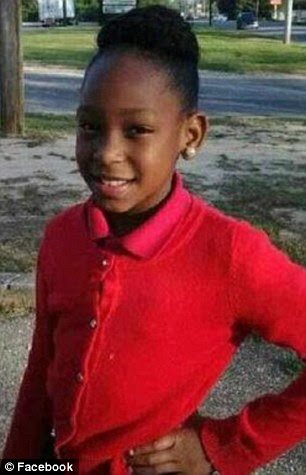 +7
Victim: The little girl's father had claimed that she was heading to her aunt's house but failed to arrive 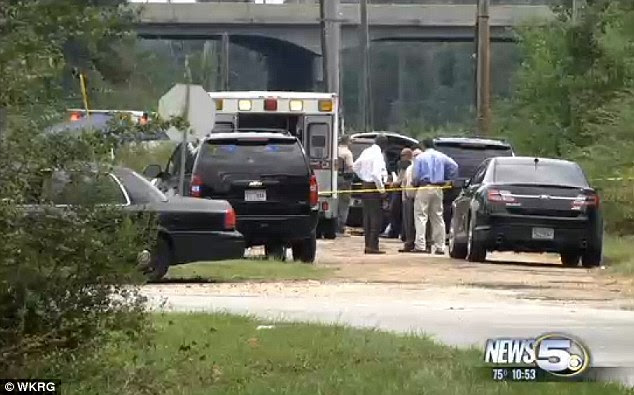 +7
Heartbreaking: Her body was found behind a building on this lane two days after she was reported missing
After the arrest was announced, Populus's godfather, Kourney Adams, told Al.com: 'She's been praying it wouldn't be him.'
But he added that they were thankful that finally someone has been arrested.
'We thought they had given up,' he said. 'Thank you to the FBI and the Mobile and the city of Prichard for doing their job.'
State Representative Napoleon Bracy, who helped search for Hiawayi, expressed his shock.
'He came out there saying he wanted to volunteer to help look for her,' he said. 'He came out there and acted like he was trying to help us search for her, and he knew the community was hurting.'

Rest in peace little one. The monster who killed you is in jail awaiting trial.


Then when asked "what do you think happened to her." Father says, "Nothing?"

Nothing, plenty happened but he doesn't want it found out so he says "nothing."

RIP Young Angel, you deserved much better in this life.

I hope this sperm-donor (I refuse to call him a father) gets sodomized everyday for the rest of his life in prison.

If you listen to kate and gerry mccann, it is all about them, how they are feeling, what is beig said and done to them.

By October, with the battle to clear our names under way, we were able to concentrate properly on our top priority: finding Madeleine.

As can be seen, it was anything but.
Maddie vanished may 3rd 2007 yet they only started to concentrate on finding Maddie in october, 4 month and a bit later.

kate mcann also wrote in her book that the police didnt offer her food or a drink !! if your child has just been "abducted" that wouldnt be normal would it