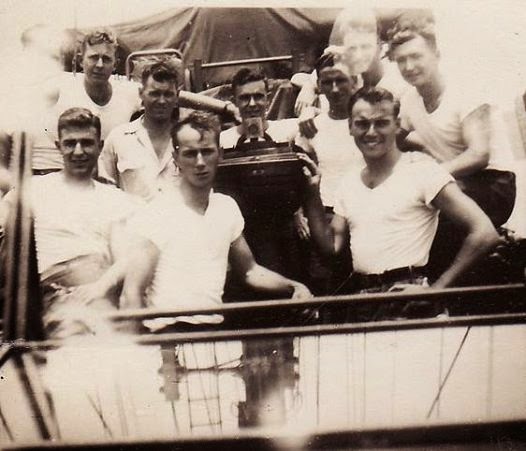 My favorite Christmas shopping is at Amazon, rather than a mall, but, brave as I can be at times, I did make such a venture yesterday with Heather, Christina, and Sean.

One of my favorite things to do is to "interview" children at the mall.  This, of course, must be with the parent's permission, often signaled through a smile, so that as I am waiting on line somewhere, and I see a little one, I love to ask questions, and listen to the answers.

Pronouns are exempt from the principle of personal, internal and subjective language.  Pronouns are instinctive, intuitive, and can even pre-date speech, as babies learn to 'say' the pronoun "my" with just a hand movement.

Pronouns are instinctive and human beings are possessive creatures.

Instead of talking to the child, as a stranger, I began with the grandmother, complimenting how cute the grandchild was.

Grammie invited the little girl to tell me her "A, B C's", as Grammie boasted, "She's only two and already knows her A, B, C's!"

Perhaps Grammie knows of my love of reading children books to children.  I was recently given one by the author, Robin Rooks, entitled, "Buggy Bash", which must be read.  It's one of those poetic gems that parents who love to read know why kids love them so!


Behind me, on the counter, was a Teddy Bear, of which the baby's eyes set upon, with "him, mine!  him, mine!"

Giving the baby a Teddy Bear that I did not intend to pay for would be unkind, for it only would have to be taken away, so I opted for "peek a boo" as a verbal distraction.

"Him, mine" told me two things about pronouns:

1.  They are instinctively correct when it comes to gender.
2.  They are indicative of what one wants, or considers to be owned.

Two examples of such:

Willie Wilson, father of missing baby Delano Wilson" indicated deception in his account of how he went missing.  The detection of deception was not a challenge, particularly as his use of gender was mistaken.

The two year old recognized that the Teddy Bear was a boy bear.  She did not need to think about it first, and take note of her language;  she just blurted it right out.

Secondly, the possessiveness of pronouns.

Recently in analyzing a statement, a man said, "my house" regarding  a house that he did not own, nor rent, nor have any legal entitlement to.

In fact, the legal owner of the house had just been found dead and he was already taking ownership of that which was not even deeded to him in a will.

I concluded that the death was a murder, and the motive was greed; the age old genesis of all wars fought in history, no matter what winning historians wish to claim.

Later, Sean and I were in Sears automotive section.  I like to get "Fuel Injector Cleaner" for stocking stuffers for my older kids with cars.  Many years ago, I had gone to get my van inspected and was told it would need several thousand dollars of work, even though it was only a few years old.  I called my friend, an expert in autos and he said, "Get out of there, now!"

He had me use Fuel Injector Cleaner, at about $4 per bottle, monthly for 6 months.  On the first fill up, that and better gas helped, but within a month, the van was running fine.  Now, along with going through a quick oil change regularly, I add a bottle of this stuff, and get my kids to do the same.

Dad needed to get his tuck inspected and it needed work, but they refused to inspect it because it was not registered.

In Maine, once you buy a car, you pay sales tax on it.  Then, you pay the government again, to let you drive your car.  He could not afford it --it is based upon the year and value of the car.  The newer the vehicle, the more the government makes you pay, even though the newer the car, the less pollution, or something like that.

Now I am on a "freedom" rant about how if we were allowed to keep our own money, how we would be able to afford...

back to the little boy.

Dad was stressed and his little boy was well behaved so I complimented Dad on him.  Dad was pleased and I asked the little boy, "Is Santa coming to your home?"

I grabbed Sean around the shoulders and said, "Yes I do!  He is my little boy!" which made the little four year old laugh.

This did not settle well with the little boy and an interesting argument ensued, as I watched the human being, at only four years of age, not only recognize and properly use pronouns, but he was able to grasp sarcasm of speech, which made him smile.

Which sentence best applies to my outing at the Bangor Mall?

A.  I went shopping with my family.

B.  Heather and I went shopping with the kids.

C.  My family and I went Christmas shopping.

Each sentence represents a different reality and the human brain chooses which it wishes to use by which  message properly represents reality.

A.  "I went shopping with my family" uses the word "with" which indicates distance.  "My" family shows a good, possessive relationship.  What could cause the distance?  Certainly my dislike of Christmas crowds in malls could do it.

B.  "Heather and I went shopping with the kids" also uses the distancing word "with", which may be explained by:

Heather and I did not want the kids to see what we were shopping for, therefore, we went in a different direction than they did.

C.  "My family and I went Christmas shopping" suggests a unity and more positive experience.

In this case, I would likely have said, "A" if asked.

I split off from them, manipulating the circumstances so that neither Heather nor Christina would see which stores I entered into. In fact, I lied about it.  (Christmas is a wonderful season for lying).  I sent a text which said, "I am in front of *******" leading them to believe that *****  is the store I was shopping in, when, in fact, I did not go into that store, but was, technically, in front of it.

Intent to deceive is why I said "lying", even though it was truthful.  The intent is what matters, both in reality and in language.  If one has no intention of deception, we will not pick it up in language.

Finally, I ended up in a grocery store unable to find the proper cookies for an "ice box cake" that Christina would have enjoyed making for me.  She likes to cook and I like to eat.  We get along famously for it.

I asked the young male working the shelves for it and he did not know where I could find it.  I then asked a mother of a 10 year old girl, "Do you know where the Nabisco cookies are?"

She said, "Oh, I was not eavesdropping."

I did not ask her if she was eavesdropping, but I turned to her daughter and said "Oh yes your mother was eavesdropping!" which caused her to laugh out loud and allowed me to explain the glories the Ice Box cake.

As I was doing that very thing, Heather came down the isle and looked at me.

She looked at me.

Without saying a word, I knew what she was saying:

"Would it be at all possible for you to inquire about the location of the proper cookies for which the Ice Box Cake is made, from an individual who's gender is not female and who's appearance is quite so pretty and..."

Yeah, she said all that without saying a word.

Husbands and wives have a distinct advantage over others.

Not only do they enter into each others' language, but the longer they are married, the more they can say...

without saying a word.

Trust them and they will guide you.

Delano Wilson is not alive and his father caused his death.  His own words give him away and his mother knows this to be true.

Perhaps, like others, it was unintentional, but it was caused by him, nonetheless.

Read the analysis; put yourself in the position of the investigators who know, but cannot prove.

It's a rough job.

Now go out Christmas shopping but don't talk to strangers.

Please sir, can i be excused from the don't talk to strangers request?

I promise to mostly behave and to not play with the Safari book as it causes people to give me strange looks as i giggle hysterically and my responsible adult (Mom)has to haul my ass out the store whilst apologising.

thanks in advance xx

We went with our children (yes, with- the 8 year old too excited and the 12 year old not enough, add to that waiting 45 minutes past appointment time...) to get a Christmas picture for grandparent gifts and cards. The haggling with the shop over which package to get. The sales person talked really quickly about the packages; after asking her to slow down, we picked up on language enough to ask more about the CD we could get with the pictures."We delete the pictures, so you'll want the CD." Wait, so can we print from the CD? "No, you'll have to bring it back to us..." With a quick look, it was clear we agreed, no CD.

Oh! And thanks for the fuel injector cleaner tips. Gonna git right on it. Hope it works on an older 960 Volvo. Does it? Tell me before I go messing up my engine and transmission with goop, alrighty?

kiss kiss for your trouble...

Pardon the OT- Fox reports that the search for Ayla has resumed. Here is the link: http://www.foxnews.com/us/2014/12/15/police-resume-search-for-missing-maine-toddler-ayla-reynolds/?intcmp=latestnews

Regarding the photo: Most likely Sailors. The men are gathered around a pelorus (gyroscopic repeater) in the middle of the photo. On top of the pelorus is a telescopic alidade for shooting bearings to objects. In the glass in the foreground you can see the reflection of the mast, halyards and mast ladder above and behind the Sailors.

This is my all-time favorite post of yours, Peter! Merry xmas.

Peter, I really enjoy your blog. I've been reading it for some time. I recently went back and looked at your analysis of the Lizzie Borden trial. I have found that case morbidly fascinating for years.

I wondered if you have done any work on analyzing the language used by mothers (or fathers) in Munchausens by Proxy cases?

Peter -- is the statement threat reliable according to SA?