A woman who was reported missing on New Year's Day was found Wednesday.
Stockton police said their missing persons unit received a call.
"So they went out and met with her, determined that she was safe, no crime was committed against her and right now the family is requesting privacy," Stockton police spokesman, Officer Joe Silva said.
Adkins, 26, was last seen at her North Stockton apartment complex before she went for a walk around 1:15 a.m.
On Monday, police deemed her disappearance suspicious because she had never left her home in that manner. 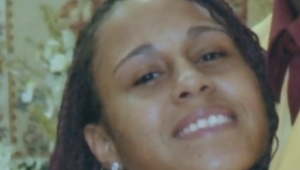 NEWS10
Stockton woman's disappearance deemed suspicious
Adkins' husband, 26-year-old Joe Shepard said he did not know why his wife had walked away from their apartment, leaving her phone, keys and drivers license.
"I haven't seen her yet at all. The policeman is telling me, you know, she's safe and she's in good hands, but as far as me seeing her and everything, no," Shepard said.
On Wednesday afternoon, Stockton police posted on Facebook Adkins was found safe. Police said they were not commenting further because the family had requested privacy.
Peter Hyatt as Statement Analysis Blog at 7:38 AM

I still think she "ran away" / left of her own free will. And felt bad about all the searching for her so she let the police know she was alright.

Maybe she was super unhappy in her marriage, or anything else.

I'm glad she was found, but the resources to find her are another issue.

I think the husband's language indicated argument and unhappiness in marriage.

The increase in tension was likely due to this.

I also think she ran away and is now with friends or in a shelter. The husband emphasized "safe", showing his concern and now relief. It was noticeable that the entire family seemed to rely on her and drinking was brought up. i wonder if there is some codependent issues going on.

I think at the very least she owes her husband an explanation! Even if they'd had an argument he was worried sick about her, as well as having fallen under a blanket of suspicion.

Next time she decides to take off in the middle of the night she ought at least have the courtesy of leaving a note behind so that everyone not worry themselves crazy about her. Just my thoughts.

The language used seems to indicate a troubled marriage, especially as we are told he is not seeing her.
Tha language seems to imply she is now somewhere safe, perhaps with family, friends or a refuge of some kind.

We are told Police received a call but are not saying from whom, was it her that made the call?
It would explain the distancing language.
They received a call, they went to he place and determined she was safe and no crime committed against her.
This rules out abduction, which makes it her walking away voluntarily.
I wonder if she made the call, made certain allegations, perhaps domestic violence?
This would explai why he has had no contact with her.

the police aren't telling him where she is or allowing contact perhaps at her request in order to keep her safe.

More statements would be needed to see why she walked out.

He seems passive about the whole thing, it is as if it wasn't unexpected.
has she threatened to leave him before?
Have there been issues which causes him to be so passive about seeing her?

Hmmm... something is up with that whole story. I am glad she is home and safe.

I did not think of the husband as being passive at all, Tania. Maybe I missed out on something?