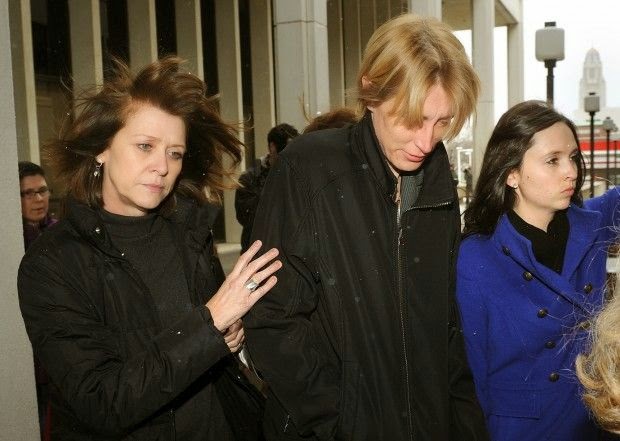 After an interesting and dynamic training at Acadia Hospital in Bangor, Maine, yesterday, I was pointed to the comments made by a judge in the Charlie Rogers' "Fake Hate" report.

This was analyzed when first released, and it is interesting to note that no news company, crime blog, or crime writer questioned Ms. Rogers' account.  When the video was released, money poured in from all over the country.

As readers here knew from the day the interview hit, it was all a fake.  Although her attorney argued that she had no criminal record, it was not her first "fake hate" allegation, as she was alleged to have carved a cross in her forehead, falsely claiming that her father had done this to her. This is to show hatred towards not only her father, but people of the Christian religion.

Note the judge's unusual comments as I have highlighted them.

The Acadia Hospital professionals were not fooled by her video performance, as they keyed in, not upon her tears, but her words.

After being caught, she continued to deceive.  Note that most deception is via withheld information, rather than outright, direct lies.  See this statement HERE  When reading this, consider the statement below about the attorney.

It's nice to hear from a judge that actually talks common sense.

Yes it is rob.

OT....Here is a too rare example of LE having the guts to do their job and make an arrest.

Sadly, she still has her followers / believers here in Lincoln. SOO infuriating how she conned so many!

“Lincoln can breathe a collective sigh of relief. This is not a community where masked nor hooded men secretly meet to come out of the dark to terrorize and burn out those who might be different from themselves.” (Judge Gale Pokorny)

This is not a community - stated in the negative, making it sensitive. He then uses the imagery of the KKK...interesting.

Direct quotes from one or the other, would be interesting to read, from an S/A point of view ?

Perhaps she suffered terror by proxy. Kinda like the woman who started a foundation for victims of human trafficking who had lived a secure childhood free from worries. Or Peter Townsend's research on abuse for his own personal drama to record in a book to promote for his own personal glorification (or gorification) and income producing hysterics.

The judge used the imagery of the KKK because the woman claimed three MASKED men attacked her and set FIRE to her kitchen.

Yikes. Charlie Rodgers gives me a feeling of disgust just looking at her; IFF you catch my drift, and I'm sure some of you do... Ewwww...... nasty woman.