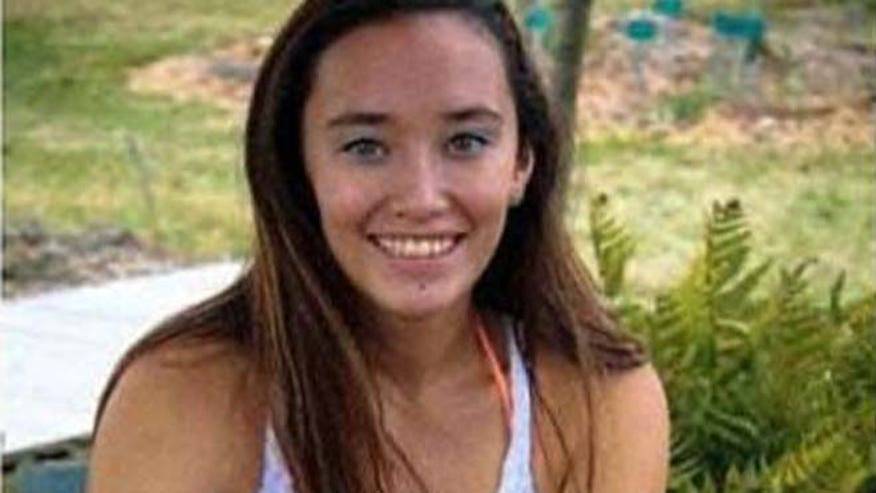 Note that "seeking" is present tense.
Note to "impede" is the opposite of progress.
He has been interviewed.
Every interview gives the Interviewee the impression that the subject is working in order to facilitate the flow of information, or impede it.

Police have accused Wesley Hadsell, 36, a convicted felon, of breaking into the home of a person Norfolk police questioned in the disappearance of his stepdaughter. Anjelica (AJ) Hadsell, 18, vanished nearly four weeks ago while home on spring break from freshman classes at Longwood University in Virginia.

Prosecutor Ashley Coleman said at a bond hearing for Hadsell that after breaking into the person’s home March 6, Hadsell punched a dog there, the Virginian-Pilot in Norfolk reported Saturday. Coleman said Hadsell threatened several police witnesses with violence and harassed one with an air horn.

Hadsell told a Virginia TV station he believes his daughter was abducted by the man who lives in the house he burglarized.

“If he entered the house, it’s because he thought his daughter was in danger," defense attorney Katherine Currin said at the hearing.

Note the defense attorney allows for the possibility of what police have accused him of, and then ascribes motive.

The paper said Currin asked the judge to release her client on bond or home electronic monitoring. The lawyer said Hadsell was not a risk to flee, despite a rap sheet that includes convictions for felonious restraint, burglary and bank robbery.

“Mr. Hadsell would very much like to be with his family and help with the search for his daughter,” Currin said.

Judge Bruce Wilcox said Hadsell should remain behind bars until his criminal case is resolved.

Hadsell was arrested March 21 on charges of breaking and entering, obstructing justice and possession of ammunition by a felon. The arrest occurred the same day Norfolk searched a wooded area in Chesapeake for his stepdaughter.

The Virginian-Pilot said Coleman told the judge Hadsell had been living in a hotel room after splitting with his wife. She did not say if the break-up occurred before or after Anjelica vanished. Police searched the room and found 75 rounds of ammunition.

Hadsell told WAVY-TV he was arrested after police interrogated him for 15 hours, and asked what he knew about his stepdaughter's disappearance.

“They asked me where she was at,” Hadsell, 36, told WAVY-TV March 21 during an interview at the Norfolk County Jail. “I know, give them the answers. I can bring AJ home. Their words last night [Friday].”

Hadsell said he had nothing to do with Anjelica’s disappearance and just wants her found safe.

The Virginian-Pilot said police have declined to say whether Hadsell is a suspect in the disappearance.

To decline to answer indicates sensitivity to the police.  This sensitivity may be due to a number of things:

a.  because he did it
b.  because someone else did it but they do not wish to address this
c.  because it gives him suspect status
d.  unknown
Peter Hyatt as Statement Analysis Blog at 9:01 AM

As I was reading this news article last night, I was wondering if "I know...I can bring AJ home" was like OJ's "If I DID IT" where the confession is hidden within other language. His actions seem to be those of a man desperate for answers, but his language says otherwise.

“I know, give them the answers. I can bring AJ home. Their words last night [Friday].”

"I can bring AJ home"

that's all I see in that statement.

Exactly! When quoting "their words", and speaking from memory, he should say, "YOU know, give US the answers, YOU can bring A.J. home", etc.

Instead he owns the statements, "I can bring AJ home", and "I know...the answers".

On other thread it was discussed, Wes gave word clues
Athlete
Sidelines
Frontlines
Goal
Game
He may have left her body near some type of athletic field in my opinion.

He also said that police wanted him to lead the search because they felt he knows where the body is. He said the police felt they would "just stumble over A BODY" and say "here HE is". In my opinion, it should be considered he may have killed before. Does he have a dump site for bodies? He referred to the body as a "he".

Well I'll be damned. Chelsea Hoffman has a half hour interview with Wes, havent listened to it yet, but comment left underneath it says that Wes' previous wife has been missing for 10 years?!?! If true, I picked up on him possibly killing before in his language. I guess Peter is a good SA teacher!! And no wonder the cops are all over this guy if that is true about his ex-wife. From what reading Ive done in crimonology as well as using SA I wondering if this guy has a dump site (s) for bodies. Im going to listen to the interview I had trouble copying and pasting the address to the interview with Chelsea H and Wes to share it here.

“I know, give them the answers. I can bring AJ home"

These words are haunting. His violence towards the dog and intimidation of witnesses also speaks volumes.


Jennifer Hadsell said….
“There’s a lot of support out here for her, and I hope to continue to see more support as the days go, for however long that may be, hopefully not too much longer,” Mrs. Hadsell said. “She’s a great kid, and we just want her home … We want people to be more aware of their surroundings, people walking down the street, the car that’s next to you at the stoplight, kind of just take a peak in.”
___________
Who is "we"? Her criminal husband is in jail. (Distancing.)

Why does mom need community support when she's not organizing searches? What exactly does she want the community to support? Her half truths? Her criminal husband's lies? Your dollars for the "bringajhome store" and the gofundme account?

Jen doesn't want you to take a long stare at girls in the community or in cars who might be her missing daughter. No, don't do that. She only wants you to kind of just take a peek. This, sadly, doesn't need an interpretation.

He framed his own guilt.

He has said some very strange things. Such as:

Hadsell told WAVY he found his daughter’s jacket in the couch, rolled up behind a cushion. Hadsell said, “I was just trying to make the evidence come to light. It’s not like I had the jacket, I didn’t plant the jacket, I didn’t know anything about that. It was the fact of the overwhelming information that led me there.”

“I’ve been out of trouble for over 10 years, and I do have successful employment at a business and stuff like that and a good family.”

"I know, give them the answers. I can bring AJ home."
Which is exactly what I think he was doing. Notice how the tips and evidence trail has dried up since he's been incarcerated. I also note he's switched to "AJ" here, when he usually calls her "my daughter."

"I've been out of trouble for over 10 years and I do have successful employment at a business and stuff like that and a good family."
Weird statement, Lis. He's used it several times. It's especially strange when taken with the fact that ammunition and scales with drug residue were found in his motel. He admits to increased cocaine usage recently. Do we, as a society, call that "out of trouble"? He was living in a motel separated from his "good family." This is a guy with a false image of himself and it's important to him that it stays intact. My guess is that somehow AJ upset that image of himself...

I don't know what the mother is doing. She never used her daughter's name in that statement. She did not plead for the return of AJ. She hopes it won't be much longer. Really? "She's a great kid." is so ...mild. Did she even have any type of relationship with AJ?