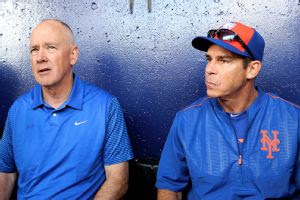 A breath of fresh air?

We often hear of people of faith being condemned for their belief on homosexuality, specifically, in regard to same sex marriage.   When a restaurant owner says he does not support marriage outside of a man and woman, protests and anger arises, with the intolerant demand for tolerance from the intolerant (or the other way around) being less than tolerant about someone else's intolerance...well, you get the picture.

This politically incorrect answer has consequences but this time, to the journalist who thought he had nailed the religious player.

Does it have to be this way?  Cannot people of good will agree to disagree?

Here is an interesting set of statements readers may enjoy.

A reporter specifically asked an openly religious ballplayer what he thought of an openly homosexual former player coming to his team.

The question was intended to be explosive.

The reporter did what was expected:  he took the religious ball player's statement directly to the homosexual former ball player.

It seems that the reporter, himself, may be disappointed by the tolerant response.   Would that more on opposing sides of issues might speak in such gracious terms.


I.  The Statement of Daniel Murphy:

Murphy, who the article notes is religious, said his religious beliefs are such that "we love the people. We disagree (with) the lifestyle."
Bean responded to Murphy's comments, via MLB.com

"I have tremendous admiration and respect for Daniel Murphy as a family man. Just last year, he made the decision to miss Opening Day for the birth of his son, and was criticized by some members of the New York media for this choice. Murphy deserved to be commended for putting his family first and that decision -- which led to an invitation to speak at the White House -- showed he's not afraid to stand up for what he believes in.

"When I took this job at MLB, I knew it was going to take time for many to embrace my message of inclusion. Expecting everyone to be supportive right away is simply not realistic. If you asked anyone who has competed in high-level men's professional sports, I believe they would agree with me. This doesn't change the way I go about my business, or my belief in what I am doing, but it's reality. "After reading his comments, I appreciate that Daniel spoke his truth. I really do. I was visiting his team, and a reporter asked his opinion about me. He was brave to share his feelings, and it made me want to work harder and be a better example that someday might allow him to view things from my perspective, if only for just a moment. "I respect him, and I want everyone to know that he was respectful of me. We have baseball in common, and for now, that might be the only thing. But it's a start. The silver lining in his comments are that he would be open to investing in a relationship with a teammate, even if he "disagrees" with the lifestyle. It may not be perfect, but I do see him making an effort to reconcile his religious beliefs with his interpretation of the word lifestyle. It took me 32 years to fully accept my sexual orientation, so it would be hypocritical of me to not be patient with others."

Billy Bean will likely meet with more relaxed attitudes from his audiences, as he speaks without seeking to condemn those who disagree with him.
Peter Hyatt as Statement Analysis Blog at 6:54 AM

"I disagree with his lifestyle. I do disagree with the fact that Billy is a homosexual. That doesn't mean I can't still invest in him and get to know him.


I don't think the fact that someone is a homosexual should completely shut the door on investing in them in a relational aspect. Getting to know him. That, I would say, you can still accept them but I do disagree with the lifestyle, 100 percent."

Concluding the statement is tolerant ignores the principles of SA.

He repeats, makes statements in the negative, uses "that" twice, says being gay shouldn't "completely" shut the door on..., dropped pronoun in "Getting to know them," "you" not "I" "can" "still" accept "them".

Anyonymous, his language expresses tolerance, if you understand the definition of it:

Tolerant-adj- showing willingness to allow the existence of opinions or behavior that one does not necessarily agree with.

Oh, I know the definition, Captain. The question is: does he mean what he says or is he lying?

If the above statement is honest and tolerant, then

"I want you to know I would never, ever harm a child of ours"

is a reliable denial.

I DO NOT CONDONE the twisted lifestyles or vile sex these "people"act upon @Captain.

"Can" you kindly "cite" the source for "your" statistic "about" the 63-percenters "and" "also" define what "objectionable" clothing "is"?

No.nothing else.You sir are a freak.

Lesbian sex is less risky than gay or heterosexual sex.
As far as "acting like the opposite sex", please read Sojourner Truth's speech Ain't I A Woman.

No tolerance yet, note where a statement begins as important. Here, in disagreeing with his lifestyle, he is able to say Billy’s name.

“That doesn't mean I can't still invest in him and get to know him.”

Stated in negative. “I will invest in him and get to know him” would show acceptance, but he can’t bring himself to state that. We can’t state it for him.

“I don't think the fact that someone is a homosexual should completely shut the door on investing in them in a relational aspect.”

Stated in negative (sensitive) and includes “think” weakening the commitment to the statement. He was asked about a specific player but cannot state his name here, instead the general “a homosexual” and “them.”

“Completely” shut the door. So how much should the door be shut on homosexuals who want to work in their chosen field?

Getting to know him.
Not “I’ll get to know him.” No commitment. Still can’t name in supposedly tolerant statements.

That, I would say, you can still accept them but I do disagree with the lifestyle, 100 percent."

Yes, quote where he says he tolerates it.

He doesn't say he tolerates it, that is my conclusion based on his language.

I'm a lesbian,I have straight friends.

"It took me 32 years to fully accept my sexual orientation so it would be hypocritical of me to not be patient of others."
That's a powerful statement.

I want to point out out we're talking about relationships and tolerance here. If Billy Bean was banned from the MLB because of sexual orientation, or refused service in a restaraunt because of the owner's belief...that's a whole other ballgame. (Pun intended).

Ooh, meant as baseball. I'd better stop with puns.

I appreciated that the two beliefs are incongruent and will never agree, yet,

this itself, is not wrong.

It was a freedom that we enjoyed in our country of which I hope returns.

It was a very nasty action on the part of the journalist even if you do not know the back story.

Daniel Murphy is a good, solid MLB player who makes a lot of money from which the owners of the NY Mets feel that they can do without. Therefore, they let him know he was on the trading block over the off season. This weighs upon the player and his family and can create bitterness.

Every player wants to be wanted. The "lot of money" I refer to is by the reference point of most of us.

In MLB he is not superstar, nor star money.

The Mets organization hired Sandy Alderson to do the "money ball" miracle of finding good players on the cheap because the owners got burned in the quick money scamming of Bernie Madoff.

They also have some young stars that are going to make much more money than Murphy, very soon.

Alderson paid a fortune for some players, recently, that ended up cut off the team, one way or another, adding to the humiliation. He has done much good, but mistakes often overshadow the accomplishments.

Knowing all this, and the NY media and the hyper sensitivity of our era, the journalist sought to cause a storm over the team, at the expense of Murphy's private religious views.

He goes there to play ball, not to be lectured about sex.

I respect Billy Bean's response, as it not only showed tolerance but something we do not see often in our day:

Such topics fascinate me, especially when it is in the media.
Religion is allowed to be freely practised and is covered by law as to regarding bias, hate,intolerance and so on.

Everyone has a right to have a belief and this right is enshrined in law that someone cannot be penalised for believing in a god or gods.

Homosexuality is now also allowed to be freely practised in many countries.
Everyone has the right to be gay and this right is enshrined in law.
People cannot be penalised for being gay.

The fun begins when two polar opposites, both with rights enshrined in law clash.

Devout christians for example are prosecuted for not renting a room to a gay couple or a baker is fined for refusing to bake a cake for a gay couple because their religious beliefs tell them homosexuality is a sin.

How can this be resolved since both are right and entitled to their beliefs and have legal rights.

They should both be given equal measure but how can they when one diametrically opposes the other?

This would make for an interesting court case to see who trumps who?

It would make an interesting case.

This distinction can be found in some Jehovah's Witness cases. Some cities grew aggravated by the JW pamphleting and made laws requiring permits to solicit door to door, limiting the activity that is part if JW religious practice. The SC struck down these laws as infringing on religious liberties. Local govts can require (and deny) permits for door to door SALES but not for door to door religious activity.

So if governments made laws forcing religious groups or religious activity to accept homosexuals as equal to non, that would go too far. Laws prohibiting discrimination in the marketplace are different from that though.

I hope you don't believe what you just typed. Wow.