Understanding the Depths of Persuasion 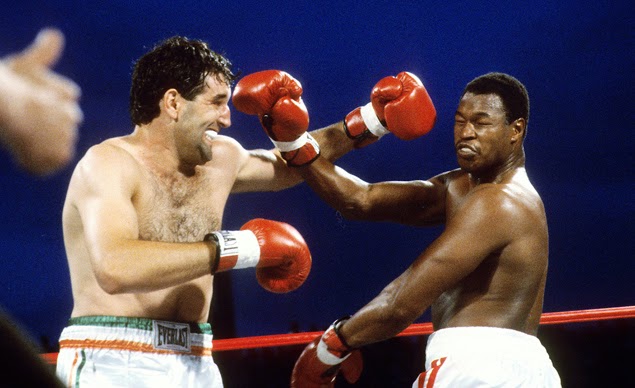 By his language, Cooney showed sensitivity to the criticism that he had "not gone the distance" in his career and had "no business" being in the same ring as the champion, Holmes, but was given this fight due to his race.

Cooney was tall with a lengthy reach and undercut and had knocked out, in brutal fashion, Ken Norton, in the very first round.

Normally an aggressive slugger, Cooney seemed to have a strategy, not to go all out for the early knock out, but instead, to box in a manner that would cause the fight to go "the distance."

This may have been his undoing, as Holmes, unpopular for knocking out the aging Muhammad Ali as well as some of his own more coarse statements.  Holmes, the more talented boxer, battered Cooney to the point where Cooney's manager "threw in the towel", that is, quit in the 11th.

What happened next is relevant for Statement Analysis and specifically for business sales.

Gerry Cooney had a microphone thrust in his face, exhausted and beaten down, teared up and recalled something that should reverberate with us in whatever position we hold in life.

Cooney spoke in what could be seen as extreme "excited utterance", that is, appearing wobbly on his feet, having just lost the fight of his career, appearing disorientated and exhausted; his brain signaled to his tongue, which, of his perhaps 30,000 words (perhaps 29,000 after that beating) to say.

The 'whole world' (so to speak) was listening.

The spotlight was exhaustively upon him as media (and even promoters) sold tickets playing one race against the other with, "Great White Hope" tag.  The media was more interested in interviewing the loser than the winner.

What would he say?

He spoke of his father.

If you do not know what he said, what might you expect to hear?  In Statement Analysis, this is called the "Expected", that is, what is commonly expected to be heard by someone who is "innocent" (didn't do 'it') which then, by this presupposition, sets up the hearer/listener/analyst for the "unexpected" "confrontation of words" heard.

What would you expect?

"I want to thank my dad..." and "I owe everything to my father", or something along these lines.

This was, at least for me, what I expected.

What he said, however, was not only the "unexpected", but was immediately ridiculed across the nation.

He spoke of how his father, basically, told him that he was worthless, a failure, and would never amount to anything, and his loss to Holmes was the fulfillment of that which he was brought up hearing. Gerry Cooney apologized for letting everyone down.  He was a failure, according to his own language, rather than one who reached an amazing pinnacle in the sporting world and had accomplished more than most people even dream of.

Children believe what their parents tell them, which is what makes verbal abuse so insidious.  Yet it is within this principle that we learn a great deal about language, emotional connection to words, development, and truth.

That Cooney, and other highly skilled, highly competitive athletes turn to substance abuse, is often indicative of something that is very important to them, internally:

that they destroy themselves.

Condemnation of a child comes:

a.  During brain development
b.  Comes from the one specifically trusted above all others
c.  Has strong emotional connection to the words, in the processing center of the brain.

The condemnation is believed.  This is seen in self-loathing where the behavior follows the belief.  What we believe, we do.  When a child believes he is worthless, he will either yield to it, and do things that are self destructive, or he will fight against it.  It will not, nor ever be, a neutral issue in life.

There is something that must be understood at this point of Statement Analysis:

There is a 'comfort level' for the subject with the words, even when the words are harsh, brutal, abusive, cruel and who's purpose is to tear down.

The comfort level is this:

This is something that takes place in a level that is not technically "subconscious" but it certainly feels that way.  There is a connection with certain words that go way back, and were given to the child with specific emotional connection, making the intellectual connection far stronger.

This is where Gerry Cooney reached into at one of the most critically important times in his life.  This is likely what haunted him, and haunts him today, each time he faces the element of failure.  Failure is common to all of us.

This 'comfort level' is due to familiarity because the words were engrained into the brain's internal dictionary with the added element of emotion (hormonal, too, like PTSD.  See articles on PTSD for further information).

Adults spend their entire lives either embracing or fighting the words given to them during critical years. 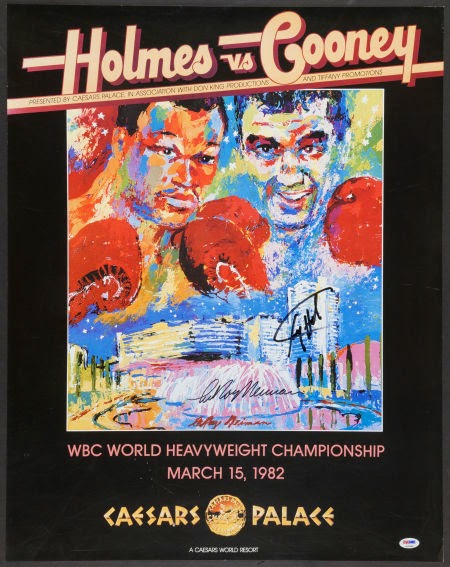 Even sanitized, decades later, he said, "I grew up in a big Irish, Catholic family. My dad was a pretty rough guy. So one of my brothers left home when he was 15 and found his way to the gym. It gave me the opportunity to go and spend some time with him and work out in the gym."

How "rough" is "pretty rough" in his personal, internal, subjective dictionary?  Rough enough for him to tell us that this was the cause of a 15 year old brother leaving home.  "Rough" enough for the number one contender to the boxing world heavyweight championship to rush back to childhood at a critical point of his life.

Analytical Interviewing lives, breathes and succeeds on this very principle:

Getting to the words in which the subject's own brain; the subject's own internal, personal, subjective dictionary, has a level of comfort with, seeks to "enter into" (this is different than parroting) and get to the truth. In other words, you "decode" the language of the one who holds the information you need.

The implications of successful, legally sound, ethical, non-intrusive form of interviewing, are myriad.

The world's best are highly trained and intuitive in this very thing.  The world's best include not only investigators, therapists, journalists, but another field where it is often the "magic" produces stunning results.


Peter Hyatt as Statement Analysis Blog at 9:42 AM

The question from part one continues in this article here...getting warmer!


A bit back on "propaganda" where I recently read an interesting "definition" of it:

I find this interesting.

She was repeatedly told that something happened, that she did it, that they understood she wasn't a bad person, let them help her, etc...and she seemed to not have any understanding of the implications of her 'confession', as she was still expecting to go home.

I noted that she made no reliable denial, but given that she had poor verbal skills, and was being badgered by the two officers, I wondered if she was too intimidated to say she didn't do it, fearing more aggression from the officers?

Now I'm thinking along the lines of suggestion/persuasion by feigned sympathy. (which still doesn't nail my thoughts on the matter)

My guess is that for a person to start talking from their internal dictionary of familiarity, based on the example given, the person needs to feel some form of defeat. They may feel that no matter what they say matters after a failure, so they say what is on their mind because they feel like they have nothing more to lose.

People can badger themselves emotionally when they don't live up to their own, or other's expectations.

Cooney lost and he felt like a failure and that feeling was a recognizable emotion because he grew up with it thru his dad. There was a certain comfort level for him in feeling like a failure because it was familiar territory.

I don't know what you call it Peter, but that is my attempt to explain it.

Is it the subject's desire, or need to please/relate to the interviewer that could result in manipulation? (In the wrong hands)

I read a few more words describing his statements to the press that basically threw rotten tomatoes at him for losing and calling him the "Great White Hype."

They wanted to beleive the advertising banners at face vaule. He was a mere man.

He explained how his boxing training was also sidetracked by taking care of his brother and he only had one family-something the jeering crowd and media would know nothing about.

The ridicule may have reminded him of his father. Some think it's the best way to produce super humans.For others, like his brother, the ridicule defeats them for life.

Still, in the article I read, the author presumes to be the psychiatrist......again.

"He spoke of how his father, basically, told him that he was worthless, a failure, and would never amount to anything, and his loss to Holmes was the fulfillment of that which he was brought up hearing."

His plan to "go the distance" didn't work. His failure in the ring brought all those childhood feelings flooding back - he was no good, worthless, a bum. It's amazing how, as a successful boxer, one loss, one setback in a career made those feelings of self loathing come to the surface.

Has anyone seen the movie Whiplash? I thought of this post as I watched it.