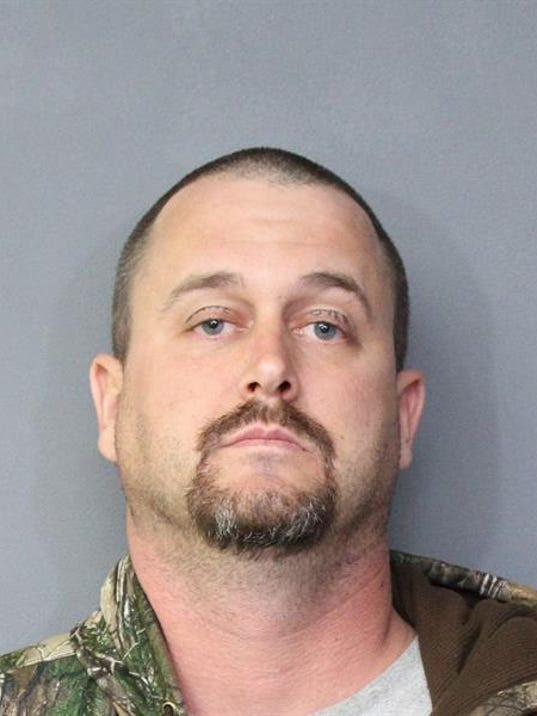 NORFOLK - The father of missing teen AJ Hadsell is in jail, being held without bond.
Saturday, Wesley Hadsell faces obstruction of justice charges as well as a charge for possessing ammunition as a convicted felon.
This comes on the same day police and search crews search for Anjelica Hadsell. Norfolk police say their search was based off a tip.
Crews spent Saturday searching a marshy area near the 4000 block of Battlefield Blvd South.
Hadsell has been missing since March 2nd, when she was home from Longwood University on spring break.
Police combed a wooded area in coastal Chesapeake, Virginia, today in search of a missing 18-year-old girl.
Anjelica "AJ" Hadsell has been missing since March 2, the Norfolk Police Department said.
Authorities developed a lead that led to today's search area, which Sam Shenouda of the Norfolk Police Department described as large, wooded and remote.
The investigation is ongoing, Shenouda said, so no other information about Hadsell's possible condition could be confirmed.
"We're not taking anything off the table," Shenouda said, adding that the police are "trying to consider every possibility."
Hadsell is described as standing at 5 feet 6 inches tall and weighing 120 pounds, according to police.
Hadsell, a Longwood University freshman who was home for spring break, was last seen around 7 a.m. on March 2 at her family's home in Norfolk.
Two days later, Norfolk police received a tip that Hadsell had been sighted on Virginia Commonwealth University's campus, two hours away from where she was last seen by family.
Investigators said there is no evidence of foul play, but her family and friends say she wouldn't disappear on purpose.
"This is not Anjelica," her friend Andre Barr told ABC News. "We all know her, we know how she would act and this is not -- this is out of character."

Those past tense words are looking like they could have to meaning we were concerned with.

A few excerpts - note the (I) is because he started the sentence with "Made mistakes...":

“I couldn’t sit a minute away from where my daughter may have been,” Hadsell said from the Norfolk City Jail.

“(I) made mistakes,” he said. “I’ve been out of trouble for over 10 years, and I do have successful employment at a business and stuff like that and a good family.”

“I want my daughter home,” said Hadsell. “That’s what I want and that’s all I want. Anybody who wants to say something about that or get in the way of that, then I’m sorry. So what some ways are unorthodox. I didn’t have anything to do with her disappearance. I don’t know where she’s at.”

“I found my daughter’s jacket in his couch rolled up behind the cushion,” said Hadsell.”I was just trying to make the evidence come to light. It’s not like I had the jacket, I didn’t plant the jacket, I didn’t know anything about that. It was the fact of the overwhelming information that led me there.”

Can anyone see what the tattoos on his eyelids say?

Of all the things Wesley's said so far this bothers me the most:

"Lets just say that my daughters jacket, because I’m not going to beat around the bush, my daughter’s jacket that she was wearing when she saw me last, that someone recognized as she was driving as a dark navy blue color - something up top - obviously that’s the jacket, her Longwood softball jacket with her name stenciled in it, now that was found in this guy’s possession hidden in his house."

when she saw me last,

The context is that he's talking about AJ's disappearance so I would expect him to say "When I saw her last."

I don't know why but the way he phrased it makes me question if she was wearing her jacket when she saw Wesley last but not when he saw her last. As in maybe she was no longer able to "see."

I hope this makes sense.

Oh, and the eyelid tattoos say "Game Over."

Wesley Hadsell, adoptive father of Anjelica Hadsell, has been arrested on six charges supposedly unrelated to the disappearance of the 18-year-old Norfolk teen. ABC News 13 reports that Wesley has been charged with multiple counts including obstruction of justice and unlawful possession of ammunition. However, according to WAVY 10 News, he has also been charged with breaking and entering. Not only that, he admitted on an on-camera media interview that police directly accused him of knowing what happened to his missing daughter. That’s not the only shocking update in this case as new details continue to develop.

Wesley is currently being held without bond while law enforcement officers search for Anjelica Hadsell quietly, remaining tight-lipped on whatever tip led them to search the area in which they are searching. Authorities are being careful to not refer to Wesley as a person of interest or a suspect in AJ’s disappearance, but he said on camera that he was accused of knowing where she is. He also changed his story after a reported 15 hours of police interrogation, implicating himself in the disappearance of the 18-year-old coed.

found the jacket rolled up behind a couch cushion. With his story clearly changed, he claimed that he did not plant the jacket that he says is evidence that someone abducted Anjelica.

“I found my daughter’s jacket in his couch rolled up behind the cushion,” said Hadsell.”I was just trying to make the evidence come to light. It’s not like I had the jacket, I didn’t plant the jacket, I didn’t know anything about that. It was the fact of the overwhelming information that led me there.”

Speculation is running rampant online using the #BringAJHome and #AnjelicaHadsell hashtags on both Twitter and Facebook, with many people accusing Wesley of harming his adoptive daughter. Many people are bringing up his criminal record, citing a 2005 case in which is ex-wife went missing for several days. He was reportedly arrested after allegedly kidnapping her and driving her across multiple states.

With all the speculation, rumors and confusion in this case there remains one important fact. Anjelica Hadsell is still missing and the Norfolk Sheriff’s Department has been mostly silent on what’s going on in the investigation.
Read more at http://www.inquisitr.com/1945330/did-anjelica-hadsells-dad-plant-evidence/#T3qPzJfKOrTcp2VB.99

In the vt below the reporter asks.

This is a yes/no question and should be answered so. Anything beyond that is carefully noted.

A: Yes sir, i can say with one 100% confidence that, i told them last night, i don't know where she is. I don't know if anything happened to her or did not happen to her.

In the vt below the reporter asks.

This is a yes/no question and should be answered so. Anything beyond that is carefully noted.

A: Yes sir, i can say with one 100% confidence that, i told them last night, i don't know where she is. I don't know if anything happened to her or did not happen to her.

Weak denial as he reflects the interviewer's question back.

His answer though does not refer to knowing where she is, he answers thatWith 100% confidence that i told them last night

His answer relates to what he told LE last night NOT that he doesn't know where she is!

His above denial is weakand i suspect if polygraphed he would fail.
The fact in earlier interviews he gave possible motives such as someone was obsessed with her, that evidence has been found where he has been /searched ( credit cards and her jacket) leads me to think he is planting evidence to frame someone.
I also wonder if she has since been moved to a place that has already been searched in the belief LE would not search the same place twice?

I wonder if they will also be able to get prints off the credit card?

What about Myra's pain ?

There is no focus on Myra's welfare, only on how she feels.

Along with the reflective language, and repetitive "don't know what happened or did not happen" (in the negative) he actually answered a different question than he was asked:

He can say with 100% confidence that HE TOLD THEM LAST NIGHT, he doesn't know where she is.

Oops, I should have read further before commenting, lol! You nailed though John, he is planting evidence. (* He appears to acknowledge that he did in saying that he supposedly found her jacket, and was just trying to call attention to it.)

Now I understand why LE refused to release the person of interest name, despite supposedly finding all of this compelling evidence...they knew it was bogus!

"It was the fact that the overwhelming evidence led me there".

-It seems to me that he has created the 'overwhelming evidence' leading toward this person.

We should go back and repost/analyze his description of last seeing AJ. He is leaking like a sieve every time he speaks.

What do you guys think his overall motive is?

Was he really obsessed with AJ, (he does seem abnormally focused on her in his description of her hair ties, overhearing her discussion about her boyfriends gift, doing extensive research about it, etc) OR is this a ploy to create a devastating crisis, in hopes of getting his wife/family back? (He repeatedly states that he would do anything for his family, so what his methods are unorthodox, etc.)

"Experiential Memory" is a memory of what one experienced for himself. He self references of what he has said, which is a red flag.

He did not answer the question asked: "...that you h ave nothing to do with the disappearance of Anjelica?"

He answers he doesn't know where she is.

This guy wes is Guilty /evil disgusting as ISIS