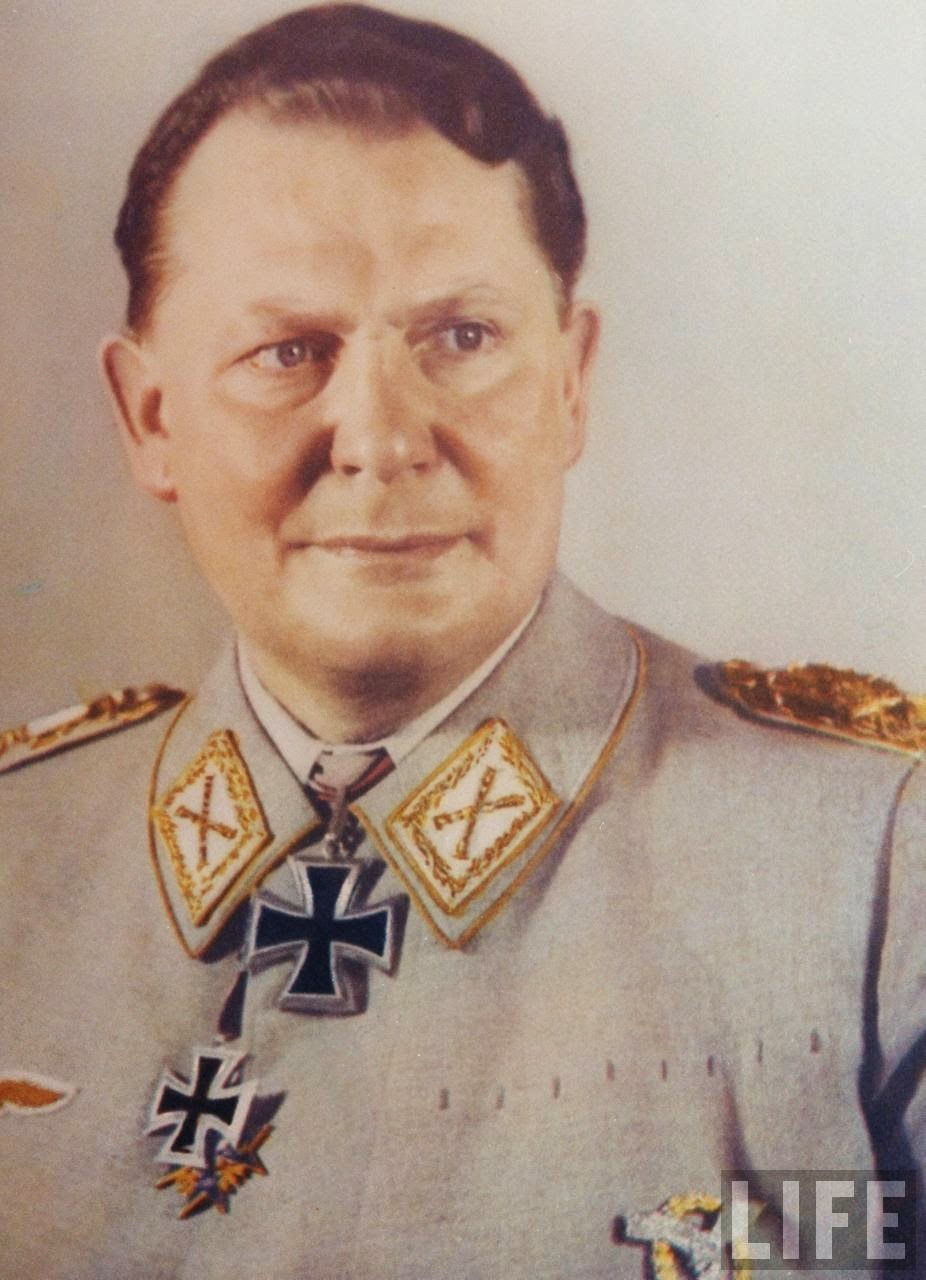 Hermann Goering said he did nothing different than American generals did in World War II.
ISIS is sending jihadists into Europe disguised as poor refugees.
Free Speech is being attacked and silenced as "hate speech."
Police, throughout the country, are being portrayed as racist bullies with guns.

Deception runs deep and propaganda seeks clever angles of which to fit deception into the mind of its recipients.  Studying the history of propaganda may help us understand that which is presented to us today, which may contain two elements necessary for a topic to be considered propaganda:

I have become increasingly more interested in the deception technique of propaganda.  While it is often referenced to war time activities, it is not exclusive to war.  Some historical references include:

* Civil War and Post Civil War  propaganda about the South which made tense relations between races even more tense, spreading the scope of discord beyond the wealthiest and on to the working classes.


Propaganda has a need to persuade and uses not only deception, but the broad stroke to portray, sometimes a small snap-shot of society, as a much larger portrait.

To take this theme and apply it to today:

What city do you live in?
When answered, "your city has a child abuse rate of ** percent.  This is very high."

Conclusion:  People who live in your city are child abusers.

Can you imagine such broadly painted portraits?  This is what propaganda seeks to do.  Propaganda mixes truth with deception and can cause severe reactions:

*World War I propaganda by the British that may have de-senstized the American public (and leadership)  to the horrors of World War II and the fate of the Jews, as early reports were often dismissed as "British propaganda" that was "just like we heard 20 years ago."

What Jewish lives were lost, perhaps, due to the ignoring of reports?
Were reports silenced or deliberately ignored?
Who, exactly, were responsible for any such reports being ignored or dismissed?

We may even look at the oil embargo coupled with the extreme repetition of President Roosevelt's denial of "getting involved in another European conflict" in speech after speech.


*"Propaganda Minister" Joseph Goebbels and Nazi party's  fulfilling the marching orders of "Mein Kampf" and the influence exerted over children in the 1930's.  I recently watched "The Eternal Jew" which is often introduced as "a flop", that is, not a big seller.  Ticket sales and the successful impact of turning citizens against Jews, city by city, town by town, may not correlate directly, but when combined with school teachers yielding freedom of speech to a political arm, made for an increasing force of anti-Semitism throughout the population.

*Soviet era propaganda on both sides of the world.  Even today, Stalin's murder of his own citizens, through deliberate systematic starvation, is often ignored or given lesser place when the Holocaust is viewed.  Why is German atrocity so much worse than Soviet atrocity?  This may have something to do with German (and western) early propaganda of the Soviets as "inferior" and "barbaric", with a 'lesser shock value' than the 'civilized' German people.  Here, propaganda ran in all angles, including American propaganda to make Stalin an ally.

Did the Soviets capture Americans at the end of World War II, and keep them?

*"Hands up!" by black children made to fear police, is an example of propaganda employed today.  Watching young children on PBS holding up signs directed towards police, saying things such as "don't shoot me for my dark skin" is not only propaganda, but it is to instill both fear and disregard for law enforcement and authority.

It is based upon a lie.

Recently, fascism's forceful techniques have been employed by small groups who seek to bully their ideology into acceptance.

A central theme is an old theme:  moral superiority.

"If you don't believe xyz, you are morally inferior to us."

The demonization then begins.  A popular "ism" has been "phobia", or irrational fear of whatever it is that is being propagated.  This is where we often see the principle of "of course" entering into the mix, where the absurd or disproven, or even the unproven, is to be accepted without question.  It is a sharp technique and it intends to put one on the emotional weakness of "not knowing what everyone else knows" and accepts as "fact."

When coupled with a lie, it is powerful.

Some techniques, however,  are sharper than others.

In this blog, we deal with words.

In our generation, we have not only seen the marvelous advance of the internet, but with this new freedom of communication, we have an assault on free speech in the "morally superior" technique of "hate crimes."

Here is how it works and borrow an anecdote from Robert Spencer:

a.  If I come to you, assault you, and steal your money, I can be charged with assault and theft.

Question:  What is the difference between a and b?

This folly has consequences.

Bob Dylan was charged with "hate speech" in Europe for expressing an opinion about one side of a war in another country.  The "winner" of the war can charge "hate speech" as a crime (it was eventually dropped) while the loser remains silent.  Recall that winners write not only the history books, but the rules, too.

The United Nations has been petitioned, year after year, by Islamic nations into making criticism of Islam a "hate crime", even though these nations export Islamic Terror, and do not allow for freedom of speech in their own nations.  It is an attempt to curb the very thing America deemed first and foremost in their legal expression of rule:

Without Freedom of Speech, no other freedoms can exist.

Racism, when defined, is an ugly thing.  When it is applied with double standards, it remains an ugly thing.  Freedom of speech, however, allows for insult, even to our most prized standards and possessions. At any given time, we may not like it, but we defend it knowing that there may be an issue that arises where our freedom to express ourselves is challenged.

In Fascism, tolerance only cuts one way.

In Brooklyn, New York, a speaker is scheduled regarding the topic of "Free Speech."

It is being opposed by Muslims.

The speech is about Freedom of Speech and how terrorism, with counter-terrorism techniques now being labeled "racist" and "islamophobic", are trying to stop our American freedom of speech.

To accomplish this, those who oppose free speech have used a different  technique,  rather than the time tested ones of:

When these are considered "crude" the same fascism then went "verbal" with a different methodology.  This time, is not as crass as bomb threats by the "religion of peace."  It is not even the "islamophobic" or even "racism" (which race?) demonization cards being played.

This time it was a different propaganda device.

They did something that was deceptive, yet with a different angle:

They flooded the University with calls and emails "demanding" that the school be "responsible for the protection of Muslim students after the speech."

Who, after all, would be against protecting Muslim students from violence?

This leads to the question:

What violence has the speaker incited previously, that would lead to this demand?

There's never been violence, arrests, nor anything close to it, in any of her speeches.  In fact,  no Muslims have ever been menaced either before, during, or after any talk that Pamela Geller has ever given.

The increase in violence and threats against Jews in Europe has now reached proportions that bring the 1930's Germany to mind, while Jewish students in the United States report being harassed, threatened, and so on, often under the banner of "Palestine", by...

In this most recent attempt at Fascism shouting down free speech, it backfired.  The claim was too over the top and college officials saw it as such.

Sometimes propaganda works, and sometimes it does not.

It should be seen for what it is, with the "need to propagandize" seen for the weakness it exhibits.

Recently, I posted Adolph Hitler's letter to Roosevelt in which he insisted that the Germans in Poland needed protection and if the nations of the world would not aid them, he would have to.

Who wants Germans in Poland persecuted?

A college recently canceled a movie due to protests.  A specific band of students claimed it was "racist" and also used the "we need protection" argument.  The school buckled under the pressure.

Propaganda seeks to infuse "moral high ground" into a false setting, thereby inciting an emotional reaction.  It seeks to silence free speech and disagreement as "immoral" or "morally unacceptable."

Free Speech is often shocking and the origins of it in our nation were specifically designed to criticize...

Propaganda takes time and effort to put together.  It is clever and its foundation is in the words, "of course", which are used when one wishes its audience to accept, without question, that which is being offered.  Sometimes, "of course" is appropriately used, particularly when a commonly held belief is identified. "Of course the boy fell to the ground when he jumped, imitating a bird" has us accept that gravity exists.

A major technique of propaganda is to accept, without question, the moral authority of the assertion.

Underline the words, "of course" each time you see them in a statement, and look at the context.  Also, take note where the meaning of a text is, "of course" even when the specific wording is not used, or other words are used instead.

Note the need to present a topic as without question, and question it.

Peter Hyatt as Statement Analysis Blog at 9:06 AM