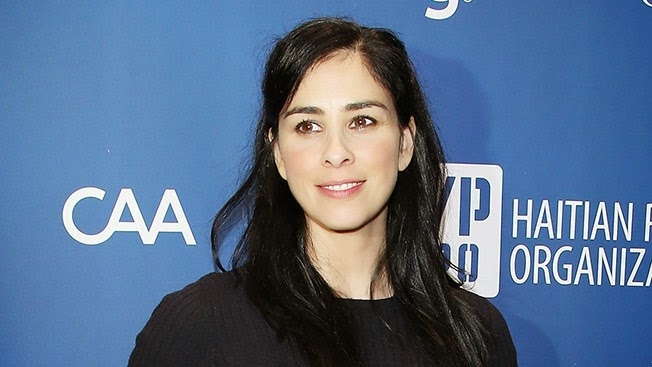 Liars are those who deceive by fabricating reality in less than 10% of deceptive statements.  It is rare and it is a signal that the liar is capable of more damage than we commonly even imagine.  This is an article from National Review. com  in which Sarah Silverman admitted lying.

What does Statement Analysis show?

I have the article, in its entirety, with analysis given to her statement, which is repeated for instructional purposes.

Sarah Silverman Admits She Made Up a Wage-Gap Story, Then Calls Critics Maniacs

Comedian Sarah Silverman admitted that a story she told about wage discrimination (in which she even went so far as to call out a specific employer by name) was a lie — and then said people who might consider her lie a reason to question the movement she was supporting were “maniacs.”


In an April 6 wage-discrimination-activism video for Levo League, Silverman accused New York Comedy Club owner Al Martin of having paid her less than a male comic for doing the same work.  Let's look at her statement first, and then analyze it. Will it be seen for what it was, by following principle?

“I was out with my friend Todd Barry and we were doing sets around town together, and I was pretty well-known already, and we both did back-to-back 15-minute sets at this club, the New York Comedy Club, and he paid me 10 bucks . . . and we were outside talking and Todd somehow brought up that he, you know, mentioned that he got 60 bucks. So I went back inside and I asked the owner Al Martin and I said, ‘Al, why did you pay me $10 and you paid Todd Barry $60?’ And he, it was so perfect   “He goes, ‘Oh, did you want a $60 spot?’ It was symbolic, I didn’t need $60, but, you know it was pretty s****y.”

Here is the same statement with emphasis added, and the basic principles of Statement Analysis applied:

“I was out with my friend Todd Barry and we were doing sets around town together,

1.  Note that she begins with the pronoun "I", which is very strong and an indicator of truth.
2.  Note next the complete social introduction of "my friend, Todd Barry" which has:
a.  the possessive pronoun "my"
b.  the title, "friend"
c.  the name, "Todd Barry"
3.  Notice that she connects to the event with past tense verbs, increasing the likelihood of veracity.

This is indicative of a good relationship at the time of the statement.

Please note that by its structure, it is, percentage wise, very likely that she did go out with her friend as stated.

and I was pretty well-known already,

This is an unnecessary statement, in context, making it one that is very important to the subject.  That she was "well known" is important, and that this was "pretty" well known (comparing it to something or someone else, perhaps her friend) and the word "already" speaks to timing of this claim of fame.
Being known, that is, recognized, is an unnecessary element in context, making it, in principles of Statement Analysis, 'doubly important' to the subject.
This puts the subject, herself, "front and center" of the statement.

and we both did back-to-back 15-minute sets

The pronoun "we" confirms the complete social introduction indicating at the time this statement was made, there was unity, cooperation, i.e.,a good relationship between them.  Pronouns are instinctive.

Note next that "we did back to back 15 minute sets" is also a reliable statement.

"this" indicates closeness (rather than "that" which indicates distance) and "he paid me" continues with the central theme of the subject, herself, as important.

and we were outside talking and Todd somehow brought up that he, you know, mentioned that he got 60 bucks.

The pronoun "we" is consistent in her statement, verifying the good relationship.  That he is changed from "my friend, Todd Barry" to "Todd" is the law of economy, and is consistent.

We now have our first strong indication that something is 'amiss' in the statement:

a.  Passivity in Statement Analysis

"Todd brought up" is "Todd somehow brought up", using passive language.  Passivity is used to conceal responsibility.  Why would she need to conceal the method of which Todd made a statement?  This is looked at as a signal that deception may be present in the account.  By itself, we would not conclude deception, but she has placed us on 'alert' for possible deception.

b.  Change of language in Statement Analysis.

Change of language should reflect a change of reality.
"The officer pulled his gun, and fired his weapon twice..." shows a "gun" became a "weapon" when it fired.
"My car sputtered and I left the vehicle on the side of the road" shows a "car" was reduced to a "vehicle" when it no longer ran.
In both cases, the change of language is justified by context.
Where no context for change exists, it is a signal that the subject may not be speaking from experiential memory, but making it up.

Todd "somehow brought up" has now become "mentioned" without any apparent justification for the change.  The former, in passive voice, indicates an unknown trail of words, such as a struggle, or intense conversation,  that led to it being "brought up", while the latter, "mentioned" is casual.

No justification for the change is noted.  The reader/analyst should now consider that this conversation, as reported, did not take place and that Sarah Silverman is not speaking from experiential memory.

c.  "You know" is a habit of speech.  Like all habits, we note what produces it, and what does not produce it.  "You know" shows an acute awareness of the audience's presence at this moment in the statement.  It is now taken along with the passivity noted, and the change of language.  In context, we are at a sensitive point of her statement.

There are more signals of deception present, but first note that the introduction of Al Martin is not complete, but it is good.  "the owner, Al Martin" is used and he then is "Al", which shows, at the time of this statement, politeness on her part.

Please now note the editorializing of emotion:  "it was so perfect" is found in the critical point of the story. This indicates artificial placement.

Next, note that early on she spoke in the past tense, which is reliable.  She did so consistently.
Here, she now changed from past tense, to present tense, a signal that she is also making this up as she went along.

"He goes" is present tense language.

Note the unnecessary sentence, "I didn't need $60", which is 'doubly important' to the central theme in this story:  Sarah Silverman herself.

conclusion:  Deception indicated.
We did not need her to admit to anything.  Her own language gave her away.
The article continues:

As Martin explained to PJ Media on Tuesday, Barry’s set was a booked job, while Silverman’s was just a last-minute guest spot (read: expected to be unpaid regardless of gender) that he let her have as a favor — and the $10 was cab fare he gave her just to be extra nice.

In other words: He definitely didn’t pay her less for the same job, because the set she did that night wasn’t even a job at all.

In a statement to Salon, Silverman admitted that she had made the whole thing up and apologized to Martin:

“My regret is that I mentioned Al by name — it should have been a nameless, faceless anecdote and he has always been lovely to me,” she said.

"It should have been" is an example of the difference between a confession and an admission.
An admission admits what was done, but not that it was wrong.  A confession admits what was done and that it was wrong, immoral, illegal, unethical, and so on.
This also indicates that Silverman's personal belief that outright lying is acceptable if the cause is what she believes in.
This is a pragmatic liar which is one of which does not struggle to lie, as self-deception (moral superiority) is at her core.  This is also from childhood.

She does not regret lying, but mentioning "Al" by name.

One may wonder if given the introduction and use of Al's name if she is concerned over a law suit.  She said what he did was "pretty ****y", which is not something a friend would normally attribute to another friend, in a good relationship, in public.

Sarah Silverman fabricated reality.  This makes her in the category of  "less than 10%" of deception, and makes her a very dangerous person.
Consider that a celebrity, for a single moment of attention, could smear not only a business by name, but an owner.
What if this had led to boycotting by women?
What if it led to threats against him?
What did she care about his reputation, his family, his friends, and what others would think of him? What if he lost his business, his wife left him, he became desperate and committed crimes, or worse, suicide?  Would it be funny?

The lie, in its wording, shows that the central character in her lie is herself, her own fame, and not even for women's pay or rights.  It is about her, and even if it cost him everything, it mattered only that she got herself front and center.

“This is also HARDLY an example of the wage gap and can only do that very true reality a terrible disservice if I were trying to make it one,” she said. “When I was interviewed by Levo, they asked me ‘Do you remember a time you were paid less for the same job’ and this story, being just that, popped into my head.”

Notice that the only thing she explicitly said she regrets is not trying harder to not get caught. In fact, she didn’t even acknowledge that she did a “disservice” to the movement by telling a false story — only that it would be a disservice “if [she] were trying” to make the story an example of the wage gap when it wasn’t one. (For the record, specifically citing something as an example of the wage gap seems like a pretty clear instance of trying to make it an example of the wage gap.)
Silverman ended her statement by saying that people who might see an advocate having lied about a movement as a reason to question that movement’s message — something I’d consider a normal response — were “maniacs.”
“To the maniacs who want to use this as a chit against women’s issues, I ask that you please don’t,” she said. “Because that would be super s****y.”
I guess calling people “maniacs” for criticizing a cause could be one way to show you support it, but I can think of some better ones — like, you know, not going out and doing something that undermines it.
Peter Hyatt as Statement Analysis Blog at 1:46 PM

Thanks again Peter! The first time I read her account it smelled fishy. The second time reading it using your tools made it stink like a fish processing plant! An observation: One thing that is repeated by liars is when they are caught in a lie they start name calling and using profanity.

Peter,
Or anyone who knows,
Did you ever give the answer for "Profiling from a Statement: What Do You Know About Someone?" ?

Thanks for analyzing this Peter! It's a great example, highlighting the audacity of the life long liar. It takes a special kind of entitled jerk to admit lying, and insult/shame those who caught them lying in the same sentence!