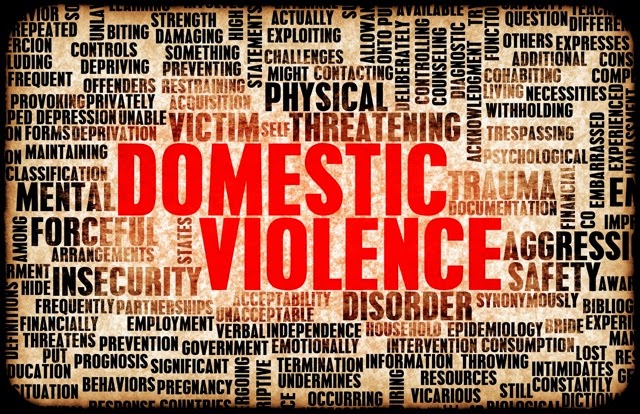 What does blaming the victim of Domestic Violence do to the perpetrator?  More importantly, what does subtle blaming of the victim, through our own questions, do to the flow of information we expect?

This is a warning for Statement Analysis trained interviewers.

"Why did you deliberately provoke him into hitting you?  You knew this was going to get him going!"

In one form or another, with similar wording, the victim of Domestic Violence is blamed.

We look for certain indicators within the language that suggest possible domestic violence.  By themselves, a false conclusion is easy to come to.  For example, 'combative language' should be viewed in context, as some athletes are norm to use such terms, including football fans who are former athletes, perhaps only in school.  The words we choose reveal us, and sometimes it is the words we avoid using.

Recall the shooting on New Year's of Maggie McCollum by her then police-chief Husband William McCollum.

The overall sense of the 911 call indicates an unwillingness to share information but it is his avoidance of certain words, in particular, which give us the reason for the shooting:  anger.  An incomplete social introduction would have signaled a troubled relationship.  His ability to avoid using "my", and "wife", and the victim's name indicate extreme rage.

Would friends say, "We warned you not go to back.  It's your fault."?

The language we note among victims often slips into present tense when impact is being described.  Sometimes we even find present tense verbs regarding the assault itself.  This is something that we generally consider unreliable, but with the potential for a traumatized victim, the impact is "present tense."  This must be in the open statement portion; that is, where she speaks for herself, freely choosing her own words.

At this point the interviewer must aim the questions towards a specific event, at a specific date, to note any change of language.


Victims must be interviewed in light of the larger context:

The present tense verbs should be carefully noted, and the subject (victim) guided back to the event, with the Interviewer considering how to get the subject's attention focused upon a particular event, even if it means stepping outside the boundaries, and bringing up a specific date.  This is 'against the rules' and where a veteran must rely upon experience.  It is fair.  It is to give the victim an opportunity to understand that a specific event on a specific date needs to be connected to with the past tense verb to be reliable.

In situations that I have encountered like this, with a prompt or two, I have always found the victim(s) report reliably, confirming the above assumption of trauma in the initial present tense verb.

III.  Impact of Blaming Victim Upon The Interview

This is where we see a linguistic justification for present tense (or conjugated verbs) language.

Once the victim senses the blame shifting, the interview is all but over.  This can happen with a Statement Analysis trained interviewed shows doubt, even in body language, over the present tense unreliable verb.  It must be avoided.

This is not the biggest threat to the shut down of information however, when the victim senses blame.  It comes in the wording of questions, specifically questioning the victim as to:

Why she went back to him.

Why she did not call police.

Why she lied to family and friends about the assault.

Why she protected the assailant.

The experienced interviewer, or the interviewer who has been properly prepared to the natural denial and minimization that many victims exhibit, can avoid wording questions in such a way as to condemn or, in most cases, subtly blame the victim, pushing her into silence and more shame.

I find that most victims are anxious to explain why they went back, why they lied, whey they protected him, but only once they feel heard and understand that they will not be judged/condemned. Most do not even need prompts, and those that do, often react positivity to gentle prompts such as:

"Tell me what your family knows"

"Tell me what your best friend knows"

"What do you think happens to victim who call 911?"

Note the correlation to the above 'condemnations' that the public naturally understands.

A most sensitive topic is money.

By even subtly blaming the victim, the topic of money will make her feel like a mercenary after money, especially when the abuser is successful.

For most victims, however, the topic of money is sensitive because the abuser has likely found ways to subordinate her through the means of survival.  This is why domestic violence advocates must carefully plan an escape that must include emergency funding, including taxi money, rent (which is usually 1 month rent, 1 month deposit, in the least), as well as the children's birth certificates, social security cards, medicines, clean clothes, school work, 'favorite' toys (ones in which may a child who has been forced to relocation have a connection with 'home.') and other such things that are not generally thought of.

IV.  What happens to the perpetrator when the victim is blamed?

Thus the article began, and how it is concluded.  What is the impact to the perpetrator when his victim has been blamed for the violence, particularly when the victim is blamed with something as specific as "provoking" the abuser?

The answer will be seen in both language (our emphasis) and action.

The perpetrator is further encouraged to more violence.

Behavioral analysis and body language analysis both indicate that "vacuum gestures", that is such things as finger motions across the throat, or chopping like motions in the hand, often indicate that violence is about to happen.

Such it is also with language.  We have a news item that highlights this very principle.

I recently read where Islamic terrorists opened fired on free speech advocates in Texas where they are taking a stand against the fascist attempt to squelch free speech by holding a cartoon contest.

Certain media actually blamed the victims for "provoking" Muslims into violence.  Such action not only continues to destroy, rather than erode free speech, but empowers the fascist-like bullying behavior of those dedicated to imposing Islamic standards of violence and intolerance against us.  This is the same in Domestic Violence.  You thought the bully was controlling to start?  Place him as morally superior and watch the control levels skyrocket.  If she suffered before, she will thus now suffer for daring to challenge his control.  She dared to speak out and was punished for it; she will now be less likely to "exercise free speech" against the abuser.

The political ramifications echo the private.

Here, we learn that five children have been charged with "blasphemy" which human rights groups say could lead to an "explosion" of violence against children by the Islamic state.  The students were "making fun of Islam" and mobs threw rocks at their home and demanded government punishment of the Coptic Christians in Egypt.  Note the sarcasm following:

If there is any lesson we have learned from the Garland, Texas jihad shooting at our AFDI event, it is that one must not provoke Muslims. Anyone who provokes Muslims is responsible for what those Muslims do. See how these children provoked the Muslims? They made fun of the Islamic State that has nothing to do with Islam! How hateful and Islamophobic these children were! They poked them in the eye! The responsibility is entirely on the children, for inciting this violence! 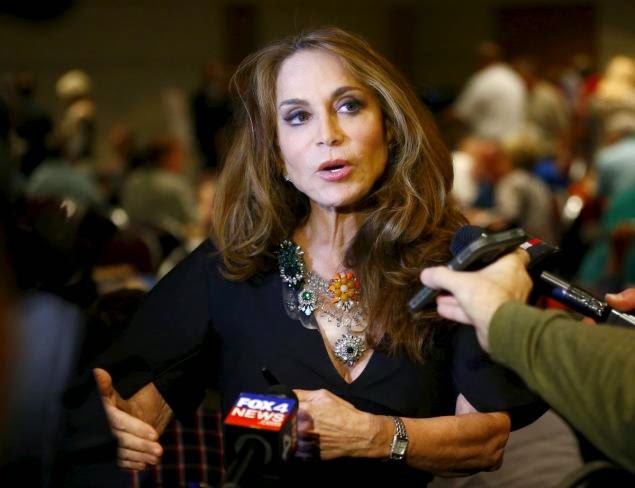 To blame the victim is to empower the bully.  Pamela Gellar, advocate for Free Speech, has been publicly threatened with death and now must spend money on private security.  Many in today's press blame her for the bully's shooting, say she provoked them.  In Europe, those who quote the Koran's passages regarding the physical assault of women, for example, are labeled "racists" and said to be perpetrators of "hate crimes."  No race, however is identified. 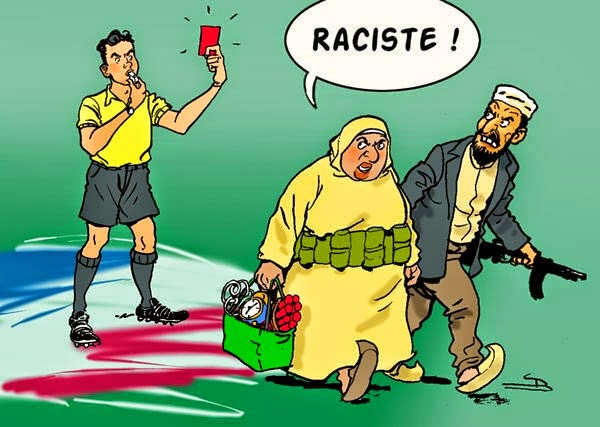 In Domestic violence, just like in governments, to blame a victim is to silence the victim, and those that see this blame shifting, know to keep silent, themselves. It empowers the abuser, who bullies his way into control.  The private and the public are one and the same.

It is similar to the Kobe Bryant rape defense. A woman who reports being raped by a celebrity is going to be accused of immoral behavior.  Here, a woman is told that by exercising free speech, she is to blame for the violence.

Imagine blaming children for being in a park where a molester is known to be?

This gives sympathy to the abuser and empowers him.  This happens on small fronts, in a single apartment, up to examples in history with Nazis and ISIS.

The interview with the victim must be done with a backdrop of understanding of what victim profiles indicate:  denial and minimization.
Peter Hyatt as Statement Analysis Blog at 9:06 AM

Was looking to see if there were any updates on the Heather Elvis case and saw this. The Moorers are out on bond. Not sure if it was already shared here but I didn't see if it if was.

And Ms Tammy appears to have lost a ton of weight.... Stress maybe? I didn't realize it was her at first.

Article link with photos below.

A Kansas City mosque that petitioned Barack Obama to ban free speech defaming Islam in 2012 will hold the funeral for one of the two jihadists killed in a shootout Sunday outside a Dallas-area convention center that was hosting a “Draw Muhammad” cartoon contest.

The Islamic Society of Greater Kansas City (ISGKC) will hold a funeral on Thursday for Nadir Soofi, according to KCTV5: