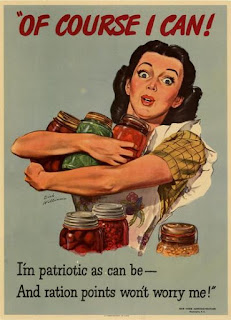 Of course everyone knows that, without question, we all realize, as soon as we give it any thought, that...

Well, you get the picture.


used to introduce an idea or turn of events as being obvious or to be expected.
"the point is, of course, that the puzzle itself is misleading"


This is the use of "Extreme Assumption" that is not only popular with propagandist literature, but something common to the deceptive who show a "need to persuade" in analysis.

"Need To Persuade" (NTP) in analysis is something that is flagged in certain context.

When one is writing to persuade, this, itself, is appropriate:  they have a need to persuade.

A job applicant has a need to persuade the Interviewer that he or she is the right person for the job.

A sales professional has the need to persuade the customer to buy the item.

When we read words that show a need to persuade, we do not flag them for 'weakness' if the context is persuasion.

It is in the report of "what happened" when the need to persuade the reader/listener becomes an issue for weakness in analysis.

A signal of weakness is seen in deception.  Rather than report truthfully, the deceptive cannot state the details of what happened that will indict himself, and direct lying is stressful, the deceptive withholds critical information, while attempting to persuade that he did not "do it."

It is both this withholding that is noted, as well as the need to persuade, that will assist the analyst in drawing his conclusion.

The Extreme Assumption is why we highlight, "of course", "as everyone knows", and other such wordings as they attempt to persuade the reader/listener:

that you do not need to question this point;

that you are smart enough to recognize "this", without the need to state it, or prove it.

It appeals to the ego, which is the cleverness of it.

Recall the 'defense' of Amanda Knox where the writer used phrases of "Extreme Assumption" along with hyperbole.

"They broke every rule of investigation!" and 'never in the history of investigations has...' type of phrasing which, although intended to persuade, showed an acute weakness, literally self-destructing the argument that Amanda Knox was innocent by the use of extreme ridicule.   Had this been written today, rather than a few years ago, it would have been "racist" language, with the "racism" against Italians, in general.  In this article, the use of this tool was extreme, itself.  It appeared silly and juvenile, like a 14 year old who has discovered a thesauruses for the first time.

In Statement Analysis, we do not take, without question, anything.

The appropriate use of "of course" is to, generally,

save time and energy by not having to explain the obvious;

avoid insulting the reader/listener with needless explanation.  To insult the reader/listener is to put oneself in a hole, before getting to the main point.  "Of course" is often appropriate, but it is when one is giving an account narrative, that is, "what happened" that we look at its specific use.

When we find it to be used in an inappropriate manner, we note it as a weakness, since the necessity of its use is lacking.

"Of course I wouldn't kill my wife!"

Why would this be a matter of course, particularly for police investigators looking into the death of a woman?

The answer is that it would not be, and it is a weakening of a denial.  In fact, if found within a reliable denial, it is no longer reliable since it violates the rules of the RD by adding to its three elements.

To whom might this be a matter of course?  To a close relative, perhaps, or a close friend who knows the subject's character.  To a stranger, it is a declaration of weakness.

Of course we flag "of course" for analysis in an event narrative statement, but it is always done with view of context.  Is it something that is a mere matter of course in life, such as the sun rising each morning?  Or, is it something that shows, instead, a need to persuade us, the reader or listener, that we should accept something without question, leading us to...

When "of course" is found in serious crime statements, it becomes a more sensitive matter, adding up within the overall analysis that weighs the choice:

Is this truthful, or does the writer need to persuade me that it is truthful?
Peter Hyatt as Statement Analysis Blog at 10:03 AM

"It appeared silly and juvenile, like a 14 year old who has discovered a thesauruses for the first time."

That has got to be THE most adorable sentence you've ever written here ;)

I am guilty of extreme assumption based on my lifetime of knowledge and experience.

For example: I assume (probably correctly so), that Kris Kardashian Jenner lived her long term marriage with Bruce Jenner in extreme sexual disappointment. How could a sexually healthy woman reconcile herself to having a sex partner for twenty odd years with a man who longed for and wished he were a woman, even having children with him? I know I couldn't, even if I did find other reasons to stay in the marriage. But continuous sex with this freakish nightmare? No way. Just like being married to a closet queen who hides his homosexuality behind a woman, I would despise him for misleading me into such a marriage.

As for Bruce Jenner's sex change and new identity: He can do anything to his body, legally, that he chooses to do, change his name, whatever; however, he is still a man with six children (plus some step-children) he helped to create under false pretenses, now minus a penis.

I can safely make this extreme assumption due to the fact that there are only TWO kinds of DNA; male and female. Whether he likes it or not, he is STILL of the male species, minus a penis. So there.