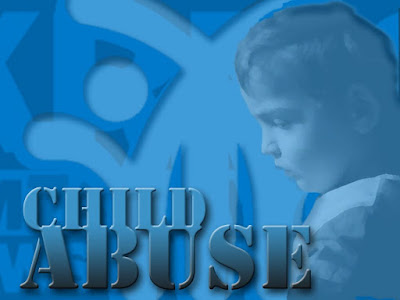 Child Abuse professionals, that is, child protective investigators, law enforcement officially assigned to child abuse cases, child welfare caseworkers, therapists, nurses, and so on, all need training in Analytical Interviewing when dealing with child abuse cases.  Not only is this a dire need in interviewing children, especially given the myriad of advice "on the books" today, but to understand what to expect in child abuse cases resulting in child deaths.

These two, in particular, are "event based", even if they are ongoing.  They are different than the chronic neglect of "failure to thrive" or "wasting" syndromes in that there is often a specific, final event which the suspects should be instructed to write out completely before the interview.

Too often, we, as Interviewers, teach the parent how to lie by the wording we use in constructing our questions.  Some will follow the "relevant question" formula, which is also something that is not helpful in dealing with child abuse cases.  We must seek the purest version we can get from the parents.  This comes from handing them a pen and paper, and instructing them to write out what happened allowing them to begin where they feel it most important.  It is always important to us.

We also have specific expectations among those who have caused the death of a child:

I do this in training child protective professionals:

"Take out a piece of paper and tell me about your family.  Use the entire page."

Then, I ask them to note where they began their statement, by highlighting the first sentence as important, asking them to seek to understand why their statement began where it did, and why it is important to them.

Next, I have them write out a list of all the names in the statement, in the order they appear, on the side of the paper.

Then, next to the name write the number of times the same person appears; include nicknames and terms of endearment.  It might be:  "Johnny (3)" and so on.

As they look at their statement, they see the order and frequency and it reflects both logic and emotion as it may yield such things as birth order, or one who is sick, as well as the closeness of relation.

What they understand, first hand, is just how accurate Statement Analysis is in decoding the quality of the human relationship through highlighting the Social Introduction Principle in analysis.

Lesson learned, but they are not finished yet.  Here is the most important part:

I give them a statement from a child abuse investigation (de-indentified) and they are amazed that a parent could write an entire page without mentioning the child's name.

This is done before we begin analysis.

As we analyze statements in which children were shaken to death, or beaten to death, or in cases where babies died without explanation, they are told to look for a specific sentence:

Find the sentence where the parent blames the child.

Among guilty, deceptive statements, there is always one there that blames the child for having to have been shaken to death.

When these two "Expectations" are met, we then analyze the statement in the usual manner, noting deception, minimization, and so on, and then:

We prepare the Interview.

The Interview is legally sound, and it is based upon the analysis.  It knows 'where to go' with the questions, as the training is step-by-step, and is designed to produce admissions or confessions.

There are other "expected versus unexpected" scenarios in child abuse cases, but these are the first two that professionals are trained to recognize:
The guilty parent will distance himself or herself from the child, linguistically, just as he/she must in reality;
and...

The guilty parent will, even subtly, blame and even denigrate the child victim.

It does so to survive the intense guilt and it comes through the language.

The training is intense and it is not easy, but it is legally sound, so that the rights of all are protected, and the professional will be able to testify in court in a clear, concise manner, void of emotional swaying, with the truth being the element of persuasion in seeking justice, and/or protecting our must vulnerable citizens.

Peter Hyatt as Statement Analysis Blog at 10:17 AM