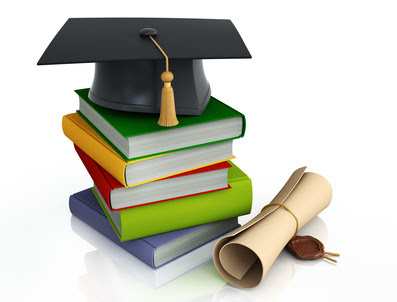 Getting to the truth about who wrote an anonymous threatening letter takes a very serious commitment to learning.  It means dedication and single mindedness and a willingness to yield oneself to the solved puzzle, no matter one's own personal feelings.

Statement Analysis 101 is a good place to start, but it is only a start.  If you wish to learn Anonymous Author Identification, you'll have to commit yourself to a serious, long term dedicated study.

Recently in a podcast interview with Frauducate Counter-Fraud Academy, I spoke about the 101 courses available and how they seek the simple discernment between deception and veracity and how their value is often found within the student who is now excited about learning.  By itself, it is not enough for solid results, but as an introduction, it can greatly inspire the investigator to learn.  The student who has 'caught fire' should now buckle in and get to work.  It is going to take years.

Statement Analysis goes far beyond the "deception indicated" status, and stopping at "101" could lead to departments, for example, dismissing the value of Statement Analysis due to incorrect application due to both ignorance and inexperience.  The recent example of sexual abuse that experienced analysts faced off against:

Did it happen as reported, and if so, was it consensual, or an assault,  and...

can you tell if the subject is actually perseverating on something that happened 20 years ago and is suffering mental health issues while falsely accusing someone?

It takes formal training, practice, and more advanced ongoing training.  Once the basic level is learned, it must be then understood, psychologically.  I had the benefit of conducting many interviews of subjects of whom I had their psychological evaluations.  This became even more valuable when it came time to transcribe the interviews.

Moving past "deception indicated" is to obtain valuable content, which then further training moves into understanding the language of adults of childhood sexual abuse, content analysis, leakage, and profiling.

The final and ultimate stage of Statement Analysis training is Anonymous Author Identification.

This requires strong discipline as well as a clear view of human nature.  Although all analysis benefits from the basic understanding of human nature, in the Anonymous Author Identification, it is essential.

AAI cannot be done if human nature shifts as it is made to appear today.
Therefore, politics must be kept out.

The DSM has been changed due to research, but also due to protests and political pressure.  Human nature, however,  does not change.

Psychology is invaluable in its studies, to AAI, but when psychology has influences from politics, it must be kept from our work and will damage as much.  When Yale trained psychologist cannot conclude definitively if a child at the office is a male or female, and decides to conduct a study, the basic violation of science itself, will dominate the study's results.  Would you trust this study for your work, knowing your name and career are on the line?

We do not want politics, or those seduced by the desire to be politically correct, pumping out studies that fill their own needs or agenda and contaminate the years of hard work that has been done before this madness descended, en masse, upon us.

When someone speaks publicly, he does not get a 'pass' if his race is the same as the analyst's race, or if his political, social, or religious views are in line with the analyst's.  In fact, the analyst, himself, or herself, must be aware of human nature's own propensity to seek 'comfort' within familiarity and agreement.  Disagreement is like an incomplete puzzle:  it brings a level of discomfort that is a necessity in analysis.  Agreement brings a level of comfort through familiarity and a sense of belonging; a natural element of human nature.

A woman receives an anonymous letter delivered to her home in which she is threatened with brutal rape.

A few hours later, her daughter's school calls to tell her to come to the school and pick up her teenager:  she has received a letter, unsigned, at the school, which threatens her with rape.

The envelop has juvenile like block hand writing on the envelop designed to disguise the handwriting.  There are no fingerprints from it, and the envelop is sold in abundance in the area.  A graphologist will view, in particular, the last letters of each word, and the last words of each sentence as those which best resemble the author's handwriting but this is a very inexact exercise.  For every handwriting expert that includes a suspect, another will exclude the same suspect.

How we write reveals who we are.  The words we choose can tell people:

A.  Our Priorities
B.  Our gender
C.   Our age
D.  Our race
E.  Our education level
F.   Our experiences and background
G.  Our personality type
H.  Any potential deviances, obsessions
I.  Interests
J.   Beliefs

The woman who received the letter is terrified at the language in the letter.  It seems to show that the writer has been watching her and knows both her schedule, and her daughter's schedule.

The analysis is designed to identify the author, while also looking for content that may help catch him.

Can you imagine telling the terrified mother:

"Well, I cannot say if the writer is male or female, because that would be sexist."?

" I am sorry, but I cannot tell you if you should be on alert for a black male, or a white male, or a middle eastern male, because that would be racist. "?

"Well, the ideology behind this threat  does have a strong statistical association to a group but this might hurt the feelings of some in our multicultural community; therefore, due to the risk of my career, I cannot identify the threat.  I would be accused of "hate" and "phobia" should I do so.

Next, what do businesses do when a job application, under the lens of Statement Analysis, shows that the applicant's religious belief is likely to cause conflict during work hours?

The work place is for work, not for proselytizing, nor should one use deception to gain employment, fully knowing that one's religious belief is going to come in conflict with work duties, clearly expressed before hiring.  The government's intrusion into hiring puts the business owner in difficulty.

Our analysis is the fulfillment of an agenda:  The agenda of truth.

For the family under threat:  the need to know the truth is more important than someone's hurt feelings.

For criminal investigations: to protect society at large, truth must not only be discerned, but deception must also be discerned, regardless of the madness of 'political correctness' of 'hurt feelings.'

Statement Analysis' agenda is truth.  When someone is under a threat, they need to know the truth.

If you are an investigator about to conduct an important interview and analysis has shown that direct confrontation of the subject will backfire, you need to know.

I had a shaken baby syndrome case in which the child was brain dead and the suspect was in the hospital waiting room, being screamed at by an investigator, leaning over him and bellowing in the middle of the night.

When he was finished, I conducted my interview to which the suspect confessed to shaking the baby in a moment of anger, to make her stop crying.

I got the confession because I had his statement, knew where his deception was, and knew...


Truth trumps all other aspects that are so often used to conceal guilt and criminal behavior.

There is no substitution for formal training.

Does this mean he confesses to being a drug dealer?

Mother of Paris suicide bomber says her son did not mean to kill anyone... and claims he may have blown himself up because of STRESS

OT
Yeah, yeah, yeah...just send the Mohameds a psychiatrist and look what they do with it.

This will be explained, two:

What you are not hearing on Faux Noise
remember they " the powers" love when
indecision, chaos is swirling at the kitchen table.

I hope you listen to the show.

Knowledge combined with critical thinking
is the Power of the People. They do not like this.

So, Now-not-later, you have an Urgent message to share that is the equivalent of "It's a Jungle Out There?"

Too sad for New York since their lead intelligence is a journalist.


bho right now giving yet another junk speech, trying to make sure the limelight from French disaster shines brightly on him.
Our other blog did talk about extreme narcissism, and I hear bho indulging himself in his "me me me" routine, delivered as a pompous scold.
Does he actually think his self perceived rock star status keeps all of us from critical interpretation of the poly syllabic word scrabble he mouths?
He still has way too much time to do way way more damage to us.

Well, then, you would not make a good statement analyst, because Peter said the best are often gullible.