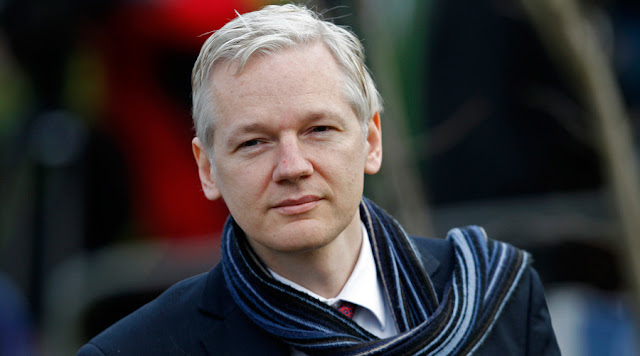 Wikileaks has impacted America.  Regardless of what polls say, Wikileaks is dominating headlines and discussion.

Some claim that FBI agents disobeyed orders to destroy computers belonging to Clinton and her staff, in protest, and gave this information to Wikileaks for publication.

Is this why Hillary Clinton urged voters to "vote early" where "early voting" is allowed?  Recall analysis of the unnecessary "where early voting is allowed" for insight into the sensitivity of such, and what it suggests.  Did she know Huma and Anthony Weiner may have held back a lap top with hundreds of thousands of emails?

"Clinton Cash" is something every thinking citizen should watch to help make an informed decision.  We have not had refutation (or even denial nor rebuttal) from the Clintons and media now reports criminal investigation of the Clintons, for "pay for play" bribery and selling of the interests of the United States, even at the expense of Haiti and African nations, as well as interests in the United States, Canada, and Russia.

Could we see the first president under arrest?

Is there a connection between ISIS and the Clinton Foundation?

Saudi Arabia executes homosexuals, and denies basic rights to women. Women are currently fighting for the "right" to drive a car.

What does this say about the Clinton claim to be "for" women?

What do you make of his words?

Remember:  deception is found in intent.

Error is not picked up as deception.

Peter Hyatt as Statement Analysis Blog at 8:52 AM

We are now only a handful of days away from election day and the polls have really tightened up, there are unprecedented concerns about post-election violence, and the Democratic nominee for president could be indicted literally any day now. The American people are going to be absolutely shocked when the FBI finally reveals what they have discovered regarding Hillary Clinton’s mishandling of classified materials, corruption at the Clinton Foundation, and other “stomach churning” matters that normally aren’t topics of polite conversation. Without a doubt, a Hillary Clinton indictment is coming. The only question now is when it will happen.
The moment that FBI Director James Comey sent his letter to Congress, he knew that someone’s head was going on the chopping block. If Hillary Clinton does not get indicted, Comey’s career is over and there is a very good chance that he will be going to prison instead. There is no way that he would have ever put himself on the line like this if extremely powerful evidence had not already been found against Clinton.

1. The Clinton Foundation investigation is far more expansive than anybody has reported so far and has been going on for more than a year.
2. The laptops of Clinton aides Cherryl Mills and Heather Samuelson have not been destroyed, and agents are currently combing through them. The investigation has interviewed several people twice, and plans to interview some for a third time.
3. Agents have found emails believed to have originated on Hillary Clinton’s secret server on Anthony Weiner’s laptop. They say the emails are not duplicates and could potentially be classified in nature.
4. Sources within the FBI have told Baier that an indictment is “likely” in the case of pay-for-play at the Clinton Foundation, “barring some obstruction in some way” from the Justice Department.
5. FBI sources say with 99% accuracy that Hillary Clinton’s server has been hacked by at least five foreign intelligence agencies, and that information have been taken from it.

"As we’ve reported here over the past 48 hours, details have emerged from the FBI’s reopened investigation into Hillary’s emails found on Anthony Weiner’s laptop that SERIOUS ADDITIONAL crimes were under investigation, unrelated to the email server case, involving among other things, child trafficking.

Wikileaks has just released perhaps the biggest Bombshell yet, spreading like wildfire across the web, revealing emails “showing how the Clintons supported child stealer Laura Silsby” including an email “where they are literally pricing how much it costs to transport children”.


The crimes Hillary Clinton may be formally accused of would, in effect, send her and others to prison for life, if adjudicated as guilty.

As to the child sexual allegations, this is something we look for, specifically, in both language and in behavioral analysis.

..."that this notorious terrorist jahadist group called ISIL or ISIS..is created largely with money from the very people who are giving money to the Clinton foundation.

This is a very strong answer. It has no qualifications, and he doesn't feel the need to fill in the silence. He strongly believe this to be true.

He is being truthful.

I am ashamed of it all this corruption in our government. It is good that Hillary Clinton is being exposed.

Loretta Lynch has enabled Hillary Clinton to maintain her status quo of deceit and cover ups.

It's time to rid ourselves of this corruption.

Julian Assange answered "yes." He did this without any unnecessary words after it.

He is being truthful.

Hillary linguistically shows herself to be a pervert who would harm children imo. One need only listen to her laughing about the diabolical steps she took to inflict lifelong harm on a child victim of a brutal rape. I may review the recording of her speaking about that case today to listen more carefully for any linguitic indicators.
Hillary also mocked, disparaged and intimidated Bill's sex victims.
This is a woman capable of extreme harm.

How We can Help Haiti

How WE can Help Our Nation

A woman shares Haiti's history, her study, her witness, of the Clinton's involvement in Haiti. A 60 min radio show. This discussion does not tap into the trafficking released today. She takes the listener into a level of unsaids by media. Media providing the surface at a glance only of The Clinton's ugly.

The Host is Gary Null. His guest is Dr. Dady Chery, she born in Haiti.
She is Haiti's Voice.

Dr Chery is introduced at the 20 min mark. Gary Null begins off slow, this is not his tone throughout, please remain listening. Dr. Chery is not interviewed, she speaks freely, she needs to be heard by US.

I wish all to listen to the 60 mins in its' entirety. He first reminds, shares the history of Libya, Gaddafi as active leader.

He then educates the why, how he was murdered. His death was the kick off of the destabilization of Africa, Libya.

Education is how we manage the unmanageable. Knowledge is empowering.
Remember they do not want us to know the Truth, they want History squashed.

Another excellent film to watch, in addition to 'Clinton Cash', is 'Hillary's America' which was produced by, famed conservative, Dinesh D'Souza. It gives a unique overview of the hidden history of the Democratic Party, and explains it's adoption of liberal left ideology to further its own agenda, and enrich the party establishment, at the expense of the various groups of "marginalized" Americans it claims to be "fighting for". A real eye-opener!

Great article that sums it up http://interactive.nydailynews.com/2016/11/op-ed-case-against-hillary-clinton/

Peter, with DB you have mentioned where you expect his language indicators will ultimately lead him as time passes. Where do you think HRC's language is indicating she will end up? If she wins? If Trump wins?

I'm appalled at the amount of people who are choosing between a "rapist" and someone who "sent some emails".
Omg, really people? She just sent emails?
If people vote for Hillary, they have no idea how bad it's quickly going to get.


A very wise man shared that:

"There are times in life where I wish I did not know. Solomon said that with much learning comes much sadness."