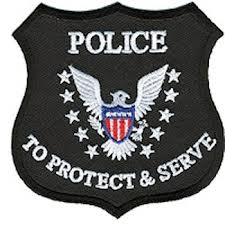 When we spot a sensitivity indicator, it is often not enough for a conclusion.  We must judge it.

This means examining its greater and lesser context.

The greater context is the overall statement as an answer to an allegation or "question" put to the subject, including, "What happened?"

The lesser context is the word, itself, found not only within a specific sentence, but judging it using the words immediately next to it, on either side.  The syntax itself becomes important.

Then, we just its quality, strength, and appropriateness.

We must also define "deception" within a greater context.

Most deception (90% or more) is done via missing information.  In order for it to be "deception indicated" the subject must intentionally (knowingly) omit information in order to conceal or change meaning.

When we consider that most deception is via missing information we recognize that not all deception is illicit.

"Mr. Churchill, Jane Doe of the BBC here, with this question:  there are reports of a build up of your troops along the border of..." would be a question in which a truthful answer could cost lives.

There are many fascinating and intriguing things that happen that police investigators simply cannot share or address in public.  They often hold very strong opinions on issues but because they are public servants, they often must self-censor for the greater good.  Although this can lead, psychologically, to frustration, it also builds a strong fraternal bond among them, which alleviates the natural frustration of not freely sharing information.

Medical professionals are under both law and licensing requirements to protect confidential information.  People who's private medical records are known can be black-mailed, put up to scorn, and coerced. A medical professional' s language will sometimes show deception via missing information.

Answer:  Because the subject (medical professional) is thinking about what he or she cannot say at this moment and will attempt to 'skip over' this portion of information.  The concealment is deliberate.  It is also appropriate.  Those trained to recognize such also know when not to follow up on questions.

Medical professionals, social workers, counselors, therapists, and other such professions will all show appropriate signals of concealed information.

The sales professional and business negotiator has information that he does not necessarily wish to share.  It may be his company's bottom line of acceptance, which is likely to be seen in the language as he skips time, which is appropriate, but when one intends to commit fraud, the sensitivity level within the language often increases.  This, too, is because the subject is thinking about what he wishes to 'put over' the other

Imagine if investigators told everything they knew to a suspect?

The question unnerved the previously confident thief who took a long pause to ask,

"how should I know?"

I said, "Because you were there.  You just described it to me."

I asked, "Would any such video agree with your description precisely?"

After an even longer pause, and a few color words under her breath, she said,

I told her I understood and said I would "...prefer to hear the truth from you."

When the language of time being passed over is employed, we consider both the greater and lesser context but we also consider the intensity of the language.

New analysts are often amazed how much information is given out when they learn to listen carefully.  The subject is counting on the investigator to use normal, every day "dulled listening" rather than what he has been trained to listen for:

"So I can't barely remember what happened after that as it went so fast."

Here the subject wants to "move ahead" linguistically, but still felt the internal stress of lying:

He could not say "I don't remember", which is the most common lie used in court, under oath.

The simple word "barely" worked to 'excuse' him from the internal stress of lying.

Then we have "after that" as the passing over of time but it is coupled with "it went", which is passive voice.  "It" did not do anything:  he did.  By using the passivity in language, he is divesting himself of personal responsibility  during a period of time that is missing.

In the television broadcast, not only did the screen go 'blank' momentarily, but he had, emotionally, a very difficult time even allowing himself to be present during the black out.

This increased the intensity of the language which told us:

All of this in one sentence.

DECATURVILLE, Tenn. – A lawyer has raised the possibility of a plea deal for one of three men charged with killing a Tennessee nursing student.

Michael Scholl, who represents Jason Autry, said in court Wednesday that he called Judge C. Creed McGinley about the procedure for approving a plea agreement in the case. Neither Scholl nor the judge discussed further details.

Scholl made the statement during a status hearing on charges against Autry in the death Holly Bobo.

Autry is charged with kidnapping, rape and murder. Bobo was 20 when she disappeared from her home in Parsons in April 2011. Authorities say two men found her skull in a wooded area in Decatur County in September 2014.

Links to the story the Anon above mentioned.

"Until now I haven't commented on the lawsuits, which should be resolved in court [and] not here on Twitter," he wrote. "It's a shame that there's so much speculation out there basing itself on so little information. The only truly objective person who knows the facts is the judge. The judge did not rule in Kesha's favor on Friday.

"I understand why people without all the information are speaking out," he continued. "I can appreciate their compassion. But lives can get ruined when there's a rush to judgment before all the facts come out. Look what happened at UVA, Duke, etc. Of course any sane person is against rape and sexual assault, but everybody who is commenting is doing so without knowledge or facts. They are getting behind an allegation only - motivated by money.

"I didn't rape Kesha and I have never had sex with her," he continued. "Kesha and I were friends for many years and she was like my little sister. Kesha has denied under oath the horrible allegations now being made against me. Here is the testimony."

The producer went on to write, "Kesha's lawyer, Mark Geragos, made another false rape claim against me that was denied by publicly Lady Gaga," and linked to another TMZ article backing up the tweet.

Gottwald then anted up against the lawyer. "Mark Geragos, Kesha's attorney, represented [convicted murderer] Scott Peterson and [singer] Chris Brown," he wrote. "How can he pretend he cares about women's rights?

Geragos did not immediately respond to a request for comment on Gottwald's tweets.

"Imagine if you or somebody you loved was publicly accused of a rape you knew they didn't do," he continued. "Imagine that. I have three sisters, a daughter, and a son with my girlfriend, and a feminist mom who raised me right.

"Kesha and I made a lot of songs together and it was often good, but there were creative differences at times," he continued. "It's sad that she would turn a contract negotiation into something so horrendous and untrue. But I feel confident when this is over the lies will be exposed and the truth will prevail. I want to thank all my friends and family who have supported me throughout this."

He concluded by saying, "This is an ongoing legal case so I won't be responding/talking much about this. This should be tried in a court of law."

This editorial was in my local newspaper today. I couldn't have said it better myself.
I'm proud that I/we/others like me don't behave like this, but I can't help but think it's time for us to start speaking out. Voting for Trump was the beginning of that. I took everyone one by surprise, even the other people that we voted for.

moral narcissism has produced a hatred that is very difficult to believe will not end in civil war.

More and more Hollywood celebs are calling for violence. The marxist years for us have now taken root. The Islamic Republic of Iran, emboldened enough to capture and strip our boats and humiliate our sailors, has left our present POTUS in a position for war.

The MSM will thus blame him for a war that was forced upon him by weakness.

Who would ever have guessed this could happen in America, just 10 years ago?

Now, Bill Clinton is viewed as a traitor to progressives because he was tough on crime!

The age of absurdity and moral narcissism has left us ripe for violence. The hatred is powerful. We watched, in peace, as a president took over that we did not want. This was tolerance in action.

They, instead, project their tyranny with their violence.