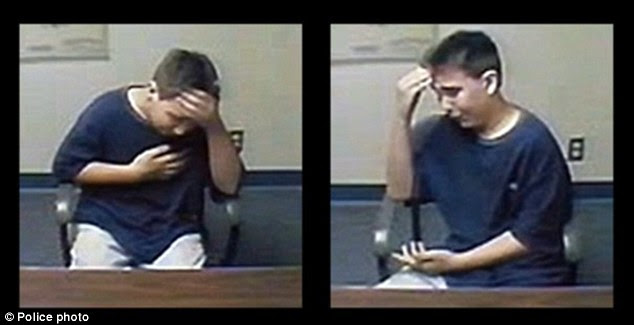 A false confession is one that does not proceed from experiential memory.  Since the subject did not "do it", he can only use the language fed to him, or language from a memory that does not come from experiencing the crime, such as movies, books, or third party reports.

The lack of training can have devastating life long impact upon victims and society in general.

We offer training in both seminar and at home format, and the training is complete.  101 courses are overly simplified and will, by themselves, lead to error.  They serve a purpose of introduction and can be effective in bringing excitement to the enrollee which may later translate into excellence.

You must not only understand what you are doing in detecting deception, but why signals of sensitivity can be deceptive, truthful, or just very sensitive due to external and unknown information.

The skill in the lie detector comes in accepting an incomplete puzzle and allowing the subject's own words to be the guide.

To enroll in training, visit Hyatt Analysis Services and contact us to begin.

Discerning deception from truth, as well as truth from deception, is an invaluable tool to acquire for many professions as well as resume building for career traction.


In the case of Thomas Cogdell, there are two things which stand out:

1.  Reliable Denial:  "I didn't do it" is spoken plainly, early and often.  Only when he enters the language of the ignorant accusers does he frame "I killed her"; which is their language; not his.  At one point of the video, he whispers to his mother that he didn't do it but will tell them he did. He may have thought he was protecting her.

The incessant repetition is a sensitivity indicator.  In context, it is because he was not believed.

In listening to his confession, it is immediately apparent that the language did not come from experiential memory.


False confessions do not come from memory.  If someone is beaten, or sleep deprived, or coerced into a confession, since it does not come from experiential memory, it can only contain the words of the interrogator (parroting language) or it will show deception.

False confessions are deceptive statements and are analyzed as such.

During questioning following the 2006 crime, the boy told police 36 times he had had no part in the killing.

Eventually, he was put in the place of protecting his mother, who confessed to repeatedly assaulting the victim.

But when he asked for food, officers switched off the tape recorder. Three-and-a-half hours later they switched it on again - and Cogdell confessed to the murder.
They  threatening him with the death penalty.
He eventually told police he had snapped because his sister was bossy and he put the bags over her head to teach her a lesson, The Commerical Appeal reported.
But in reality, he had made up the confession, believing that DNA evidence would clear him.
Police had told him they found a fingerprint on the plastic bags. He can be heard at the end of the recording whispering to his mother: 'I didn't do it. It's OK, Mom. They won't find my fingerprints.'

On tape, he is repeatedly heard telling police, "I didn't kill her", and "I did not kill my sister", though each time, it was ignored or countered by the interviewers. 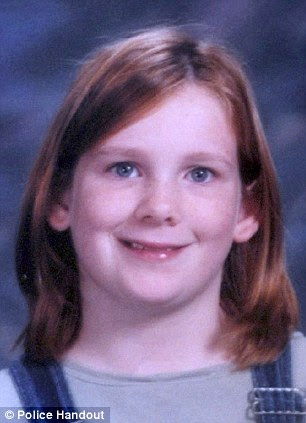 Murdered: Kaylee Cogdell, 11, was found dead on her bed with bags tied around her head. Her brother remained calm, which police saw as a sign of guilt

Melody Jones, his mother,  admitted to police she had repeatedly smacked her daughter the night before her death when she refused to come home as she had been told.

She was on Social Security disability due to mental illness, including bipolar disorder, and that she  failed to take her medicine.

A video of the questioning show investigators repeatedly telling the boy: 'You or your mother did it.'  This is immediate contamination.  Even if he had done it, the interview is an example of how not to interview.

Interview: Cogdell's mother, Melody Jones, is treated more compassionately than her son during interrogation. Cogdell believes his mother, who had a history of mental illness, is guilty of killing Kaylee

Cogdell said when the recorder was off, he was told he could go home if he told investigators he was to blame and he'd go to jail if he didn't, according to The Commerical Appeal.
But in at least 36 recorded denials, he is heard pleading with police.

The Analytical Interview, based upon the principles of Statement Analysis, get to the truth by using open ended questions and the subject's own language.  This precedes the interrogation phase often leading to admission or confession.

Peter Hyatt as Statement Analysis Blog at 9:39 AM

The son told 36 times he did not kill his sister, and he did not blame anyone else either, he did not offer alibi for himself, etc.
The mother's agenda was to speak about her son during her interrogation. After a few sentences she told, he has anger problem, he is on medication, he zones sometimes, when he gets mad, he'd get this blank look on his face, etc. She offered at least 4 reasons to make him look guilty.

Did the investigators not listen or did they not care? Did they think she is just that bad mother to throw her son under the bus so easily?
Poor kids.

During the dr Phil interview, the mother told, the night prior to the murder she went to sleep, and got up at 6, time of death was earlier...then she told, she was on medication, and she has bipolar disorder. IMO she offered both an alibi and an excuse for her own actions.

How old is this boy? In my country, (Norway) no child under the age of 18 are allowed to be questioned at all without proper care. Firstly, the questioning shall take place at a special childrens house we have in each big city.

There, the child is met by a police officer without uniform. They sit in a friendly room, with toys, books, a kitchen etc. The parents are either with the child, or right outside. The whole thing is videotaped, and behind a glass window, are childrens services, a lawyer, a.child psychologist and a prosecutor trained in working with children.

We do not put anyone under the age of 18 in prison. However, if the child is clearly a danger to society, he will be placed in proper care, under the childrens services.

This also goes for witnesses under the age of 18. The videotape will be then shown in court if needed.

This poor boy looks so young, and his shit of a mother is evil.

you make some good points.

This is not the norm.

Police interviewers are not like this, in general. There are bad apples in every orchard. This one happened to turn very sour. They give police a bad name.

This breaks my heart for the boy. How awful amd traumatic... I can't imagine how he will be impacted for life.

He will probably trust and admire cops.

"Police interviewers are not like this, in general. There are bad apples in every orchard. This one happened to turn very sour. They give police a bad name. "


Police interrogations and interrogators have a long history of unscrupulously obtaining "confessions." Over the course of time, courts have stepped in with rulings regarding interrogation methods used by police....still a ways to go.


Yes, NM has a rich and ongoing tradition of bizarre crime, nearly all of it drug related.

VT and some transcript. Though the transcript is clumsy and has some language missing.


Last person believed to have seen Alycia Yeoman speaks out

More than five weeks after Alycia "Aly" Yeoman went missing, the last person believed to have seen the 20-year-old is breaking his silence.

Yeoman was last seen or heard from at 7:51 p.m. on March 30 while driving to a home on the 1800 block of Romero Street in Yuba City, according to the Sutter County Sheriff's Department.


Lizarraga spoke first with KCRA 3 Saturday about the disappearance and the search for Yeoman.

A question for John, or Peter, or anyone who has the time and info - if the linked transcript is a clumsy transcript for the purposes of SA - do you have any advice for what makes for a good one?
Is it better to leave out the inverted commas? I have been putting them in till the most recent, as it occurred to me while doing one in which I put a lot, that while it looks tidier and that it is what one ordinarily expects to see in general reading, to include them is a form of 'interpreting' as the speaker is not consciously putting them there, as though he/she were writing, so why do I think to add them as if the speaker were writing - it's adding something which isn't actually there?

I know some time stamps would be better than none for listening back with a transcript - it's irksome to try to pause a video at 'tidy' intervals' of seconds or minutes.

if a interview is as long as the one i posted above i just attribute a name to both the interviewer and the interviewee. As long as it's verbatim i think it's ok.

I worked as a contractor for a while doing police digital evidence management for a number of UK police forces. Having video footage of the interview improves things hugely in that it helps regulate behaviour on both sides - the interviewee knows he is being recorded and hence it is more difficult for him to come out with false claims of police brutality, while the police will be aware of whether they are following process also. That and being able to record "other persons present". With high-quality digital CCTV you can do things like apply digital signatures to recordings to reduce the likelihood of evidence tampering, and also making the evidence far more admissible in a court as well. If this is the New World Order, then bring it on, baby. For obvious reasons the last 5 minutes are crucial (they contain the confession) and we definitely don't want to lose and hence the interview is backed up all over the place.

"They had some men come into their house to rob the home."

Is there ANY way to make the first sentence UNintentional?

Re my OT above

Bobcat, what i notice is the change from house to home. What caused the change?

"A false confession is one that does not proceed from experiential memory. Since the subject did not "do it", he can only use the language fed to him, or language from a memory that does not come from experiencing the crime, such as movies, books, or third party reports.

The lack of training can have devastating life long impact upon victims and society in general."

I immediately had to think of Brendan Dassey, the 'perfect' example of a false confession as you explain it, hope he will be free soon! (And his uncle, Steven Avery too)