The Great Mom in Statement Analysis 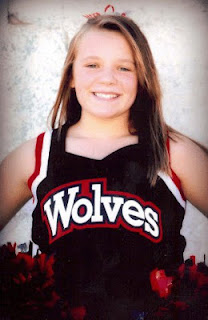 "Never hire a _______" is both tongue-in-cheek and it is understood by analysts for what it is.

In this sense, "I love you" is understood sometimes, not as an expression of an emotion, but in analysis, sometimes it is a signal of the time of death in a murder, and at other times, a verbal signal of a poor bonding or relationship.

Fair Shew in the Flesh

We find in open statements, that when one writes, "I am a great mother", there is a correlation to child abuse, including both accusations and even formal investigations.  It is seen in the need to assert such, as presented.

We find this, in various forms, in applications at Methadone Clinics particularly when a baby was born addicted to drugs and suffered acutely through withdrawal.

We look into this need to persuade, that is, a need to make a portrayal as a good parent.

There is an olde expression that says, "one is making a fair shew in the flesh" meaning, the "show" is done to satisfy self.

An exaggerated version of this is when one blows a trumpet to announce how much money one is donated to a cause.  It is done to cause a presentation where self is highlighted.  "Look at me!"

At a supermarket parking lot, a woman viciously tore into her husband about a buckle on the car seat.  She caused a stir from the crowd as she gave an extreme reaction to a minor issue with the message:

"Look at me!  What a great and concerned mother I am! Only I have this high level of concern for my child! You don't love him as much as I do!"

School teachers often bear the brunt of this.  The more negligent the parent, the more the teacher is blamed and even attacked.  When it is a negligent father, his bitterness can be frightening.

This often leads to criticizing and tearing down of others.

The "flesh" refers to self gratification and is often seen in narcissistic statements. The guilt of the negligent or abusive parent is countered by an over reaction to a minor issue.

The child, as a novelty, becomes the tool for the parent.

When we encounter, "I am a great mother" in any form, we investigate for a connection to child abuse.

When we encounter "I love you", we investigate for a troubled relationship, whether it be in a domestic homicide or in child abuse.

It is the need to use these words that we explore.

To whom is the subject writing?

When we encounter "...and then I said 'I love you' to my kids and left..." in a police statement, we explore for:

In the above, the subject has the need to tell police that she loves her kids.  This is unnecessary information meaning that it is very important to the analysis.

But did you also notice her "leaving"?

The point of highlighting "left" in an open statement is this:

The person is not thinking of the destination but of the location of the departure.

The person is not thinking forwardly, but is stalled.

This is a statement in which the subject tells us that she is deliberately withholding information around the time of departure, likely associated with the children.

"The Great Mom" in Statement Analysis has its examples.

Recall in the murder of Hailey Dunn in which her mother, Billie Jean Dunn and mother's boyfriend, Shawn Adkins, failed polygraphs, she made this statement.

Hailey's mother and mother's boyfriend had amassed a huge collection of:

The "great mom" had burned a tattoo into one child while moving a violent pedophile into her home, after calling police on him, frightening her now murdered child.

The mother projected her own "norm" on Facebook when she rhetorically asked,

"Who doesn't have some bestiality on their computer?"

She carries her norm in her language and sees perversion everywhere.

The Great Mom is not simply seen in the words "I'm a great mother" alone.  Recall the same mother, reporting to the world that her 13 year old had disappeared boasting of just how great a mother she was:  "...she wasn't just allowed to go out without asking permission...she wasn't allowed to..."

Rather than focus on the plight of her "missing" child at this critical point, the mother focused upon her own self, and what a great mother she is.  She did not realize how she had slipped into past tense language of her missing daughter.  The need to focus on self in the very moment when all focus should be upon the child is telling.

Recall the McCanns' early interviews.  They did not claim Madeleine was kidnapped (only their supporters did) and did not talk about what Madeleine would have been going through, hour by hour, with a kidnapper. 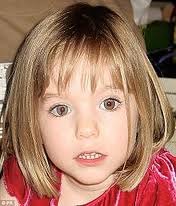 This is because it did not exist in their memory bank.  It did not exist because it was not reality.  They did not spend hours stressing over what life must be like for Madeleine; if she had her special blanket, toy or bottle.  This was not a concern, therefore, it did not process in the brain, and was not in the memory bank when questioned.

They were, however, great parents who worked diligently in dedicating words to show the exact number of meters away they were when they left their little children home alone, unattended.  They devote many more words to self than to Madeleine.

The innocent parents of missing and murdered children speak one language while those of guilty knowledge speak another.

The former blame themselves for any and everything, while the latter not only excuse themselves in portrayal as "good" and even "normal" parents, but the deception eventually causes them to go on the offensive and attack.

The attack can include doubters, and then police and then even to law suits.

The innocent are left bereft of their children and care for nothing else.

The deceptive try to conceal their contempt for the world, but it is inevitable.  When one believes oneself smarter than all others in putting over a lie, contempt must come.

In the same sense, they often cling to their supporters but if you listen closely enough, you'll witness the contempt, often passive-aggressive, even as they praise the close circle of those they have successfully deceived.

Parents who have a need to portray themselves in a positive light would not need to do so unless circumstances gave rise.  This is why we view it in open statements; they choose their own words and what they feel most important to state.

For training in lie detection for your law enforcement department, business as well as for individual training in home, enroll in our Complete Statement Analysis Course at www.hyattanalysis.com

Peter Hyatt as Statement Analysis Blog at 9:18 AM

What is the difference (if any) in analysis between...

the difference is significant.

One is giving a quote, which shows us an elevated need reversing economy of language. It is an attempt to be more persuasive than the latter, "I told her I loved her..."

The quote will also depend on where it is made. We view "greater and lesser" context. The lesser context is the words/sentences around it but the greater context is, for example, where the statement was made.

in a police report?

But, yes, the difference between a statement and a statement with a direct quote is significant.

KC, you're asking the right questions.

Peter, you have done excellent analysis on the Hailey case. One thing that troubles me about this case is why didnt Haileys father, Clint, intervene when Billy had moved Sean into the home. Why didnt he say "You should stay over here." Didnt he live right across the street? It upsets me because I believe that is a huge role of the father is to protect & he simply could have (and maybe did?) meet Sean, ask Hailey questiins about him etc. I am not blamimg him I just think it is very sad that Haileys father lived right across the street yet he did fail to protect her as upsetting as that may be for him to admit.

Laura, if I may attempt to shed an unsolicited opinion on what you inquired of Peter.

The norm in the area did not alert the father to the danger that lurked.
Even the mom feared him, she'd told her grandmother she, herself, feared him. As goofy as he seemed, the dad probably shrugged it off.

The boy/man showed up on TV dressed for jail!

The real question is why it took so long to pretend they were going to send someone to jail for her death?

That's where the crime of these types of murders start.

Put a frog in water and turn up the heat a little at a time and it will boil to death. Throw a frog in hot water and it'll jump out.

Never hire a what?

I dont know why Clint would have "shrugged it off". If I was a father & found out (at minimum) that Shawn had been watching horror flicks regularly while Hailey was home, Hailey would have been out of there. If I found out Hailey was scared of him Hailey would have been out of there. If I found out Shawn was standing outside Haileys door Hailey would have been out of there.
Clint lived RIGHT ACROSS THE STREET.
Clint never even went over there and had words with Shawn? Gimme a break! There are plenty of guys who would have removed their daughters from that situation for far less. With my nieces, noone best harm a hair on their head and I have made that known & when some guy was "crashing" on their couch & my sister expressed distress about the guy's presence, I had never met the guy, and the guy had done nothing, but I within 24 hours made sure the guy was told to get the hell out and that he could sleep on the street and the guy did get out. For a father to not have these same instincts is unbelievable to me.

I know you asked Peter but I can answer this. Clint is a heavy pot smoker and for lack of a better word, wuss. He seemed to cower to Billy and has no traits of a real father or man.

What does a reliable denial look like when someone accuses you of NOT doing something?

Does "I'm a damn good mother" carry the same concern?

Peter, is there a time at which adding the "I love you" would enter the narrative and be acceptable? Specifically, I am thinking of some interviews I have read or seen on TV by parents who know their children are dead and it has been years, or they have been missing for decades and presumed dead. It seems sometimes like they will add these things in over the years as they mentally memorialize the child. (Hope)