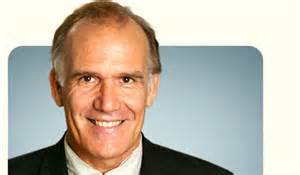 Analysis of "The Language of Negotiation" shows its inherent deception:  demanding more than what one is expecting.  The basic principle (25%) allows the reader/listener to understand:  everything has a purpose.

Here is a historian who addresses the language (and actions) of negotiations, further.

Here is an example addressed:

The media reported, from the early primaries exposure through today,  that Donald Trump was "Adolph Hitler" which was quickly echoed throughout schools and colleges.  The Hollywood elite used it, often with vulgarity, and politicians quickly followed suit.

On college campuses,  angry kids became violent, and shouted down anyone who did not chant their slogans but the few that allowed for a journalist to ask a question, were unable to identify any of the details of genocide that Hitler orchestrated.  Yet, they "knew" that Trump was Hitler because they have been told this over and over.  They could "see" the similarities and "knew" that millions of people were going to die.

They do not know that Hitler was a socialist, nor do they  know what a socialist is and what socialism, itself, does.

They chant "anti fascism" without knowing what fascism is, what it did in history, or how it is they are championing its cause.

They do not know, nor wish to know, what their attempts at destroying free speech accomplishes.

They "just know" that Donald Trump is "Hitler" and those they admire in Hollywood call for a violent conclusion.

We have infantilized our colleges leaving young people unprepared for the reality that awaits them. They are incapable, en masse, of discerning propaganda from truth and are vulnerable to the onslaught of psychological warfare that uses emotionalism rather than reason.  They do not understand human nature, nor what history teaches that happens when human nature is not understood.

The need for the capability of separating truth from a lie is great.

The language of negotiation seeks specific responses. Although this speaker may disagree with the general percentage, note the use of negotiation language, historically, and what it accomplished.
The Media Hysteria:


Here is Professor Hanson  addressing the language of negotiation through historic examples.

Peter Hyatt as Statement Analysis Blog at 9:18 AM

Having watched several, I have added a second regarding the language and examples of negotiations. I hope this helps in communication.

I wonder do the Bernie people know that Hitler was a socialist, just like their 'everything free' special candidate.
But they condem Trump for being one. My nephew, who is a senior in college was a Bernie man, even though he has never registered to vote. He simply didn't want to pay what little college loan debt he had back. And this was an all-academic scholarship guy that just borrowed extra to do extra stuff. But he doesn't want to pay it back. I'm going to give him a couple of years working full time and paying taxes to re-question him.

VDH is a great intellect.

Rob, the kids I have spoken to (college) do not know what socialism means. They say things like, "well, we need to have our college tuition plaid for and Bernie said..." They know the freebies stuff.

I only recently found his writing...I may have mizen up the videos so I went back and added a second! The latter is from last month and is about the "media hysteria."

He makes a great point about Donald Trump not having a good education or speaking skills yet he shows genius in being able to make a dollar in manhattan real estate.

By the way, you did solid analysis on the Fake Hate letter to the Day care. I added some comments.

Privatize all the fire halls.

Why should the government dictate to you who you hire to put out yr house fire?

Yeah sure, Donald is a freakin genius in making a dollar in NYC real estate. I don't feel that's correct information.

Fred was a genius though. And DT pi$$ed much of it away until the tv show The Apprentice.