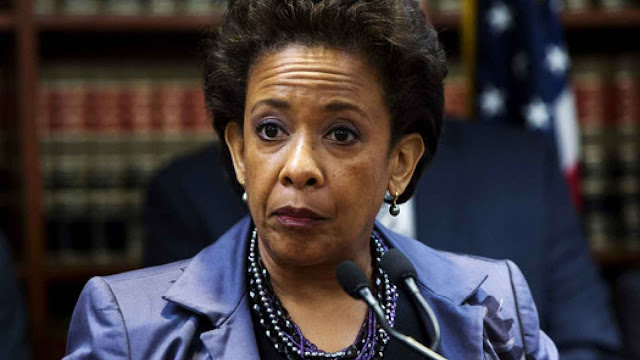 Here is an exert from the Loretta Lynch interview with Lester Holt.

Will she be truthful?

Well, I had heard about that testimony. ___ Didn't watch it at the time.

The question is plain:  what did you mean by calling an investigation a "matter", which is to employ minimization.

The subject begins with a "pause" meaning she needs time to think.  This is interesting in that she went into the interview knowing the basic questions.

Note that __ "didn't watch it at the time" (the audio does not sound like the pronoun "I" is used") answers a question not posed:

when did you not watch it?

She was asked a question about the meaning of a word in in less than a micro second of time, this highly intelligent and highly educated subject went to the element of "time" instead.

This makes time or timing very important to her. It is not important to know when she watched or heard the interview.  This is to avoid answering the question and is insight into her method of avoidance.

She then gives a self rebuttal of when she did not watch the testimony:


But it was brought to my attention later

The timing is used by her to both raise a question, "When?" and answer it.  Why?

Next notice that she uses passivity to avoid telling us "who" brought this to her attention.

This is information of no interest to the audience.  The question is about telling Director James Comey to change the wording of "investigation" to "matter", not "when did you hear this?, when did you not hear this?  who told you what Comey said?" and so on.

This is a significant departure from the question and she is using "filler", that is, seemingly unconnected or insignificant information to stall for time.

"was brought to my attention" is passive voice, which is consistent with the psychological departure with the dropped pronoun "I" here.

Future prosecution or investigators should learn this subject's method of answering sensitive questions prior to a formal investigation.


and people were raising it to me

Not only does she conceal who told her that Director Comey reported this, but that she now tells us that "people", also unidentified, were "raising it" to her.

She continues to avoid the question.

and my first response was where -- what was the issue here?

We believe her.  We believe she will have more than one answer prepared. With "first" we look for "second" and so on. Without such, we recognize the numeric use is not logic in play (thinking sequentially) but another use of deception via tangent and filibustering).

A truthful person can only tell us what they remember.  Besides the need to avoid the question, employ passivity, we now are given a linguistic indicator of suppression of memory:


I remember specifically talking to him,

This is an indication that she is withholding information.  It is to be expected that when she met with James Comey, as Director of the FBI who was investigating Hillary Clinton for, at minimum, the setting up and use of an illegal server and the transmission of private, sensitive and classified information.  It is not unexpected to "remember" said meeting.

It is interesting that she was "taking to him" which indicates that at "first", it was one-way communication.


as we talked about sensitive things on a number of occasions.

This is very likely a truthful statement and it is to still avoid answering the question of "What did you mean...?"

She now moves away from the specific meeting, which took place in time, which is connected to linguistically by the past tense verb, "we met" or "we discussed":

The question is about changing the language from "investigation" to "matter" of which she now introduces:

a.  what she "remembers" *(unnecessary word)
b.  sensitive "matters" (note the word)
c.  sensitive issues
d.  terrorism
e.  terrorism policy
f.  the like

This is to employ the deceptive tool of "filibuster" where one will talk and talk, to avoid yielding direct information.  Yet, patient interviewing and the refusal to allow one to not answer, yields far more information due to the inclusion of unnecessary information.

We can note her need to bring a tangent.
We can note her pronoun use of "we" to unite herself to James Comey, of whom she is in opposition to in this context.  Comey stated that her change of wording made him uncomfortable.

Regardless of avoidance, the change of wording to minimize the criminal investigation to a "matter" is still the topic:

This was a very sensitive investigation as everyone knew.

It bothers her, as we see with the word "this"; indicating cognizance  which is required for the use of a tangent:  one must know what one is in need of avoiding.

Before, she leaked the word "matter" but now it is "investigation" (the election is over) and she seeks to quickly agree with the public:

This is a form of ingratiation. She is aware of the audience ("you know") which is the nation watching. She is acutely aware of how this was not a "matter" but one of which the level of criminality remains unknown, outside of "Bleach Bit" data erasing, and the physical destruction of hard drives, lap tops and cell phones.

"we" now becomes "he and I" as she uses body posture;


And the issue when he and I sat down at that time,

"when" and "that" are elements of both time and distancing language and "sat" is to give body posture.

This is to indicate an increase of tension.  This "tension" ejected "we" and while body posture is given the
"we" becomes "he and I."

Now we know why the element of time was critical to her.


was whether or not we were ready as a Department to confirm an investigation going on,

She uses "we" but "as a Department" defines who "we" is:  not Comey but the Dept. of Justice.

This is most significant.

She is not denying "matter" but wishes to portray "time" as the cause of the change of language.  It was a "very serious investigation" as "everyone knows" but it, over time, became a "matter."

This is an attempt to avoid direct lying and to avoid accusing James Comey of lying.

As if the language just changed.

Comey alleged that she ordered him to change his statement on the Hillary Clinton investigation from "investigation" to "matter."

She met with Hillary Clinton's husband on a tarmac and both were deceptive about the meeting itself and the content.

Here, she is accused of ordering Comey to change the wording from "investigation" regarding the person of whom all believed, including media, would be both her and his next boss.

We next get the "normal" factor in analysis.  This is where a subject has the need to "normalize" something because it was anything but normal:


when we typically do not confirm or deny investigations into anything with rare exceptions.

She did not answer the question.
She used:

a. passivity
b. tangents

By not answering the question, she has answered the question.  The interviewer did not ask about "terrorism" (the threat to the nation) but returned to the question skirted:

HOLT: But Comey says you wanted to call it the 'Clinton matter,' he wants to call it the Clinton investigation. To the extent though that he noted it, that it bothered him, did he go to you and question your credibility with regard to the Clinton case?

LYNCH: I can tell you though that it was a meeting like any other that we had, where we talked about the issues. We had a full and open discussion about it.

a.  "I can tell you" is to say that she is limited in what she is saying
b.  Recall how this fits with, "I remember"
c.  She is likely to use "I don't remember" and "I don't recall" as formal answers in an investigation.

This is something that children first being taught to read recognize. We flag it in Statement Analysis as:

This is what police call "story telling" and what analysts call, "Narrative building."

HOLT: He didn't raise any concerns about it?

LYNCH: Concerns were not raised.

Here the passive "concerns were not raised" conceals the identity of the one who raised the concerns; James Comey. This allowed the subject to not directly accuse him of lying and in her statement, she invites him to "remember" it as one of many meetings and only "dating" of it might be "off."

Did you notice she never answered the question?

This is a very intelligent liar who has had much time to consider what technique to use.  In a sense, the employment of "time" may be considered "Clintonesque" as it attempts to avoid the direct confrontation of lying, while attempting to convolute the flow of information by adding in terrorism, and other tangents.

This is insight into how Loretta Lynch will respond to a special counsel investigation into the entire scandal.

This is a committed and intelligent deceiver who will attempt, whenever possible, to lead an investigator into tangents and filibuster questions.

This, itself, can unnerve an investigator as it defies reason or logic, something we have been created to embrace.

The training and preparation involved should include mock interviews of "filibuster" types who often irritate and frustrate their way into plea bargains rather than face justice. Filibuster liars are often very intelligent and very "quick on their feet", but also often show low or little affect when confronted with their lies.

up next:  more of the interview regarding the Tarmac
Peter Hyatt as Statement Analysis Blog at 3:50 PM

Great phrase and one to remember.

I venture an interview with obama would be similar.

Peter is there a reason you did most of it in blue font?

Have you ever analyzed any Janet Reno statements?

Unknown said...
I venture an interview with obama would be similar.


It was sent to me in Blue Font. I changed it all to black, repeatedly. Google did not change it.


Anonymous said...
Have you ever analyzed any Janet Reno statements?


After seeing Will Farrell on SNL, I dared not to.

If one isnt anwsering the question asked, should the interviewer conduct the question again after the person is done talking (anwsering)?

to Peter: i guess goolge (and the one who send it) already found out she is deceptive........so that's why all fonts were in blue they spared you time (lol)

Notepad is your friend.