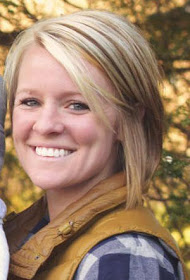 The videos of Davey Blackburn have caused many negative comments about his speech, mannerism, and content, especially about his wife, but the same commentators seem to be just as unified in their view of Amanda:

"Lovely" and "genuine" and "authentic Christian", "loving mother"  and so on, are the most frequent I have found and heard.

From her own words, she did appear to be a lovely Christian young woman devoted to her God and her family.  It is a terrible time for her family who has not appeared on television.  He has been on Fox, ABC, Inside Edition, and others.  (At Inside Edition we have him change his opinion of the photos, but we also have him incapable of saying "I loved Amanda", "Amanda loved me" and "Amanda loved Weston", including the moment where he appeared that he was about to; instead, opting for "Amanda loved people."

Statistics vary but show that homicide may be the number one cause of death of pregnant women with most killed by husband or boyfriend.
The studies show "killings span racial and ethnic groups. In cases whose details were known, 67 percent of women were killed with firearms. Many women were slain at home — in bedrooms, living rooms, kitchens — usually by men they knew. Husbands. Boyfriends. Lovers."

* Pregnant homicide victims are more likely to have been killed early in the pregnancy; which can make it difficult to identify the pregnancy and relate it to the homicide.

* Pregnant homicide victims are more likely to be killed with a gun.
--Journal of Midwifery and Women's Health, February 20, 2001

Police may have one person in custody in the murder of Amanda Blackburn and must learn if her husband has any connection to the shooter.  This will be a thorough search to learn if the shooter has any connection or associations to the gym, the church, or anyone who has connection to Davey Blackburn.  They will need to check all:
a.  financial records
b.  phone calls, texts, tweets
c.  computer post mortem
d.  associations and identification everyone who knew him to learn if there is any connection.
e.  months of video at the gym
f.  receipts, records of transactions

Police are not ignorant of methods of creating layers, go-betweens and buffers in criminal matters and these investigators seem in earnest to bring justice for Amanda.

Blackburn, himself, is the one who has brought suspicion upon himself.

We would have known that Blackburn had no associative guilt in the murder if he had told us so.  Statistically, the reliable denial is very consistent in noting innocence.  It is highly reliable.  When given the opportunity to deny it, not only did he avoid it, but he gave an answer that raises the level of suspicion.


"I certainly understand that's always the first place they're going to investigate and so I guess that was to be expected on some level
but on another level just going through this trying time with  our family it was definitely difficult  to try to even kind of swallow that
so for us, we don't have anything to hide. "

The switch to plural here, following so close to singular, may suggest involvement with someone else.

He begins with "I" and then continues with "I" which now has established a pattern.  He is alone and speaking for himself, but when it comes to the time to deny involvement, he is thinking of himself and at least one other person and about himself and this other person, they have nothing to hide.
Not only does this avoid saying, "I didn't kill Amanda and I don't know who did", or "I am not connected to the one who killed my wife, Amanda" or anything similar, it is to introduce himself, with at least one other person regarding having something to hide about Amanda's murder.


"I certainly understand that's always the first place they're going to investigate and so I guess that was to be expected on some level
but on another level just going through this trying time with  our family it was definitely difficult  to try to even kind of swallow that
so for us, we don't have anything to hide. "

1.  With the close head shot murder of his wife, it is not expected that an innocent would allow for anyone to "understand" suspecting him.  This is something that is a red flag.  The crime is so vulgar that any suspicion should be met with a refusal to accept any of it.

2.  The change in pronoun is consistent with deception rather than truth.

3.  The pronoun "we" addresses unity and cooperation:  he seems himself in unity with someone else, or others, in having "nothing to hide."

Davey Blackburn does not, in this sense, issue a Unreliable Denial: He avoids making a denial.

"The detectives have been extremely  gracoius and great keepuing us up to speed and we are really grateful for that. "

This, after telling GMA that they have not told him anything but what the press has been told.
This gratuitous praise of police has come before any arrests have been affected and the killer is still on the loose.
We sometimes find in guilty statements a praise of police, as if to be seen as good guys, while innocent people do not praise or thank police yet, not until the killer is found, or a great deal of time has passed.

In Statement Analysis, leakage is subjective guess work. It is where the brain is thinking about what happened, and while talking, some words inadvertently 'leak' out.

When asked about the gun, "I'm not sure of the viability of something like that..."

It is a strange term and made me think:  Did Amanda's family ask about the viability of their pre born grandchild?

When he spoke of suspicion, the man who not only talked about Amanda not satisfying his sex drive (the videos are still up at his church) he made an inappropriate sex joke about "bring the butter" to which the modest Amanda showed embarrassment and lack of understanding.

It is with this in mind that I find it odd that he said, in the plural, that 'they' have trouble "swallowing" the suspicion that some have.

Blackburn did not deny involvement and has kept the focus upon himself in the interviews, including "moving on" and using his church's slogan for advertising while speaking about Amanda.  All this is not likely lost upon Amanda's family.

Here are some of the "oddities" or "red flags":

1.  He does not deny suspicion of being connected to the shooter.
2.  He does not show any fear of the killer on the loose; not for himself, his son, or the neighborhood.
3.  When he speaks about the killer in terms of identity or motive, he changes from "I" to "we,"
4.  He does not tell us he loved Amanda, or that Amanda loved him.
5.  He complained about Amanda not meeting his sexual need.  We now learn Amanda may have been sexually assaulted before death.

6.  He complained that pregnancy triggered the bad marriage.  Amanda was pregnant when she was murdered.

The 911 has not yet been released.  This is likely due to the nature of the investigation.  When DA's are convinced the family who made the call has no connection, often the 911 calls are released to the public.

If Davey Blackburn is not associated with his wife's murder, he certainly talks like one who is.  In the very least, his language and demeanor show someone who not only has avoided saying "I loved Amanda", but is glad she is gone.  As someone said today, 'I struggle to understand if his language is that of guilt, or it is from  this narcissistic bizarre blinding ambition for success that is talking."

For the dignity of Amanda, let's hope the resonate church takes down those videos. If the husband is involved, they will be likely a focus in court, just the same, but to hear a man over talk, embarrass, correct, humiliate and complain about his wife in this way, at this sensitive time, seems most inappropriate.  It is not how she should be remembered.

I continue to search for, "I loved Amanda" and "Amanda loved me" but it is absent.  Perhaps tomorrow it will appear.


"I love you, Amanda" is the simplest, easiest and most readily expected words from the husband.

It is the most dominant in its absence.