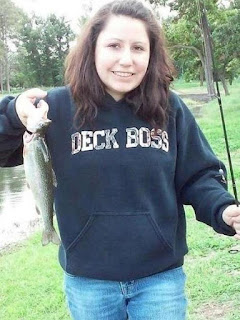 Statement Analysis is not guess work, nor should it ever be relegated to such.

Jonathan Harris beat a mother of two, Nichole White, to death and pled guilty to second degree murder.  He had met her on a dating site.

He now faces sentencing at the end of September and is wants to change his plea.  The following is an interview by a member of the press.  It is an insult to the family of Nichole White that only increases their pain.

Analysis Question:  Is he telling the truth?
Although this may appear obvious, we do not simply use 'smell test' mentality because if we are correct 9 times of 10, the one error is not acceptable.  This is a scientific process which means repeated implementation should result in similar findings.

Analysis Question:  If he is lying, will he reveal his motive?

Paul Ekman said he believed "I don't know" was a close second to "I don't remember" as the most common deceptive answer in court.  "I don't know" is obviously a deception and can only be appropriately viewed in a  case where one did not know if one's actions were the finality of death; such as in a multiple assailant case, or even in the case where  a man gave a Sheriff's daughter the drugs that led to her overdose.

*If you were to claim, "deception indicated" based upon the statistics of "I don't know", you would likely be correct.  But this is not Statement Analysis.  Your conclusion must have a basis of which can be applied to case after case.  While claiming "deception indicated" each time without proving the assertion, eventually, error would ensue.

Statement Analysis is not passing the straight face test or any other intuition.  It must be based upon principle and the analyst must enslave himself to the sample provided.

White disappeared while she and Harris were on a date in June of 2015. Harris met the 29-year-old mother of two through an online dating website. She was last seen with Harris at a Spanaway bar. Her body was found days later wrapped in a tarp in a wooded area near Kapowsin Lake.
She had been stomped and beaten to death.
In the jailhouse interview, Harris repeated his claim that he didn’t know whether or not he killed White.


Avoid compound questions.   His answer, to explain 'why', is what gives us information.

Does he believe his own words that he is not certain if he did this?  He does not make us wait for the answer:

Harris:   “Well, because it’s still a case that’s going on. There’s no determinings  or anything."

This shows that the subject knows what he is doing.

IR:  “Do you believe you may have killed Nicole White?”

Whether he "may" have killed her is within his response:

Harris:  “That’s not for me to determine.  It’s for the judge and prosecutors to say allegedly if I did or did not.”


It is interesting to see the hypothesis begins with guilt, "...if I did it" before "did not."


It is important to note that the IR asked this question in the negative (double).  In parroting language, we expect him to respond to this, also in the negative, of "didn't", using the IR's own language.  This is a poorly worded question but the answer still gives us information:

The same order exists here but it is even more important because it overruled the easier parroting or repeating back of the question.  This means 'more effort' was made by the subject and in the same Solomonic fashion of the custody case, order is paramount.

When one says they "can't" answer a question, it is an indication of limitation.  Here, the context tells us the limitation:  rather than saying whether he did it or not, he willfully limits himself to letting the court say so.  This is likely the advice of counsel.

In the motion Harris filed to change his plea, he claimed his public defender forced him to plead guilty against his will. He wrote, “my attorney, Mark Quigley, came up to the jail and yes, he threatened my life."

Note the full social introduction of Mark Quigley, written with the possessive pronoun "my" shows a good relationship.  This is incongruent with his claim.  We now see his claim has further weakness:

“He threatened, pretty much he threatened my life, says if I didn’t sign this I’d pretty much spend my whole life in jail, and that’s, you can’t say that to somebody,” Harris said.

We now know the 'threat' and how it was against his 'life'; his attorney told him the legal consequences of being found guilty.

Jonathan Harris is not only lying about not remembering killing his victim, he reveals his motive for his lie and is willing to lie about his attorney.