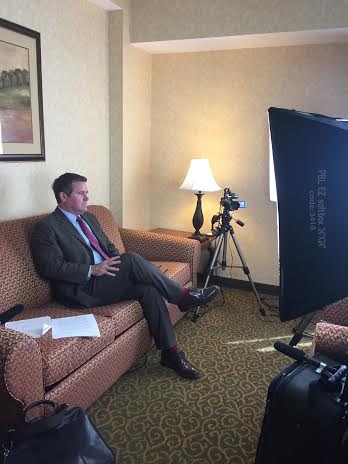 The courses and seminars both include:

12 months ongoing e support, which allows the student to immediately begin actual analysis, yet without any submission of errors.

Entrance into live, ongoing monthly training (spaces limited).  This online, monthly live training allows for hands on application of analysis.  This is confidential training and is limited in both enrollment and acceptance.  A new monthly online training class will be opening up for new students.

These trainings are CEU eligible for professional licenses through the University of Maine.

We offer several courses and certification with the first course,
"Statement Analysis" being a complete course, rather than an introductory or "101" course.  It is thorough, challenging and will cover all aspects of analysis and equip the student for deception detection and content analysis.  Textbook, exercises and test submissions.  Tuition is $595 with 12 months confidential support:  you will not submit errant analysis due to this security support from professional analysts.

The Advanced Course is open to those with formal training and covers Anonymous Author Identification, Psychological Profiling from language, Language of Sexual Assault Victims, introduction to Analytical Interviewing and other advanced techniques used by active professionals.  Tuition is $895 with 12 months support. This is an extensive course that is large and can be completed in 6-12 months.

Ongoing Monthly Confidential Training $50 per month, with 25% discount with yearly subscription.  Your training date is the same day each month.  These are 'live' ongoing cases for law enforcement.

Statement Analyst I:  This certification states that the holder is a professional level analyst.  Satisfactorily completion of the Statement Analysis Course, a minimum of 60 hours of live training, and recommendation from 3 professionals.

Statement Analyst II:  This level is of a professional nature where the analyst is equipped for advanced, in depth content analysis, consultation, advising and instruction.  Completion of Advanced Statement Analysis, a minimum of 120 hours of live training, with the submission of thesis paper, approved by 3 professional analysts (FBI, Investigator, Business Analyst or Psychological Analyst).  This certification in advanced techniques for detecting deception will equip not only investigators and analysts, but for instructors in analysis.

Coming:  Look for more monthly classes to be offered;

Peter Hyatt as Statement Analysis Blog at 7:19 AM

All these years later this still makes me sad. Thank you Peter for all you did on this case.

Can you analyze the Burke Ramsey interview with Dr. Phil?

This needs to be talked about... I am just in shock...

Would you consider reviewing Gary Condit?

CHUNG: And how often do you think she came to your ... your apartment to visit you?

CONDIT: Well, I provided all those details to uh, the appropriate people, the law enforcement people. They have that. And uh, it would be uh ... best not to get ...

CHUNG: (Overlap) (Inaudible) forgive me, but ... why are you reluctant to answer that question?

CONDIT: Because that's ... that's provided to law enforcement and the people who are responsible for fi-, for finding Chandra Levy.

CHUNG: But I mean, if there was nothing wrong with it, why can't you say how many times she came to visit you?

CHUNG: (Overlap) Could you give me a general idea?

CONDIT: But I, but we, but we have shared all that with law enforcement. And I think it's best that we not go into that. And out of respect for my family, and out of request from the Levy family, I just don't ... can't go there.

EXCLUSIVE: 'We'll be laughing forever': Making A Murderer’s Steven Avery is engaged to a 53-year-old Las Vegas blonde - and they met for the first time just last week

A statement from Lynn appeared on the Steven Avery Project Facebook page, saying that they plan to marry on his release.

‘I am very happy to announce that Steven Avery asked me to marry him today, and I accepted. It has been a difficult road getting to this point in our lives but we are very happy,' she said.
'Despite all obstacles, and Steven's wrongful conviction and incarceration, we plan to be married shortly after he is released.’

OT
Ramsey case
“The American public has been led to believe that we went to bed that night after a wonderful Christmas, brutally beat JonBenét, sexually molested her, strangled her, went to sleep, got up the next morning, wrote a three-page ransom note, called the police, sat around the house for four hours, [and] then I went downstairs and discovered her body and was able to act distraught,” John Ramsey said. “Help me understand that."

Ney, he seems to understand it pretty well himself!