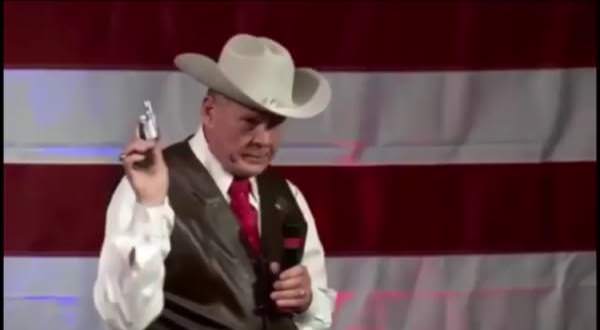 A 53 year old woman has accused Judge Roy Moore of sexually molesting her when she was 14 years old.

We do not have enough sample for a definitive conclusion but thus far...


“These allegations are completely false and are a desperate political attack by the National Democrat Party and the Washington Post on this campaign.”

This is not a reliable denial and it assigns motive.  Best is,
"I did not molest her" or "I did not touch her sexually" or anything similar. 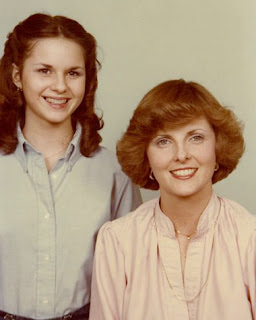 The written statement from his campaign is even weaker, including "...this garbage is the very definition of fake news.”

Leigh Corfman says she was 14 years old when the then 30 year old judge gave her a ride home, kissed her, and told her how pretty she was.  On the second ride, he took her to his home where he took off his own clothes, removed her clothing, and  touched her over her bra and underpants, she says, and guided her hand to touch him over his underwear.

Here is one statement from her as she goes into recall:

“I wanted it over with — I wanted out. Please just get this over with. Whatever this is, just get it over.

Analysis Conclusion can be made when we have larger sample, but thus far, there is no indication of deception in her statement and his statement, both what he said and what was released, are "unreliable."


"Not reliable" often indicates that we need more information as the subject may not have done it, while "unreliable" is stronger as a classification.  In this, the analyst classifies it as such and would need to hear a reliable denial to alter this view point.

"Not reliable" is considerably weaker in this sense, and often indicates that the analyst is waiting for the subject to issue a denial.  This happens, at times in an interview,  when a subject does not realize he is accused.

He has a hard enough time trying to squash his son's latest arrests.

Leigh Corfman didn't make this announcement when Roy Moore was elected Chief Justice of the Alabama Supreme Court or when he ran for Alabama Governor in 2006 and 2010. NOW she feels a moral compulsion to report her alleged molestation? Ridiculous and infuriating!

Ridiculous & Infuriating, for who?
You?
&
Why is THAT?
⚖ CptKD

Not saying that Moore's statement is necessarily a reliable denial, however if I'm put in a similar situation, I don't know if I could really say much different. If someone outright lied and claimed I sexually assaulted them and those accusations were published by a notorious political rag with an agenda, my focus would be on stomping the allegations. To even give a bit of credence to the act alleged, i.e. by saying "I did not molest her", would seem to be giving the implication that some form of contact happened. If none happened and outlandish sexual assault allegations were made, I'm not sure that in the immediate aftermath that I could do anything except slam the allegations. To give attention to the false accuser ("her") or her lie ("molest") would be difficult to do.

Peter, I'm curious about your analysis of the opening of the Washington Post article: "Leigh Corfman says she was 14 years old when an older man approached her outside a courtroom in Etowah County, Ala. She was sitting on a wooden bench with her mother, they both recall, when the man introduced himself as Roy Moore."

I notice the "wooded bench" and "with her mother" stand out. This is regarding a sexual assault and it happened 40 years. Taking the assumption that the woman is feeding these details to the reporter, they show unnecessary detail and the need to place the story psychologically within someone else's purview. Is that not deceptive? After all, it's the lead to the rest of the story. Attention is drawn immediately to handshakes outside the courthouse, and specifically a "wooden bench" is being placed as a priority, as well as the need to show she was "with her mother". The sexual assault comes later. Just seems rather odd and not something we would expect from someone drawing on experiential memory to relate an assault.

What is 'age sophistication disparity'? And when was the victims statement (specifically above) given?

I did not include the other quotes from the alleged victim.

This is what I would say:

"I didn't touch her. I am not dropping out of the race."

I would end it there.

I would have no need to address motive, nor anyone's state of mind. Eventually, the story would die down in spite of fake news. Fake news needs lots and lots of fuel to keep going.

This is the psychological "wall of truth" that I will be posting more on: what truthful denials look like. They are short, boring and strong.

There's a fight for the United States going on right now that has a historical feel of war. Truth is the most powerful weapon.

Leigh did 'mention it' to her girlfriends at the time. The news source collaborated that her mom was at the courthouse on the date she stated and Roy Moore had an office in the complex. Leigh's mom remembers meeting him out front. They interviewed over 30 people for this story and confirmed what they could. As Moore later became a known judge in Alabama- Leigh pointed out his picture in the paper as the man who molested her. And there are several other women who were teens at the time (and did not know each other) with similar stories about Moore. This rings true to me.

Normal people have trouble imagining that a grown man will come on to a young girl when she is too young to even understand. Is this every male??- of course not- not even close. So 'normal' men have no idea how common it is. But pedophiles molest girl after girl. And they try with many more girls than they succeed with. So the numbers of young women affected is high not because it is common male behavior, but because serial pedophiles can have a high number of victims over time.

[For example- a 28 year old married man attempted to meet up with me at age 14. He phoned our house and gave false info to my mom to get to talk to me. At first he acted like a school chum, but- looking back- was cagey. (Remember here- I am a little kid without many suspicions) I also did not really know why he phoned until he asked me 'to meet him at a hotel'. His 'selling point' was that I should be 'curious'. He told me he wasn't using his real name, since 'other girls had tried to contact his wife' in the past. (Ohhh- light finally went on here- what I called a 'pervert'.) Thankfully-- I was safe at home and just answered a phone- I was not alone with a predatory adult. At that point, I had the sense to go downstairs and tell my mom he was 'weird' and not to let him call again. (no caller id available at the time) As an aside- maybe because it was traumatic, I remember details like I was upstairs when he called, sitting on my parents bed facing the window and I went down to our kitchen through the hall doorway to talk to my mom after. Details are not a sign of lying. And these so called men are definitely out there...]

What is 'age sophistication disparity'? And when was the victims statement (specifically above) given?

in adults with developmental disabilities, it is considered "an affirmable defense" is the perpetrator sees his victim as his equal, in investigations of sexual contact between someone under guardianship due to DD and someone who is not.

as to your second question, the statement has been made recently, as the alleged victim is now about 53 years of age.

Anonymous said...
Leigh Corfman didn't make this announcement when Roy Moore was elected Chief Justice of the Alabama Supreme Court or when he ran for Alabama Governor in 2006 and 2010. NOW she feels a moral compulsion to report her alleged molestation? Ridiculous and infuriating!


I did not deal with the victim's motive: only truth versus deception. Even if her motive is political, analysts seek truth as to why happened.


Our science is not political.

Leigh Corfman made this announcement now because the floodgates have opened for victims of sexual abuse. There are women from all walks of life who finally feel safe and empowered to speak now. There is safety in numbers and the men in power are having the sick things done in secret, exposed to the light of day.

So Leigh's mother went to court house for a CUSTODY hearing (for a judge to determine which parent is the "better" parent and will get primary custody). During this time she abandoned her child in the hallway with an older male STRANGER? lol Didn't happen.

I am infuriated at the the Democrats' disgusting efforts to win this U.S. Senate seat. I wasn't infuriated at you, Peter. Thank you for your sharing your knowledge to teach us statement analysis.

For those people who weren't raised in a tiny Southern town, let me fill you in. There are very few people to date. You attend grade school through high school with the same 20 people and familiarity eventually builds contempt. (The girls in my small high school class used to drive 30 miles through rural nowheresville to another rural town to eat pizza, so we could meet other males.)

After law school, Roy Moore returned unmarried to his tiny hometown where he was born. Gadsden, AL has 9,000 people now. It may have been much smaller in the 1970s. In the South at that time, it was normal for older males to ask much younger females for a date. It wasn't unusual for 15 and 16-year-old females to be married at that time. (In my graduating class of 1976, one-third of the female graduates had a baby. Most of these young mothers were married.) When I was in high school, a 40-year-old widower in my small church asked me on a date. It wasn't scandalous. He was seeking a healthy wife to care for his young children. What is unusual about this story is that Roy Moore was so polite that he asked the younger females' mothers if he could take them on a date them.

To Anon at 9:14pm I don’t find it abandoning to allow a 14 yr old to remain in the hallway/waiting area in a courthouse of a small town. Consider that there are many attorneys and court officers milling about, as well as police officers. This is a very safe location. More so than a library even, and a 14 yr old would likely be allowed to go to a library unaccompanied. Additionally, Moore was an assistant prosecuting attorney at the time. I think most mothers would have found him trustworthy