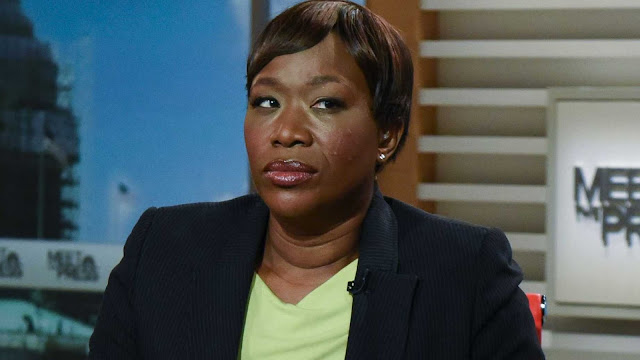 For several years, MSNBC's Joy Reid posted homosexual insults at a politician on her blog.  She eventually admitted that it was actually her and she apologized for it.

Now more homosexual insults have come out and Reid is claiming that her site was hacked. Here is her statement of denial for analysis.

Question:  Was she hacked?

In December I learned that an unknown, external party accessed and manipulated material from my now-defunct blog, The Reid Report, to include offensive and hateful references that are fabricated and run counter to my personal beliefs and ideology.
I began working with a cyber-security expert who first identified the unauthorized activity, and we notified federal law enforcement officials of the breach. The manipulated material seems to be part of an effort to taint my character with false information by distorting a blog that ended a decade ago.
Now that the site has been compromised I can state unequivocally that it does not represent the original entries. I hope that whoever corrupted the site recognizes the pain they have caused, not just to me, but to my family and communities that I care deeply about: LGBTQ, immigrants, people of color and other marginalized groups.
Peter Hyatt as Statement Analysis Blog at 2:57 PM

"I learned that (...) accessed and manipulated (...) that are fabricated (...)" not "my blog was hacked", in this statement the law of economy is lost :) she shows a need to persuade rather than report honestly.
"The manipulated material seems (...)" is weak.
"I began working" is closer to an intention than to a completed action.
"Now that the site has been compromised I can state unequivocally that it does not represent the original entries", "Now", by who? By her and the cyber-security expert?. It was her blog. How she didn't know before she "began working"?.

She wasn't hacked, she regrets what she wrote years ago and she is trying to fix it with this story..

passive language throughout, linguistically neutral towards the "person" who manipulated the blog. doesn't ask for justice or correction. that person could be her or someone she knows.

Her priority is that "an unknown external party" accessed her blog - which is to say it was not her, yet she does not state that her blog was hacked.

She learned from "the cyber security expert" , who "first identified the unathorized activity'"' that blog posts had been "manipulated'" on her "now-defunct blog".

I think, if really she has notified law enforcement, it is because she has been challenged by the cyber security expert as to whether or not she authored the posts on her blog, and having said no, the posts have been "manipulated ", she has been obliged to agree that it should be reported, thus she says has begun to work with him, and uses "we" in regard notifying federal law enforcement. Is to notify the same as to report? I think notify is to not necessarily expect action or a response. She was probably reluctant to notify LE or to report "the breach" on her defunct blog. She finds the need to say that the blog is defunct and that it ended ten years ago, which should be irrelevant - If the content has been accessed and manipulated by an unknown external party, it is a crime, with the motive seemingly , she says, to taint her character.

"The manipulated material seems to be part of an effort to taint my character with false information by distorting a blog that ended a decade ago." It's only "part of an effort" - does she have other forgotten blogs - is she annoyed by the cyber security expert's attention?

"I hope that whoever corrupted the site recognizes the pain they have caused, not just to me, but to my family and communities that I care deeply about: LGBTQ, immigrants, people of color and other marginalized groups."

Call for pity, drawing on how good a person she is to not only care, but to care deeply, for all the people who have been featured in her blog.

It would be interesting to read her blog if she were to remove the "manipulations", "distortion" and "corruption" - how would it then read, could it be done? I think, as she uses "manipulated", "distort", and "corrupted", that her blog is through and through unfixable, because that's how it was written. A hacked blog, with bits added, could be restored by removing additions - she is trying to convince people that someone accessed and rewrote her blog in order to taint her character - "an unknown external party", who has caused pain, not just to her, but to all the communities she cares about. Entire communities - "LGBTQ, immigrants, people of color and other marginalized groups" - are all reading her blog, regardless that it has been defunct for ten years, and they are all feeling pain, because of an unknown external party. That's a bit egotistical.

passive language throughout, linguistically neutral towards the "person" who manipulated the blog. doesn't ask for justice or correction. that person could be her or someone she knows.
April 23, 2018 at 7:28 PM

Okay,not statement analysis, but I do find it strange there was no outrage a decade ago if her blog "The Reid Report" was popular and she's a known MSNBC figure.

She was given an award over the first posts, years ago, after apologizing by a homosexual organization. They have now rescinded it.

The award was insulting to homosexuals. A core belief is established in life and the flip flopping under pressure is for show.

Today, they not only switched but will condemn as unworthy of life, those who disagree with them.

Homosexuals know this is pandering and are not surprised by subtle contempt or private ridicule.

Years ago, gay men told me how they opposed same sex marriage because, as one said, "the only winner is the divorce lawyer" and "you heteros make them wealthy enough..."

But these are all private conversations and none would dare to express this publicly today for fear of being labeled homophobic.

If the government (politicians) stays out of our social lives, we get along well because we have common goals. Identity politics, which began in earnest in 2008, divide us into small grievance tribes, each angry at another. Then, the competition to see who is the most victimized begins.

The results are plain:

The politician gets a short term job, and we are left with growing division that is now in the linguistic violence stage. This is where violence is being normalized and increasing regularly.

If there is no change, history tells us that war is coming.

It is a waste.

"Question: Was she hacked?"

Simple anwser: No she wasn't hacked. She only got caught (again)

"In December I learned that an unknown, external party accessed and manipulated material from my now-defunct blog,"

'my now-defunct blog'
Would one use this term for 'a blog that ended a decade ago'? Or would it only be used when the blog recently was 'defuncted', which would mean it was 'functed'. Did the 'unknown external party' funct the blog, and then 'manipulated material from' the blog?

If the blog was defunct a decade ago.......how come it was still accesseble that a 'unknown external party' could 'hack' it and so manipulated material from my now-defunct blog'?

Unknown external party....
External party seems unnecassary. If it is a unknown party who accessed the blog.....how would she be able to know it's an 'external' party? It could have been everyone, when it is 'unknown' who accessed it.

"to include offensive and hateful references that are fabricated and run counter to my personal beliefs and ideology."

References........why the use of this word? Reference means something is referring to something. It doesn't mean things (offensive and hateful-words) have been added but that what has been added is referring to things that 'are fabricated and run counter to my personal beliefs and ideology'

"I hope that whoever corrupted the site "
The site (blog) has been corrupted she tells us..........she doesn't tell us it's been hacked.