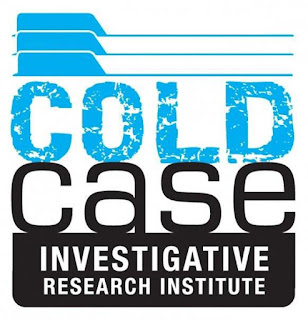 It is one thing to say, "I just want the truth, no matter what" and quite another thing to be the actual investigator who was unable to solve a case, only to hand it off to a cold case investigator and be told,

There is no other way of looking at it.

This is even heightened to a far more extreme when the Cold Case investigator uses advanced lie detection techniques in reviewing the original interviews.  Here is just how difficult it can be:

A murder has taken place and investigators work the case in great detail with the main suspect in the case cleared.

His alibi has held up, and he passed his polygraph.

He had called 911 and made the original report and gave lengthy, cooperative interviews to police, passed his polygraph, and satisfied everyone from the investigators to the coroner to the assistant district attorney.

His 911 call is less than 5 minutes and along comes an analyst who says,

"The 911 call says that he committed the murder, and it yields his motive."

What do you think the reaction of the investigators will be to this statement?

You are likely correct.

Yet, the investigators are torn as they want justice for the victim, just as much as the next citizen, but also do not want to be seen as "utterly" wrong in their life's work, on an important case.

The Cold Case investigator, trained in analysis, had the analysis itself support his own belief and then has the interviews analyzed, and then finally, after the analysis is submitted,  including the conclusion, he shares the case file, all which lead up to...a change of heart by the District Attorney and a change of report by the coroner and finally:

How would you feel if you were the original investigators?

How would you react if you were the original investigators?

How you feel, and how you react are hopefully two different things. This is where even Human Resource interviewing and noting the element of humility rise to the surface.

The original investigators feel conflicted:  they want to defend their work, but they also want justice.  They worked long and hard and may have even had suspicions and may have even cleared the suspect reluctantly, especially with a passed polygraph.  Now, the polygrapher's work is examined, too, which likely will reveal:  the suspect used the language of the polygrapher to pass:  it is the single greatest way to "defeat" the polygraph.  (This is a complex issue, but the assertion stands).

An investigator may, however, act upon a deeper sense of humility and wish for training in the analyzing of statements and advanced lie detection.

Cold Case investigators can help facilitate this appropriate response by their own humility and approaching the original detectives with respect and an attitude of team work.  The Cold Case detective can explain some of the more deeper issues in lie detection and even help the original detectives in gaining training for themselves and explain how they too, without formal training, would not have caught the critical area of deception, and needed help in the "content analysis" that uncovered attendant crimes, a psychological profile that yielded personality type (which led to follow up collateral interviews for verification), strategy for new interview, and lastly, the actual motive of the crime.

These were not found in "lie detection", but in the deeper analysis of content.

They too can, and must, create an atmosphere of "us" and "we" with the original investigators, and not barge in with a high-minded superiority that insults those who are already dealing with complex emotions of having not succeeded at their jobs.

If many files contain "pronoun by confess" obtaining the files takes diplomacy unless so ordered.  Even with some cooperation, reluctance born of insult will likely mean valuable verbal information, including intuition, will be withheld.

The private thoughts of the original investigators could prove invaluable to a case, but could be lost through our own attitudes.

Humility often rises while pride and ego clash until an inevitable slip and fall take place.

This is more the scenario of magnification in dealing with cases that families are counting on to be solved, but have gone cold.


Peter Hyatt as Statement Analysis Blog at 10:28 AM

OT - DeOrr Kunz Jr. UPDATE:
According to a person on social media, "The PI quit the day the documentary details came out". Can anyone find a source for this information? If it is true, that is very interesting.

Is that like rats deserting the sinking ship? LOL

I have transcribed and posted the long interview with Victor Sutton here if anyone wants to look at, or analyse any of it - also his assorted accounts of how he discovered baby Rainn.

Unfortunately, I couldn't identify the interviewer, so the page I linked to for the long video is probably not from where it originated - it's on a couple of other news sites, too.

'The police report into a woman's account of how a New York city taxi driver tried to abduct her and turn her into a sex slave contradicts her claims.

Police spokesman Capt Stephen Jones said that there were 'significant' differences between what Miss Xia says and what is in their records.

While Daily Mail Online does not suggest that Miss Xia's account is untrue, we felt it necessary to contact the authorities for their version of events - as we do with any allegation of criminality.

The official record shows that, as far as the police are concerned, the incident was routine and dealt with in just 20 minutes.

Our reporters made inquiries after Miss Xia, 29, wrote a lengthy post on Facebook which said a taxi driver tried to abduct her.

Miss Xia, a domestic abuse counselor, said she jumped out at a toll booth near Newark Airport in New Jersey and was comforted by a female employee before giving her account to the police.

Her account went viral on Facebook and while many people wrote messages of support some questioned the veracity of her claims.

Miss Xia dismissed them and accused them of 'victim shaming'.'

So, that is why the search engine is off by so much time on this blog, eh?

Seems they are going back to the drawing board...

Peter, would you please take a look at this first-person account of a rape? The narrative has some flags for statement analysis.
http://www.thecrimson.com/article/2015/10/9/assault-no-grey-area/

Anonymous said...
Peter, would you please take a look at this first-person account of a rape? The narrative has some flags for statement analysis.
http://www.thecrimson.com/article/2015/10/9/assault-no-grey-area/
October 10, 2015 at 4:22 AM