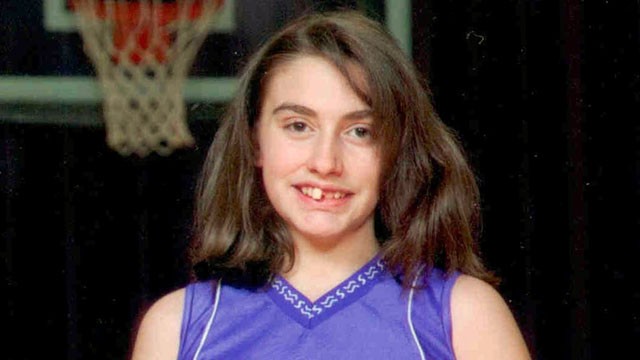 Wendell Noyes, step father of Celina Cass, has been arrested for her murder.

In 2011, he was analyzed here and found to be deceptive.  The few statements he did make affirmed the deception and guilty knowledge of the child's death.

Noyes on Celina Cass' disappearance.  The use of "we" when it should be "I" is often a signal of wanting to share guilt and/ or responsibility.

Thank you for this update! I've been contrasting Wendell's silence with Davey Blackburn's inability to STFU. I'm glad to see that he's been arrested.

My heart has hurt for this beautiful little girl for years. Surly I am not the only one thinking that she was at an age where appearance means everything and her teeth were not taken care of how that speaks volumes of the neglect she suffered.

I'm glad to see the police have made an arrest. The step father made some interesting statements right after Celina went missing. Reading Peter's statement analysis (for me following Peter's blog and analysis), the step father was noted as deceptive. The change in pronouns were not difficult to see when reading thru the news articles. Thankfully the police did not let this case go cold. It is a very sad, tragic case. Celina was only 11 years old. So young.

I agree with you Boston. One of many sad, tragic cases.

A win for the good guys!! 5 years! It gives me hope for all the murderers still walking around out there that think they got away with it.

I'll never forget this idiot, lying on the gravel driveway, kicking like a toddler throwing a tantrum! It's about time they arrested him.

Dabel, I don't know if it was true, but I remember the mother in a interview, right when it happened, saying that she was going to be getting braces the next week.


OT - Krista Perdue Missing Indiana School Teacher. Below is just one of her husband's statements:


"I honestly don't have anything to say," said Sam Perdue, speaking outside the couple's home Tuesday afternoon. "She's been missing since Sunday night and the Tippecanoe Sheriff's Department, those guys have been awesome. They've worked very, very hard. I can't thank them enough for their efforts. They've been great to work with. We just all want her back and back home."

yes rob i remember him doing that, lol. kind of similar as discribed by those who were there, of terry elvis' displays at his church when it comes time to ask for forgivness and all to pray for them.