Was Quentin Tarantino In Jail? 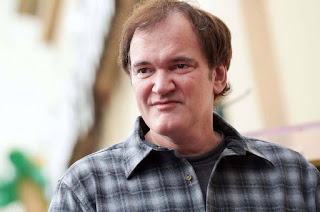 Quentin Tarintino is publicly in war with police saying "cops are murderers" and he is not backing down.  He said he knows how "scary cops are" because he did time in Los Angeles


Now, LA police are saying it is not true.

Here is what Tarantino said.  Can you know if he is truthful, or must records alone speak?


“Back when I was in my 20s and broke, I was a little scared of the cops, all right?  And oftentimes, I had warrants out on me for traffic stuff that I never took care of and everything, I’d get stopped, and I’d have to do eight days in county jail.”

You may note that the rule of commitment is:

a.  First Person Singular "I"
b.  Past Tense verb
c.  The specific detail given

Here we have a lengthy introduction first;


I was a little scared of the cops, all right?

The original claim was that people have every right to be afraid of police and he himself was afraid.  Now, he is "a little" and finishes his sentence with a question, asking if the listener, Bill Maer will agree, with "all right?"


And oftentimes, I had warrants out on me for traffic stuff that I never took care of and everything,

He still has not given us a straight statement of "I was in jail" yet .

Please note that percentages of lengthy introductions are closely associated with deception, as they show a delay of moving to a direct lie, which is rare and stressful.

I’d get stopped, and I’d have to do eight days in county jail.”

He does not use the straight past tense, but instead says what he "would" have to do....

"would" is commonly used in deception and "have to do" is unnecessary.

Tarantino in his "war on cops" is lying.  He was not in "county jail" but is speaking deceptively to persuade the public that he was, to further justify his anti-police stance.

The language is that of story telling or scripting.  It is fiction.

In his 2000 biography, "I went to jail about 3 different times" with the number "3" used, as well as "about";
Most people would consider going to jail a memorable event in life with no need to qualify the number of times.
Peter Hyatt as Statement Analysis Blog at 7:50 AM

In other real news, widow and orphan refugees protest delays in processing:

*In spite of my sarcasm, there is some good news as reports are accumulating that show Americans are simply not believing main stream media and are thinking for themselves, with the "refugee" crisis beginning to unite Democrats and Republicans for the first time in 7 years.

The Rape statistics that are either admitted or leaked show that the sexual violence, prescribed in the Koran, is being obeyed in epidemic numbers.

What frightens me is the backlash in human nature.

As the government continues to lie or deceive via suppression, citizens will do things they ought not, and will go beyond justice.

When 1 of 4 Swedish women are raped (the number is closer to 1 in 3), the absurdity of it is beyond comprehension.

I write a great deal about women sexual abuse and language.

Sweden is in the epidemic of rape and it is an ideology, not a race, nor even a religion. The rapists are from dozens of different countries, different races, clans, etc.

What they have in common is an ideology of supremacy that is a political, social and military ideology that would make the Nazis blush. The religious aspect is that in "eternity" they are rewarded with....rape.

The ideology of Islam calls for the rape of "kaffir" women. Their god uses it as a "reward."

We do that which we believe. This morning:

Jailed for traffic violations? Why is this a big deal anyway? So, he lied.

That is up there with people claiming to be victims of human trafficking to promote their charity. Is that where this is going?

I've heard people at the check-out stand make a joke while browsing the photos of those jailed: Just wondering how my photo turned out. Lol!

It could have happened-being jailed for traffic violations. Bet he knew lots who were, though.

"Jail" in 1970s 80s SoCal is a loose term. If CHiPs had a warrant out on you for a "fix-it ticket" that you didn't get fixed of failed to report fixed and they subsequently pulled you over, they'd hold you at the nearest station house in a "cell" until you forked over the 60 bucks. Deadbeats and teens (like myself) were always in the cells. Anyone who had 60 bucks or even had access to 60 bucks was never held. Happened to me 4 times between '71 and '75 in Ventura County...Doubt this racket still exists...

Peter: please use the Russell Williams' denial, then confession video as a SA learning template...

the point of the blog is to learn if he was telling the truth, regardless of the "loose term" (your words) on "jail."

Being held against his will, restrained, etc...he is deceptive. Whether it was a "cell", a "holding cell" or anything close, he is deceptive about the 8 days in whatever.

The language, not the LA County police, is the source of the conclusion.

If you think that changing it to "cell" will thus show the analysis conclusion otherwise, why bother asking for analysis for Russell Williams?

That is Dos, Peter. Do you not recognize the sound of his voice?

I was just commenting on SoCal cops circa 1970s . I too think he is being untruthful about actual "County Jail". Years after my "cell" incidents I applied to become a city firefighter and they did an extensive background check on me..."Have you ever been arrested?", they asked. "Yes", I said - the city then checked it out and came back to me and said, " there is no record of you ever having been arrested". QT was held, like me perhaps, but no way did he do county...

I am having a hard time learning SA - the examples, to me, are not clear. Russell Williams' denial/confession has everything (lies directly juxtaposed with truth) all wrapped into one video - excellent for for teaching SA - especially for visual learners such as myself.

Isn't that the colonel/pilot or something similar that snuck into women's homes and stole underwear and photographed himself in them. Later, he went on to murder, didn't he?

Ranks right up there with the guy in NY crawling through the bedroom with people inside carrying a knife in his mouth while robbing them. They never woke up.

Yes - He was a base commander/pilot in the Canadian Forces - even flew the Queen around when she was in town - Killed/raped a couple of girls and stole 1000s of underwear...

His interrogation is mesmerizing - I think a few snippets from the video would be an excellent SA leaning too. But that's just me.

The Rape of Sweden

It would be mesmerizing if you are doing the same thing, wouldn't it?

If that were really happening, wouldn't someone have already caught them?

Not sure what you mean...He was there for "informal and voluntary" questioning as he was a neighbor of one of the victims. He came to the police station to "help" the RCMP in their investigation. But the cops had some stuff up their sleeves. Like I'm hoping for in the Blackburn case.

about three could go as high as five, but not six. about three most likely means three times. roughly.

OT "Russell Williams' denial/confession has everything (lies directly juxtaposed with truth) all wrapped into one video - excellent for for teaching SA - especially for visual learners such as myself."

It has been described as a textbook example of successful interrogation. I heartily agree it would be great for Peter to do a post on it. I would have to watch it again to see if there were instances of linguistic deception in the early part of the interrogation.

OT to Peter's comments above.

I was reading an article in the Salt Lake Tribune about Mormons welcoming refugees and came across this comment by a local Muslim former president of the Islamic Society of Greater Salt Lake:


"The longtime Utah resident is not afraid of violence or physical harm, he said, as much as he is that his faith will be misunderstood and mischaracterized.

He and other Muslim leaders have made clear that the militant Islamic State group, or ISIS, does not represent Islam.

Hossain does not want to be "persecuted or have negative things said about him behind his back because he is a Muslim."

"Humiliation," he added, "is more damaging than if somebody harms me physically."


To me these comments speaks to the underlining dangerous ideology that Peter has been discussing. They are more afraid of their pride being tarnished, which, in their language, leads me to believe they will become violent to "untarnish" it.

3 is a liar's number

I have seen two of Quentin Tarantino's. Kill Bill Volume 1 & Volume 2. They were horrible, violent, did I say horrible? And this man wins awards because the crazies in Hollywood love anything that is bizarre. I see no value in what he produces. Violence, bloody, horrific disgusting. I'm not sure someone who lives in this type of mindset is all that healthy.

Why did I watch 2 of his movies when the first was so awful? I ask myself that question and cannot come up with anything that makes sense. I will compare it to seeing a train wreck and not being able to look away. I didn't pay to see them. It was while flipping thru the stations that I landed on it. And those were versions that were toned down because it wasn't a movie channel.

I'm not surprised that he is now lying to enhance / support his hatred of police. Quentin seems to have boxed himself into a corner and is trying to save face as he climbs out.

Peter, this link may be of special interest to you. In the state where students are getting rid of their teachers and taking over, where a govt. employee built the largest castle on American soil, and where the FBI had the public to decipher a note left in a dead man's pocket as if it were cryptic though he had no education. A major Black lives uprising in the state, and a Mormon elder accused of child porn a few years back. This is the place to watch in the coming year. Especially since the feds pitted 550 agents against 70 hillbillies over 1 year and confiscated arms and drugs. Yep! Watch this area for the next recruitment tactics.