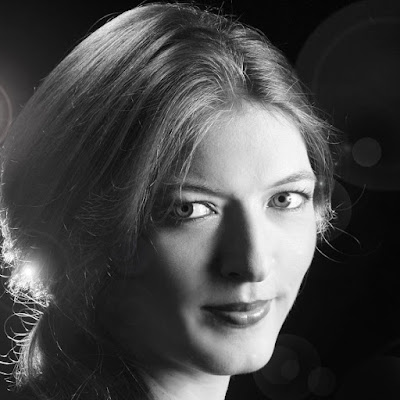 Reyna Braun reported that an otherwise healthy 24 year old Syrian refugee has been waiting on line for so long that he finally died.

Does she reveal herself?

This is translated from German, therefore, 'step back' and note such things as order of wording as indicative of priority.

Note chronology; emotions and dedication of number of words to topics.   Also note that I edited out the introduction, which was almost the same length as the following, which gives you insight into pace as well as priority.  Here is, first, an exert, which should be analyzed, but then the expanded context:


“…a 24-year-old Syrian, who has been queuing for days (waiting) on LaGeSo in freezing temperatures in the slush, by fever, chills, then cardiac arrest in the ambulance, then in the emergency room – DIED”.

So, is her name Bruns or is it Braun? I noticed it spelled both ways. Which is it?


OT:
New York trying to pass law making public urination legal.
Sounds like preparing for immigrants much?
Thanks to bho.
Why do any of us allow this?

I don't even know if I believe this article, or is this one of the few that would actually be worth keeping.

This appears to be an emotional and "desperate" post about the conditions Syrian refugees are being subjected to because of Germany's/Lageso's inability to meet the processing/housing/medical demands of the refugees.

I say she is deceptive because she negates her emotional and accusatory post with:

"... Maybe he had a heart disease not recognized. Then it was the fault and not the strains of lageso.

So if he died of a heart attack then his heart disease negates the problems she described, which means that things aren't as bad as she has reported.

My first question is who is she? You say she reports. Is she a journalist? A political activist? because that is how she comes off. Who is she aligned with, anyone? She speaks as 'we',  who is she speaking for? The Syrian migrant?

'local residents, we see'     is she a local? She associates herself with them?

Then the 'we' turns into 'they'

"...what are they doing here? Why aren't they in the bombs area? Why try to get out of the distance the situation of their family, to improve it, but if they are in the vicinity..."

Now the 'we' is back:
"The boy who now has died, has made it this far, and we - our state, our society, our country! - got him less than protected."

She uses 'I' once earlier:
While I write these lines, it is two blocks away merrily so on.

Until...
The line ending with "...got him less than protected."

First glance without pondering - She is deceptive

It turns out the story was made-up, but perhaps she believed it?

This is tough to read, even stretching back to three years of high school German with sentence structure. So much is mistranslated. But, I notice swapping of tenses within her story. She also states she eventually quit helping due to her own too frequent illnesses, then reports she was just there the previous Friday. She insists he was a "boy" at 24 -- that's some spin. Then, it seems the "boy" was diagnosed with heart attack, but is still alert and needs a translator. ?? I can't quite follow. Also someone is "still sick" but is allowed (or intends?) to stay with the 'dying boy.'

Then there are the repeated references to the "murdered child." That brings up a bunch of other questions for me outside of the heart-attack victim.

I think that is about as much as I can make of this.

Thanks, Hey Jude. So it is confirmed that the story is deceptive. If the plight of the refugees is so terrible, wouldn't there be no end of true stories to tell?

What are we doing all now??? What do we do? I'm crying here only and I am angry and so desperate... Because not even four or more miscarriages not even a " murderd chylde not even a 24-Year-old with fever and cardiac arrest of the now dead is will change anything. And if you after this human sacrifice change anything then we have all seen for months that this had to happen. But they're going to be from the responsibility winches. Maybe he had a heart disease not recognized. Then it was the fault and not the strains of lageso. Now everything is from the power never anyone good again!!!!!

I left out the article 'the' I started getting confused. I probably left something out. Following the pronouns is difficult enough but when you add articles to the mix... No, I don't believe her.

Oh shute
I missed your post Juliet. Thanks for confirming.

So she admitted she lied? It did sound kind of like a creative writing exercise.. But also like she has been traumatized or at least horrified by things she has heard of there.

It IS inhumane to leave people unprotected from harsh weather. Either don't overcommit in the first place, or follow it all the way through. Either way, do it DESPITE POLITICS. Otherwise it becomes farce, with human beings as casualties.

I think that was the intent behind her statement.

One of the biggest active stories in the country is the poisoned Flint Michigan tap water catastrophe. SA topic coming?

Kudos to m2m for being able to decipher the translation. If it wasn't for the last paragraph I wouldn't have been able to apply any analysis.

The link to the Daily Mail implies that the fabricator of the story is a male immigration worker by the name of Dirk V?

I can't imagine your own govt not protecting you.

Amazing how little coverage there has been about it. I just saw a Facebook post on it but never heard a word. How is there not charges and arrests over this.

Makes me so mad

Yes - the fabricator is Dirk Voltz. From the Facebook translation, Reyna appears to have had a conversation or exchanged messages with him - she asks shall she come to the hospital, Voltz says the boy has just died. I think she has been taken in by his story, rather than that she intended to be deceptive herself? She volunteered for a time, but not for a while, finding it too difficult, and somewhat frightening - but that's maybe how she knows Voltz, and he has used her to put out his story. Maybe, I don't know - it's difficult to work out in poor translation.

She seems very sympathetic to the immigrants She is the first account I have read of someone who has worked closely with them to express any sympathy.

Oh, I didn't understand that she was working in Syria, not in Germany.

Also, she calls the 24year old that died a child. She says (I think) that she had to leave because a she is a professional singer, and had a week long cold.

I really can,t make heads or tails of this account.

I cannot tell what her agenda is.

CHARLOTTE, N.C. -- A judge has denied an appeal by the adoptive father of Erica Parsons.

Sandy Parsons was denied his appeal by a judge. Parsons is serving an eight-year prison term after he was convicted of fraud.

Sandy and his wife, Casey Parsons, were convicted of collecting benefits for Erica Parsons after she disappeared.

Sandy and Casey Parsons are the adoptive parents of Erica Parsons, who was reported missing July 30, 2013, by her adoptive brother. Family members say they have not seen her since November 2011. The Parsons lived in Rowan County.

''She is the first account I have read of someone who has worked closely with them to express any sympathy.''

Wow! Really? I guess you find what you look for. I would say it's the opposite, IMPOSSIBLE to meet people face to face and not feel huge compassion for them. Facebook is full of support groups and many accounts of absolutely inhumane conditions and treatment, from people who work directly with refugees. I was in Kos for three months working with a Greek volunteer group (oh alright then 12 weeks Sept 13th to December 19th!) and I saw a lot of human suffering. Probably only a tiny glimpse of the suffering undergone, but enough to no longer be able to close my eyes to the suffering out there in the rest of the world.

I don't consider the Daily Mail credible at all. They are well known in the UK for whipping up hatred against all kinds of groups, especially immigrants. What a shame you don't SA them Peter. I don't believe their article about asylum seekers in Scotland, given that I worked with people every day without being sexually harrassed or told to cover myself up. They seem to scour the net to find racist memes and then try to find a ''story'' to hand them on. Kos was full of journalists looking for the 'lazy economic migrant' story, ''they're all men'' story ''they have money'' story ''they fight among themelves'' story. Disappointing for them to see solidarity, compassion, orderly queues! But it's amazingly easy to distort the truth by what is left out.

The real story which they don't report any more because it's too frequent is ''the dead baby'' , story, the ''ship went down and everyone drowned'' story, the terrible, terrible stories of all the thousads of individuals desperate and crazy eough to risk their lives to get to Europe. The ''who caused the war' story is not popular either. Neither is the ''9/10 deaths in Syria caused by Syrian govt, USA and allied bombing'' story.

Peter should stop his nonsense about Europe and the rest of the world before he loses all credibility. I thought the essence of Christianity was ''love they neighbour'' not a tribalistic hatred of other religions. As for selectively analysing people from groups whose lifestyles you already have issues with (gays, lesbians, Blacks, liberals etc lol) it makes you look very biased. Bush has lied, Rumsfeld has lied, they all lie...

Are there cultural challenges? Yes. Is it going to be difficult for people to integrate? Yes. Will some people who get in be criminals? Yes.

Should be still help? Yes, a thousand times yes. Better by far that others who don't share our values test them than that we abandon them out of selfishness and fear.