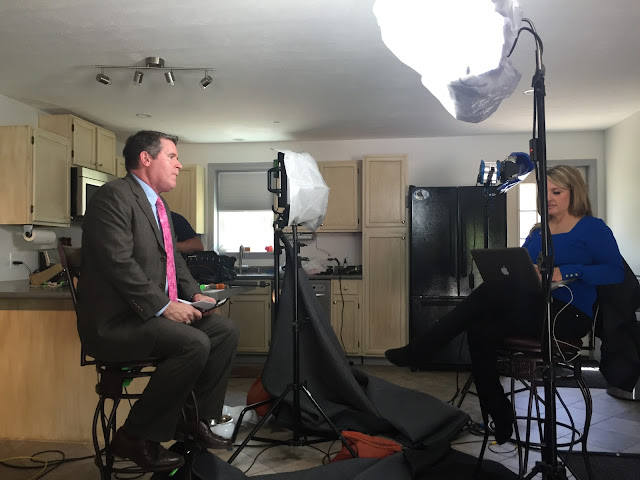 What is "Mickey Mouse" analysis?

This is where basic teaching is done with references to statements and cases that are entertaining.


In live seminars,  we often have spectacular moments in analysis,  where the audience laughs heartily, or is stunned by a finding.  In this sense, it is entertaining.

"Entertaining" has a distinct emotional response.

What does this mean to learning?

Similar to "narrative instruction", it means the subtle brain chemistry change enhances learning.  It is, in this sense, a "memorable" lesson because mnemonics is enhanced by the elevation of hormonal response.

Statement Analysis "101" is necessary.  In order to reach the level of 100% accuracy, a strong commitment to principles must exist.

What about "Celebrity Analysis"?

This is where a celebrity says something and the analysis is used for instructive purposes.

Is this beneath the dignity of Statement Analysis?

This was the opinion expressed by a talented analyst who had chosen to not use such examples in training or in articles.  Her reasoning of such was that it was best to stick to crime and not to trivialize our science.

It is more than just a missed opportunity for learning, but it is a critical error for Advanced Analysis.

A number of professional analysts have enrolled in the Advanced Course.  These are analysts who, in some cases, have taught Statement Analysis for many years, while others have used it in active investigations.

None was permitted to enroll in the Advanced Course without the "Complete Statement Analysis Course", however.

To date, each has affirmed the wisdom of such.  They have stated that they would have been lost and understand why I had to refuse to sell the Advanced Course.  It is based upon the principles and application of the Complete Course.

It is to "speak one language" and to follow a system that is logically built from each building block.  The one thing I cannot give even the most talented professional is time.

One particularly talented and relatively new analyst recently pointed out that he was concerned he was stagnant in his growth.

It is that his learning curve has been dramatic and he has done "all things well" in learning, considering, seeking and applying the principles learned.  He is ready for an entirely new level of growth now.  He expressed what others before him have, just prior to the new and deeper level of understanding.

Celebrity Analysis--which is a nick name for analyzing the words of celebrities is critical for later work of psycho-linguistic profiling.  It is vital in Employment Analysis, where more and more companies are relying upon deception detection, content analysis, and profiling to get to the truth about prospective employees.

The government has severely limited employers in what questions they can ask.  Statement Analysis gets to the truth of the pressing issue, without breaking the law.

A company would like to know if the prospective new hire is going to steal. Dept. of Justice said in 2001 that 40% of those who stole from companies planned it in the hiring process.

This does not include exploitation theft, which is popular and successful today. It is where an employee fraudulently claims to have fallen or been discriminated against.

Statement Analysis can often spot this before the applicant is even interviewed. It is found by careful advanced analysis where the "missing information" is identified as motive.

Those who intend on "falling" or being "discriminated against" will have this thought in mind and attempt to conceal it while writing or being interviewed.

This is where we catch them:  before they damage your company.


A company would like to know if the prospective new hire is going to use cocaine in the bathroom on his break and then tag the company for a small fortune for private rehabilitation services.
A company would like to know if they are hiring Harvey Weinstein who is going to harm female employees, trigger lawsuits and possibly destroy the company's hard earned reputation.

Politicians have made it so that companies are not only restricted from asking direct questions, but Human Resource professionals are terrified by seminar after seminar in which paid speakers tell them what questions they can''t ask and add them to the long list of questions they can't ask that is already amassed.

Celebrity statements are entertaining in seminars where professionals must maintain a very high level of alertness for many hours.  They allow us to take a sample in which most, if not all, the class is familiar with.

Celebrity statements are no different than criminal statements in which a case is widely known or "viral."

Casey Anthony, OJ Simpson, Michael Jackson, the Jonbenet Ramsey case, the Maddie McCann case, and so on, are all examples of criminal activity that became widely known in the "celebrity" like status.

Human nature does not change when someone reaches stardom in Hollywood.  The money and fame serve to bring it to the surface.

Analyzing statements, no matter the source, is to not only practice your craft, but to increase your skill.

If your goal is a minimum of "10,000 hours" towards expertise, use every statement you can.

We design a specific format for your Human Resources that will spot deceptive prospective employees before you interview them.

We also submit a report for each applicant to be interviewed, including a list of questions that need to be answered.

We save businesses not only money, but the stress and heartache of deceptive employees who ruin reputations.

We can train your business, or work directly for you, with a team of professional analysts who will submit reports that are plain, easy to read and will guide your HR expert in the interviewing process.

You will then see not only a reduction in turnover, unemployment costs, and a decrease in shrinkage, but you will see morale increase as the "best and brightest" applicants are identified.

Contact hyattanalysis@gmail.com to schedule a meeting at your place of business.

For law enforcement hiring, the psycho-linguistic profile will eliminate those who later bring grief to the public you serve, and destroy the reputation of law enforcement nationwide.

We can do this work for you, or we can train your nominated officers in specific Law Enforcement Employment Analysis.

In our ongoing monthly live training, those with professional license requirements, we are approved for Continuing Education Credits via the University of Maine.  This is a nation-wide accreditation.

We hope to finish new courses for 2018 including:

Seminars for Law Enforcement include 1 and 2 day training.
Advanced Seminars for private corporations.

Speaking Engagements for Peter Hyatt are limited. Companies and business organizations interested in fascinating speeches on deception in hiring  contact hyattanalysis@gmail.com for information, availability and rates.

I find myself (trying) Statement Analysis on celebrity interviews. I have not watched many recently since all the Late Night shows are mostly insults to republicans.

Last night I watched about 10 minutes of Stephen Colbert. He was interviewing some actor named Andrew Garfield. I won't share what I gleaned, but I found it valuable because Garfield appeared to be trying to be careful about how he spoke. This made me curious, so I watched and ended up with a conclusion. I can see how there is value and fun SA'ing celebs and how it would give something different to work on besides just case work.

Everything is politicized with "identity politics" which has divided not only our country, but the world.

Learning is facilitated by using as many senses as possible- perhaps entertainment helps in the same way, by engaging a second part of the brain.

One other type of 'theft': Accidentally hiring a 'bad' employee whose disruptive behavior causes havoc and causes other employees to lose job focus. This person (sociopath??) may use 'discrimination' threats to keep the job and the paycheck. The employer would have let said employee go soon after discovery, but keeps them on for fear of a lawsuit- yet loses the good teamwork of 10 other employees due to constant discord from 'bad' employee. (way more expensive than loss of a few shop tools or a computer...)

That is the analysis Im leaning to the most, celebrity analysis is my interest. Maybe because I write for an entertainment website and also you learn a lot about people's personalities as well as your own. Also, it is relatively easier, by easier I mean there is less emotional volatility involved analyzing celebrity statements compared to analyzing a missing person case, racism, abuse, etc.

Peter, I would like to ask. Have you considered analyzing / or have someone asked for help analyzing online dating statements? or statements made in a date perhaps or a relationship?

I remember I made a comment here about an ex I had which I described as an emotional serial killer because he was a pathological liar. I use the principles you describein your blog to help me no longer be involved with anyone similar. But I wonder if I am overanalyzing.

Also, when someone says something about themselves I believe them now. The emotional serial killer ex i had told me 'he is not good for me' - and I didnt believe him. But it was eventually true which i found out the hard way!
So when someone told me his coworkers described him as an "arrogant son of a bitch" and that 'he was mean to people who are rude to him' by mean he said "I make them feel stupid", I bolted out. Which was kind of sad as I really liked him.

Peter, how do I know if Im overanalyzing this or am I correct in deciding that these are indeed danger/red flag signs???
Please help?