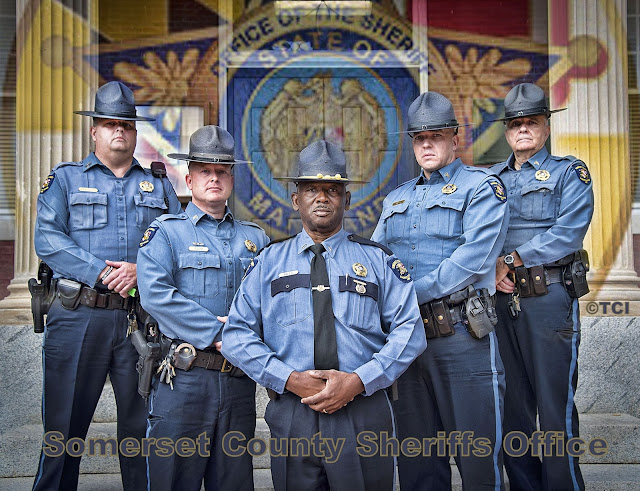 Lorenzo Miles is a talented analyst.  He is also an inspiration to other analysts, as he enrolls in every training possible, tackles each one with demanding enthusiasm, and seeks excellence in service to the public.  He embodies "protection and service" in seeking justice.

When the language leads him, he will fight for justice for the innocent, the falsely accused, and for victims who may not be believed.

When presented with a new statement he is "a kid at Christmas" and in spite of his almost 30 years of experience and his vast wealth of knowledge, his humility is such that he embraces correction as if it is a gift.

Upon retirement, I anticipate Lorenzo having an entire second career in Statement Analysis.  Should he be permitted to devote full time to this work, there is no ceiling of success.

December 1, Lorenzo will be undergoing surgery to remove a tumor from his pancreas. 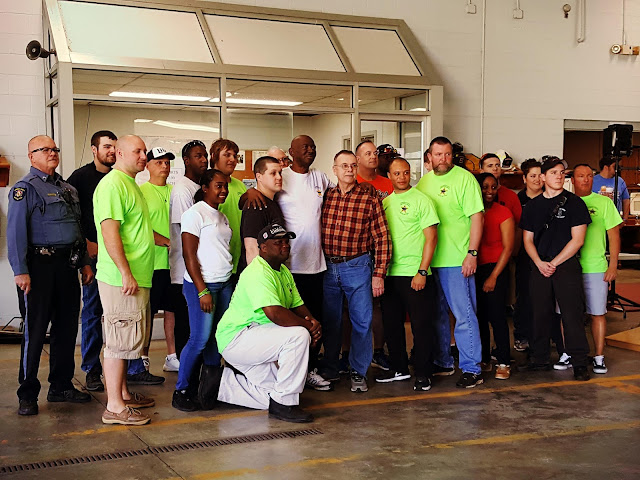 Would you pray that God will be merciful to him, his family and to the society he serves, and grant success?

Lorenzo is worthy of our prayers.

Here is a short profile of Lorenzo to give you insight into his character.

He posted this photo of his night stick collection. 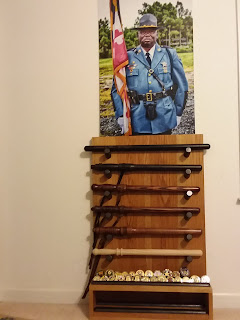 What did he write about it?  His own words reveal his character:

Lorenzo Miles In over 28 years of service I have not use night sticks or batons to effect an arrest, thank God.

Hence, a public servant who does not need to coerce citizens to respect him; he respects himself.  He offers public thanks to his God for having being able to handle difficult and dangerous situations without the powerful force of a baton.

Law Enforcement deals with elevated hormonal response every day of their lives and it can take a powerful toll on the immune system just as it can on the mind and heart.  It is similar to the impact of found in post trauma, except it is low level and it is incessant.  The trauma's rise in hormonal levels does more damage than we can currently quantify.  When natural strength declines, those subject to 30 years of "high alert" can suddenly encounter depression, anxiety, suicidal ideation, self medicating with substances and so on.

What this country recently gave them was to make their own sacrifice far worse.

We saw eight straight years of war on police, which was a war against youth, as youth were taught how to hold authority in contempt. This sets up youth for failure as disrespect spreads across boundaries, from parents to teachers to employers to police.  We saw the war on police ignore statistics and malign truth, instead embracing deception that fit political narrative.  Politicians cleverly exploited voters, while demonizing those who they count upon to protect them. We saw a country where citizens were no longer "American" but were divided into small tribal distinctions, particularly on race.

Politicians won, but we lost.

Men and women in law enforcement are exposed to harm daily, are under paid, and now targeted by those who lack the discernment of knowing truth from deception.

This is never so evident as when a racist exploiter is in danger and after spending energy condemning law enforcement, picks up the phone and calls for help...

from law enforcement.  When police arrive, the exploiter does not care about the pigmentation of skin; only about his safety.

Please pray for a successful surgery and a quick recovery.

Perhaps Lorenzo can be persuaded to write a guest post from one of his cases.

I have one in which his profile matched, to the word, the findings of a psychologist.  Lorenzo worked solely from the victim's statement, while the psychologist had done extensive interviewing and testing.

His learning is immense.

Peter Hyatt as Statement Analysis Blog at 11:15 AM

I pray for Lorenzo Miles' continued courage and strength and that of his loved ones in his time of need. I ask you for your healing light to surround and protect Lorenzo Miles. I pray for his surgeon’s skill and expertise to help Lorenzo Miles today and during his time of recovery.

Lord, I humbly pray you will lay Your healing hands upon Lorenzo. Be with the doctors, nurses, and all who will be providing him the medical attention he needs. I pray for a successful surgery and that the entire tumor would be removed with no residual remaining. I pray for strength for his family and friends as they provide care and comfort during recovery. Lord, I also pray that you would allow Lorenzo's faith in You to continue to be a powerful witness to those who do not know You.

I send my best to Mr Lorenzo Miles and his family. I pray for a speedy recovery to you Sir.

I will send positive thoughts to Lorenzo and his family for a speedy recovery and a long life.
My thanks Lorenzo for your service.

@ Shelley,
Yeah. They are one big happy family. All timed so as not to bring "suspicion" upon their union

I will light a candle for Lorenzo, and look forward to his guest post.

He may appreciate the kind words posted here after he comes out of surgery today. It may be quite an encouragement.

Thank God for men and women like Lorenzo Miles who answer their call to duty.

Prayers for Lorenzo and his medical team.

Dear Father,
I pray that you would oversee Lorenzo's surgery today. As the Great Physician, please give his doctors and nurses any skill they may lack, and make the surgery successful, with no residual cancer cells. Please help him recover quickly and fully.

Thank you for Lorenzo's witness. I pray that he will be a light to those around him in the hospital and after he is released. I pray for those who will care for him at home.

I ask this all in the name of our great and mighty Savior, Jesus Christ. Amen

Peter, please post updates for Lorenzo when you can.

Lorenzo is doing great. Thanks so much for your prayerful approach to hos speedy healing.

Lorenzo feels like a new man, and should be back here analyzing shortly. Thank you for uplifting him in prayer.

No surgery; they are going back to chemotherapy again.

Keeping LORENZO, His Family, and Friends (In BLUE, too)
In my THOUGHTS & PRAYERS!

May The Treatment(s) CHOSEN, To provide Lorenzo with the best, and most successful outcomes - Along with the SUPPORT, and Strong 'WILL & WISH' of Those providing such Help, Assistance, and Prayer, etc. (Both, Near & Far!)
Alongside of Lorenzo's own DETERMINED Will, Strength, and continued 'Want' to Protect & Serve! (Albeit in a 'Different' capacity! Technically 'speaking' ;+) )
May these combined, and coming 'Together'!
Bring RENEWED & Total HEALTH!
To HIS Body, Spirit, and Mind!

Thank You, and God Bless.

I'm lighting a candle for Lorenzo Miles tonight. I'm asking the Lord to surround him in His warm healing light. Blessings to Lorenzo Miles and his family. Amen

My heartfelt prayers for a successful surgery and recovery, Mr. Miles. I ask that the Lord put his hand on you and your family during this time. Amen.

Good. No surgery. I pray that the chemo is successful and you handle the chemo well, Mr. Miles.

WESTOVER, Md. - Christmas cards at the Somerset County Sheriff's Department have a whole new meaning. What is usually used to greet loved ones during the holidays, now serves as inspiration and strength to keep fighting.

Through Christmas cards, the department has been rallying behind one of their men in blue, Lt. Rennie Miles.

"I describe him as brother from another mother, we are extremely close friends," says Sheriff Ronnie Howard.

"It was heartbreaking when we found out about it. When I received the call that he had cancer my first question was what can we do for him, what does he need, what does his family need," says Sgt. Jonathon Todd.

In an effort to cheer him up, the department made a Facebook post, calling on the community to send Christmas cards to Lt. Miles to brighten his spirits. Little did they know, the outpouring of support he'd receive.

"He received cards from all over the continental U.S. and even some from England," says Sheriff Howard.

This year the department is back at it again. Since his diagnosis, Lt. Miles has been in and out of work, while at the same time undergoing treatment and procedures. The department wants to remind him that they will continue to be in his corner once again collecting Christmas cards for him.

"We would like to see people sent him as many Christmas cards as they can…it will lift his spirits up tremendously," says Sheriff Howard.

If you would like to send a Christmas card to Lt. Miles you can mail it to.

Warm thoughts and a prayer for Lorenzo.
Wishing him the best in a tough one to beat.