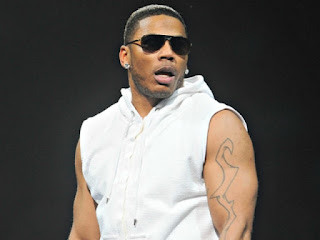 Scott Rosenblum is the attorney for Cornell Iral Haynes Jr., who was arrested about 4:37 a.m. Saturday in his tour bus at a Walmart, Auburn police reported.

This is his statement.

“Nelly is the victim of a completely fabricated allegation. Our initial investigation clearly establishes this allegation is devoid of credibility and is motivated by greed and vindictiveness. I am confident, once this scurrilous accusation is thoroughly investigated, there will be no charges. Nelly is prepared to address and pursue all legal avenues to redress any damage caused by this clearly false allegation.”

We look for linguistic strength within a denial.  "The allegation is false" and "we will purse legal means of redress" is an example of strength.  It is short, with no need of persuasion, and no qualifications.

The statement is made by the attorney, Scott Rosenblum; not by the accused.  Therefore, we not only seek to learn the strength, but we recognize that a defensive posture is going to be different for a representative rather than the accused.

When an attorney addresses an allegation, we are often given insight into what the attorney, himself, believes.

Let's look at the statement broken down:

“Nelly is the victim of a completely fabricated allegation. Our initial investigation clearly establishes this allegation is devoid of credibility and is motivated by greed and vindictiveness. I am confident, once this scurrilous accusation is thoroughly investigated, there will be no charges. Nelly is prepared to address and pursue all legal avenues to redress any damage caused by this clearly false allegation.”

Where the statement begins is always important to the writer:

"Nelly is the victim"

What does this reveal?

Attorneys insist that their clients do not speak, but do not follow this advice.

In Statement Analysis, we recognize that each person has an internal dictionary that is subjective, with two exceptions in the English language:  pronouns and articles.

Pronouns and articles are 'pre-thought' or instinctive.   When someone is recalling an event in life, he knows if he was alone or with others.  He does not stop to ask himself, "should I use a singular or plural pronoun?" instinctively.  If he does stop to ask himself this, it is because he has a need to deceive.

Once "man" and "gun" were introduced, the article changed to
"the."

When this is confused, we are looking at deception:

"The man pulled the gun on me.  A man stuck a gun in my back and asked me for money..."

What did the lawyer say about his client, Nelly, being a victim?

1.  He did not say "Nelly is a victim" of a false allegation.  This would be an appropriate introduction.

Instead, he jumped to "Nelly is the victim" which subtly acknowledges an existence of victimhood even though he has not introduced it.

In fact, "the victim" came before he introduced "fabricated allegation."

This is not only a point of weakness, but a distinct insight into his thinking.

2.  We continue to listen for strength:

What is Nelly "the" victim of?

The fabricated allegation is now made sensitive to the lawyer.  This is weakness point # 2 in the analysis.

By this unnecessary word, he "defends", not his client, but his firm. "Initial" is a dependent word, meaning it reflects another word.  It does not work in communication unless the author is thinking of something else.  In this case, he allows for subsequent investigations possibly showing a different conclusion. It is to acknowledge that they may not have all the facts.  It is unnecessary to state unless...

it is necessary for him to protect himself and his firm's reputation.   This is weakness # 3.

4.  Their initial investigation did not establish this allegation as false but:

"Clearly" is a word of persuasion and is also unnecessary to use unless the author has a need to persuade. This is weakness #4.


5.  allegation is devoid of credibility instead of "untrue" or other singular words of strength such as "false" or "fabricated."

"devoid" is to enter the negative; that which is lacking.

6.  The need to assign motivation is also a signal of weakness.  Yet its description is divided into two parts, with the latter very likely why the statement began with the word "victim."


and is motivated by greed and vindictiveness.

It is not a case where a woman claimed rape to exploit, but he goes further than just motive, but to demonize the alleged victim.  "Vindictive" is an emotion of anger and hatred in which one wants to exact emotional revenge.

This now becomes another point of weakness in the statement bringing the total of weak elements to 5, though argument could be made over the need to assign motive, itself.

He now lets us know that his client did something to the alleged victim that provoked the need for emotional revenge.  Perhaps this is why he addresses in the plural.

7.  "I am confident, once this scurrilous accusation is thoroughly investigated, there will be no charges."

Here we have a change from the plural to the singular, which should cause the analyst to take notice:  it is a point of strength.

"I am confident" is to begin strong, but he immediately betrays this strength by the need to

By using "thorough" in investigation is to possibly inspire police investigators just as "initial investigation" revealed weakness and he suggests that there exists the possibility of attendant crimes does.  One might question the wisdom of such but it does give insight into his combative stance here.  Remember:  he, personally, is not accused.  Yet, "initial" investigation is a self defense word in context.

Calling it a "scurrilous" allegation is unnecessary "need to persuade" which is weak point #6 and the unnecessary qualification of an investigation as "thorough" (presupposing that police would do a poor job, a hint into his possible defense, along with portraying his client as "victim") is weakness point #7.

8.  Nelly is prepared to address and pursue all legal avenues to redress any damage caused by this clearly false allegation.”

Although it is unnecessary to tell us what Nelly is prepared to do, especially since this has just happened, it is the "false allegation" that he has yet another need to qualify as "clearly false" rather than "false."

This is point #8 of weakness.

The lawyer has confidence in his own abilities, but not in his client's innocence.  The use of "the" victim, rather than Nelly being "a victim" is insightful into his thinking.  "The" victim is to not identify that a victim exists, but to discern Nelly from the alleged rape victim:  it comes very close to an embedded admission.

He is not confident that his client didn't rape the alleged victim.

Had he laid out arguments first, and then claimed his client to be "the" victim, would, in the least, introduce some form of victimization first before using the label.

He begins with victimization.  This is not expected.

It shows the weakness of persuasion.

He also signals that other crimes may have taken place during the event.  This statement, if police had not uncovered attendant crimes, will cause them to now look deeper.

He also signals his strategy:  portraying his client to the public as a "victim" and he signals his willingness to aggressively demonize the alleged victim.

Regarding "rape", he does not strongly commit to his words of innocence.  He has a need to persuade that belies the psychological "wall of truth" we hear from an attorney who does not doubt his client's de facto innocence.

The seven points of weakness are akin to someone saying,

8 uses of "very" is 7 too many and tells us how terrible the marriage is.  The "need to persuade" indicates weakness.

"Credibility" is an important word to note.

This suggests that the defense strategy will include attacking the credibility of the accuser, as generally people, rather than allegations, are seen as credible not not credible.  He not only will go after the 2 motives his assigned to her, but the latter, her vindictiveness, will be personality centered.

If you wish for training in deception detection, please visit

See what others are saying about our "Complete Statement Analysis Course" for law enforcement and private citizens.

Even for those who do not wish to pursue accreditation, the learning of Statement Analysis is useful in every day application and personal growth.

In knowing if the "electrician is padding the bill" to discernment of personal relationships right up to reading of corporate media's use of propaganda and deception, being able to detect deception has endless uses in life.

Peter Hyatt as Statement Analysis Blog at 11:28 AM

But not once did the attorney say, "Nelly did not rape [accuser's or alleged victim's name]."

Sounds like the attorney is black, too. Is the rape claimant black also?

MODEL Chloe Ayling failed to tell police her kidnapper was armed, it emerged yesterday as doubts continue to grow over her story.

Mum-of-one Chloe, 20, claimed she was snatched from a studio, injected with a powerful drug and then bundled into the back of a car after turning up for a fake photoshoot.

Two men are in custody accused of the bizarre abduction but eyebrows have been raised by the fact she also went shopping with her captor and lied to police about it.

Now it has emerged that in interviews following the abduction she claimed her attacker was armed with a knife but in her police statements — which The Sun on Sunday has seen — there is no mention of that.

Polish brothers Lukasz and Michal Herba are in custody accused of snatching her from a Milan street in July and holding her hostage for six days before releasing her.

Michal is facing extradition from Britain to Italy but his lawyer has already suggested the plot is a "publicity stunt” and a "sham” that has ”duped” the Italian police.

In August in an interview with a national Sunday newspaper for which she was paid several thousand pounds she claimed her kidnapper was “armed with a knife”.

Earlier this week when grilled about the snatch by TV host Piers Morgan she again said her kidnapper was ”armed” but she made no mention of a weapon.

The 71 page dossier The Sun on Sunday has seen includes three separate interviews with Chloe made during a 12 hour questioning but at no point she says her attacker was armed.

Further doubts are also expected to emerged today in a French TV show which has revisited the village where she was held and spoken to locals who say they saw her laughing and joking with her abductor.

Yesterday Chloe, from Coulsdon, South London, was unavailable for comment but her Italian lawyer Francesco Pesce insisted her story was true.

I'll take that as a no

Does he read this blog?

This should be interesting if he or his Lawyer make a statement.

By focusing the statement on the "allegation" and not the incident itself (Nelly's personal actions and personal conduct) the attorney can keep the focus superficial and directed on whatever he wants to characterize the accuser as being. So the statement isn't about Nelly's actions as it relates to the victim, it's about the victim's character and trustworthiness. Irrelevant as to whether Nelly did or didn't do what he's accused of but good tried and true misdirection!

Nelly brings girls on stage and fondles their hair in a creepy way. Same MO every time.

The last one you can see how scared and uncomfortable she is.

Peter, I am interested in your thoughts. Is there any validity to this?
http://www.cnn.com/videos/health/2017/10/09/sexual-assault-rape-victim-brain-animation-orig.cnn