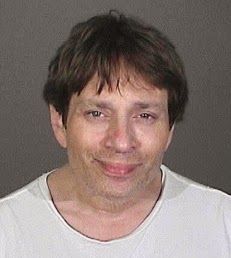 After a DUI arrest, Chris Kattan said the following.  What do you see within his statement?


“Mine was driving after I had taken Ambien, which I took as I have a fear of flying. It was still in my system after I landed, and while I was driving home, I was in an auto accident. I take full responsibility for this, and am now working with a private substance therapist to deal with my Ambien usage, which helps alleviate my fear of flying. Ironically, Ambien is used to help people sleep, but for me, it was a wake-up call.”
Peter Hyatt as Statement Analysis Blog at 7:55 AM

He's diminishing his impaired driving by excusing his use of Ambien based on fear. I don't view his statement as taking full responsibility at all.

He repeated his fear of flying which indicates sensitivity. He weakens his action of taking responsibility by adding that he's working with a substance abuse therapist and he doesn't state that he's going to quit using ambien. He knew that ambien is used for sleep yet he still drove under its influence. He doesn't take responsibility for causing the accident, he only says he was driving and was in an auto accident, the way he words it makes it seem like he was a victim and lessens his role in causing the
accident. I think he uses ambien more than for treatment of his fear of flying.

I take full responsibility for this, and am now working with a private substance therapist to deal with my Ambien usage, which helps alleviate my fear of flying.

Ooops oh where, oh where can that dropped pronoun be?
A pronoun, a pronoun, i do not see.

I wonder if his fear of flying is related to him feeling 'spaced out' after taking his ambien?

The substance therapist comment is a tell all as Ambien is used as a withdrawal help aid.

When we find the word "with" in a sentence used between people, it is a signal of distance. I went to shops with xyz. The distance between "I" and "xyz" are as far apart as possible. Although the person went the shops "with" xyz they may not have necessarily wanted to go.

Given that he uses the word "with" (Distancing language) in terms of seeing a therapist and the dropped pronoun, i wouldn't be surprised if it doesn't last that long in therapy, if he is going at all.

Maybe he needs the drug for a legit purpose. And he started a using it. He took responsibility. He was obviously not sober. He's not lying. What's sensitive is the issue. He abused it and it caused the accident. His fault.

No need to quit the ambian just take cabs till its out of system. problem isnt the coping with fear of flying its the choice to drive while impaired. plenty of cabs. and ya hes not getting substance abuse treatment for fear of flying.

He weakened the statement by including the unnecessary word "full" when taking responsibility.

Off topic but here's some of same stuff we deal with now but from the 50's involving Errol flynns rape trial. Interesting statement analysis.

OT:
I looked for the transcripts of the Dr. Phill shows with Julia and Cody Cummings but couldn't dig them up. Two children with blunt force trauma injuries supposedly die in their sleep within 12 weeks, the mother and her current husband won't take a poly, and the husband's mother claims there was no autopsy and it was made up. This is one we are going to want to follow. The mother dropped pronouns and used we at unexpected times. The husband said very little on the second show, the one I watched.

All his statements are in passive voice. I makes it seem as if everything happened to him and nothing was his fault.

GeekRad: I am following it as well. I am from the Springfield, MO area and worked in Republic for a long time. I'm so frustrated that no charges have been filed. I knew they wouldn't take the polygraph. There were so many points of deception it is crazy. I hope they do exhume the bodies and prove it was abuse.

I think it is appropriate to use "with" when saying "working with a therapist" (etc). There should be some distance between patient and doctor. If he said "my therapist and I are working together on my issues" I would suspect that he has an overly intimate relationship with the therapist.

Agree that the poor decision was to drive, and agree that he may have other substance issues. If I had done this I would admit to a bad decision but I don't think it would occur to me to see a substance abuse professional. At most I would see a psych for the fear of flying.

Kattan seeks to seperate his DUI from other DUI's (alcohol or recreational drug use related) by stating:

"MINE was driving after I had taken Ambien, which I took as I have a fear of flying. It was still in my system after I landed, and while I was driving home, I was in an auto accident."

Although he claims to take 'full responsibility', he attempts to explain away what took place. He presents the situation as if he did nothing wrong or irresponsible, and the meds just happened to still be in his system when he had an auto accident.

Why is he seeking substance therapy if he only takes the drug occasionally to alleviate his fear of flying?

Also, I would not expect Ambien to be prescribed for that purpose. Ambien is a sleep aid, it's not for anxiety.

He says it was still in his system, not that it was actually still in affect.

GeekRad, that link won't open for me. What is the name of the FB page? Thanks.

"I am working with a therapist..." may or may not be a current therapist.

"My therapist and I are working..," would show a therapeutic relationship.

@Skeptical, you indicated that his statements were all in the passive tense, and that was an indication that everything happened to him and it was not his fault. I have questions:

1. I don't think his statement about working with a therapist is in the passive tense:

"I take full responsibility for this, and am now working with a private substance therapist to deal with my Ambien usage"

I do notice he dropped the 'I' pronoun, but how is the statmenet passive?

2. Could this not just be about the situation? Depending on the line of questioning, they could be asking about what happened ... the incident in the past, in which case speaking in past tense makes sense. Now if the questions are about what you are doing to resolve your problem and he speaks in the past tense I get that, but would not the questioning and the context of the question have some relevance to his response and the interpretation of his response?

I am watching the Dr.Phil show about this issue now, I am totally convinced that this (monster) named Cody killed these children and the mother was just so out of it on prescription drugs that she didn't even know what was happening .I find it very strange that the kids were fine until this man cody came into the picture, I believe he befriended the mother after seeing her alone probably several times and decided to move in on her and her children, the mother was on the rebound and vulnerable and he saw that as her weakness, he just looks like a serial killer to me, I hope that the authorities will find what the need to arrest him, I actually believe that the mother is innocent and just really dumb and nieve!

I am reading the entire blog from beginning, i would like to add some thoughts for anyone doing the same, but and has the same questions as many posts here, but were not answered.


“Mine was driving after I had taken Ambien, which I took as I have a fear of flying.


"which i" in this instance is used as "because" aka the highest level of sensitivity. He's explaining why his "mine" happened, and since it starts with "mine was" we know he was not asked why, but what.


It was still in my system after I landed, and while I was driving home,


I was in an auto accident.


This is passive, He caused am accident by deciding to endanger everyone driving on the same streets. Then after causing on accident, he leaves out if anyone was involved or hurt. This is the same language used when getting rear ended. With mr. Ambien it just happened.


I take full responsibility for this, and am now working with a private substance therapist to deal with my Ambien usage, which helps alleviate my fear of flying.


Passive, but he owns his full responsibility... But we must notice, it is only for "this" which is probably only the involvement in an auto accident.

Notice also the dropped pronoun and repeat explanation when he gets to his treatment.

This is very sensitive, as is his use of "which" as he uses it to explain AND REPEAT why, making this sentence the most sensitive in the statement... Why?
We already know his ambien usage is sensitive. Why would a sentence about "dealing with" it through a "private substance therapisit" be so extremely sensitive?
The term "private substance therapist" is minimizing. The only people who need help with a substance, are those addicted to one.
Those needing substance abuse help Usually need jail and/or rehab.

Not to mention, If he is seeing a therapist, why not deal with his fear of flying instead of ambien usage?

He is minimizing the fact that he needs professional help with substance abuse and not fear of flying...


With so many sensitivity indicators in this sentence, added with the minimizing of needing substance abuse help...and a "cluster of blues" we get us a good ol fashioned:

DECEPTION INDICATED
But we ain't done yet...


Ironically, Ambien is used to help people sleep, but for me, it was a wake-up call.”

For is a blue, and "used to help people sleep" is passive AND distancing. Note it is not used to help him... It helps people.

He did not say it helps him, and we can't say it for him. But he did say he needs professional, substance therapy, and from that we can reach a probable conclusion...

This man is lying about seeing anyone to help him, and is still in the denial stage of a serious addiction.

Why is he lying about the therapist?

Since we know he lied about a fear of flying being the reason he took it, (otherwise he would have went to therapy for that, which is quite common) and the fact he feels he needs to not only justify the usage, while minimizing it, but he flat out acknowledges he needs substance abuse help, by stating he is already receiving help, but with a dropped pronoun, indicating deception.

An innocent person will not allow for any blame to creep in where none should be. If an innocent person took an ambien to sleep on a plane, they would state reliable denials about substance abuse and strong statements about a fear of flying, and any therapy they were undertaking to help with it...